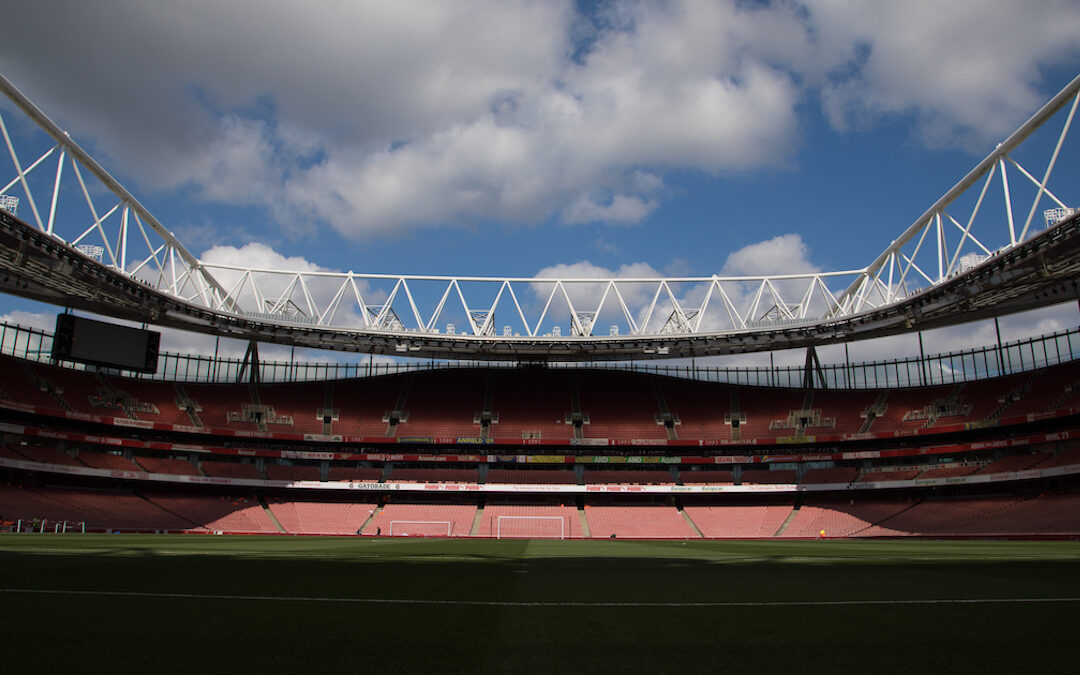 The Arsenal board must be so very bored with the Arsène Wenger conversation.

I wonder just how often they allow themselves to return to it. They must say to each other: “Jesus Christ, we can’t discuss him every single week. It’s just not healthy. We know supporters are doing this, but they aren’t charged with our responsibilities. We must be measured. We must be sure.”

They must set themselves parameters. They must vote to abide by the “you can only raise the Arsène question once every 6 months” rule. Any more often than that and the club is existing in a constant, and disruptive, state of flux.

One of those stipulated periodic meetings will have occurred in the past month or so.

The same observations will have been made that Arsenal directors have been making for years now. They will say, as their fans say too, that we no longer believe Wenger can deliver us the title. They will also say, as only a receding group of the fans say too, we can always rely on Wenger to deliver us Champions League football. That it would be dangerous to take that achievement (of sorts) for granted.

To stick or to twist.

To decide to part with Arsène would be almost the very definition of a gamble. Arsène will always assure his side of the equation (a top four position), but with a new man there could be no such guarantee.

A new man would represent one vital break from the perceived strictures of the recent past. A new man would make it possible that Arsenal could again win the title.

Just as Wenger can guarantee that top 4 placing, he can also promise the board that he won’t win the league. He of course wouldn’t say it, but they would surely know it.

To stick or to twist.

If they were to ask me what to do they would be doing the right thing. I love Wenger as much as the board do, but for different reasons. If Arsène has a problem, call it a weakness, it is that he is too honourable.

Wenger did the bidding of an Arsenal board that was, at a minimum, highly disingenuous towards their fans for far too many years. The board won’t forget him for that loyalty, nor should they.

Shortly after the move from Highbury to the Emirates was agreed, the Western World was in the process of a financial meltdown. The Gunners’ reverse out of Highbury, and into a shiny new super bowl, was to be part funded by a sweet property deal, the one which saw the old Arsenal manor being converted into hundreds of apartments.

The Emirates was always an ambitious project and the price of seeing it successfully come to fruition was a sustained period of austerity at first team squad level. The board had always backed Arsène in the transfer market and the Frenchman had always delivered. Titles, records, the greatest era in the club’s history. The Emirates changed all that. The board needed their manager to put the spending on a diet. They hauled him in and asked him to ‘work’ with them.

Arsène went away and did what Arsène does – he thought. And thought. And thought. Up all night with the whiteboard, the pens and the coffee. He even went back on the smokes for a bit. He paced that study floor of his for days and for nights. Waste paper bin over flowing, pen ends chewed, hair unkempt and eyes blood shot with sleep deprivation.

Eventually he had it. He found the solution. He would build a young team. Not just any young team, but one he would ingrain with the invincible principals of his great sides. He would catch them early or buy them raw. He would mould them and he would let them grow up together. Grow strong together. He would establish a production line of talent. Attacking talent. The type of quality that was so difficult and expensive to buy. He wouldn’t shop for it, he would create it.

Most of all, he would believe in it, persevere with it, have patience with it and stay resolutely committed to it. To them. To an ideal.

So was born the second Age of Wenger. Arsène the idealist. Maybe football history will come to see him as the game’s greatest ideologue. He sacrificed everything for a mission. A mission borne of necessity. A necessity borne of honour.

The Arsenal board know all this. They know what Arsène sacrificed for them. They had hired him, given him an opportunity, backed him with investment, showered him with lucrative contracts. His first loyalty was to them. He was/is an old school soldier. Honourable to the cause. Loyal to the corps.

Fans might say “you should’ve been honourable to us first and last Arsène”. His mind doesn’t work that way. He has no desire to be demagogue. He’s simply not that vain.

Wenger’s new way sustained Arsenal Football Club at a level it had no right to be sustained at. In his primary objective — ensuring CL qualification, and in turn revenue for his board — he never failed. Not even once.

Now the financial ship has been steadied and the board are investing in the squad again. It’s been this way now for a good 3 years. Yet, Wenger’s algorithm goes on. He can’t seem to break his own cycle. He’s forgotten how to be a winner. A real winner.

Make me your director of football, Arsenal board people. I’ll sit Arsène down and try to re-programme him for you. If you came to me for advice, my first offering would be that they shouldn’t even contemplate life without Wenger. Don’t replace the Wenger, reform the Wenger.

Arsène arrived at Highbury and seemed to immediately appreciate, not just what he had, but what he was about to face in a league that was then, as now, like no other. He harnessed the defensive legacy of his dour predecessor (George Graham) and augmented with Europeans schooled in science but equally, and crucially, ready to rumble.

Patrick Viera and Manu Petit were recruited to sit in front of that inherited back five. Iron fists in velvet gloves. Hooligans with the souls of poets.

In the wide positions he made use of running machines like Ray Parlour and Freddie Ljunberg, and complemented them with the pace, skill, and gnarliness of peak period Marc Overmars. Eventually he would add attacking gods like Thierry Henry and Robert Pires, and in doing so completed the construction of an unimpeachable super-team. The like of which, most likely, will never be seen again.

How Arsène must have basked back then. How he must have brimmed with pride, as his French forwards cut a swathe not just in the Premier League, but in leading their country (his country) to all the honours on offer.

How those two sublime geniuses made Wenger feel whole. They were his show piece signings. They completed the grand vision of the first age of Wenger. He’s never got over them.

He’s been trying to re-sign them for over a decade now. To buy them again or to mould young talent into new incarnations of them. He has become a junkie for fleet-footed attacking players. He’s insatiable for the balletic football, that only this genre of footballer can produce.

To great degree, he’s been successful in this ongoing quest. In a certain context, it has undeniably served him well. “The Invincibles” of the early part of the century only really had to see off Manchester United. Arsène’s decade worth of fancy dans and tippy tappers have also had to contend with the money muscle of Chelsea and Manchester City, as well as the occasional resurgences of Liverpool and Tottenham.

Where many see failure in Wenger constantly falling short of the title winning summit, he would contend, that Arsenal’s glass, throughout the second age of Arsène, has been a 90% full glass. He would argue, that given the challenges he has faced, in front of him and behind him, that his second age is at least as professionally satisfying as his silver laden first.

Still, the suspicion remains that he, and his side, could do that crucial little bit better.

“Arsène”, I’d say. “Stop trying to buy Pires. Stop only trying to teach the kids to be Pires. Go out and buy Petit again.”

“But I’ve already bought Granit Xhaka”, he’d say. “Good”, I’d say. “Now go out and buy him again. Maybe buy two more of him. Get one of him who can play on the wing. Stop buying Mikel Arteta. Don’t rely on half measures like Francis Coquelin.”

Alexis Sanchez has been a great signing. Mesut Özil too. But where did they take you to? You haven’t achieved more with them than without them, perhaps with the exception of back to back FA Cup successes.

Petr Čech was a massive step in the right direction. You’ve waited a long time for him, but he’s not young. You won’t have him forever. Go put a centre half in front of him. Then put another monster alongside Xhaka ahead of that new defensive spine.

Only when this is done, will I let you revert to indulging in your penchant for buying ballet dancers and circus acts.

Can you work like this again Arsène? Can your third age reprise the principals of your first? Can you be the new-old Arsène?

Arsène. I will tell the Arsenal board it isn’t a case of sticking or twisting. It can only ever be about you. Until they carry you out of there in a box. It is about you reforming you. About you throwing the 2nd age of Arsène rule book in the bin. About taking the risk that may see you fail. At first. You may have to go backwards to go forwards. Are you ready to be born again?

At some point they must take the chance that it may go backwards, in order to make progress. I would tell the Arsenal people that they must take that chance. They must make that leap. But they must take it only with Wenger. Keep him. Hold him closer than ever, but do try to change him. It is a gamble, but it is the only kind of gamble the club should contemplate.

Stick with Wenger. Let him do the twisting.