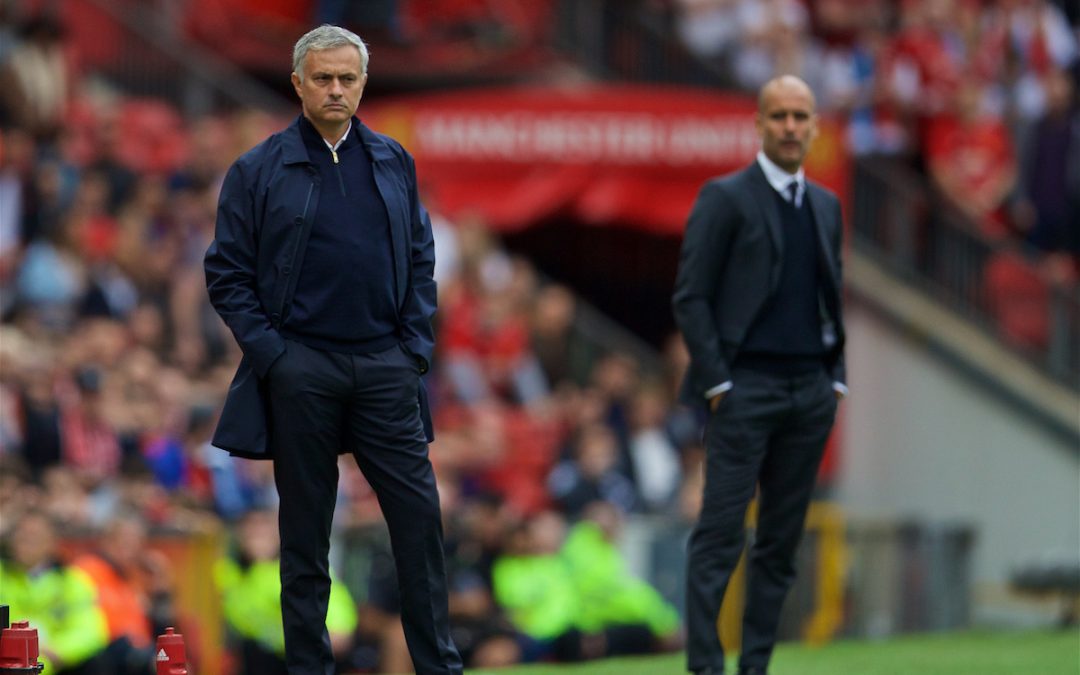 This isn’t an email I ever expected to have to write but here we are. I’m going to give it to you straight – there’s good news and there’s some bad (for you, not me).

The bad is that Ed has decided to appoint me as sporting director of Manchester United Football Club. I know, I know. I was as surprised as you are. But there is no getting away from it, I am your boss now. And the money is bloody great. I know we’ve had our run-ins in the past, but I’m willing to move on if you are. Besides, you were dead right, asking about your record in those third seasons at clubs really was stupid, wasn’t it?

Right. Now the good news. We’ve got a fair few quid to spend (even after our contracts!) to turn this lot into a team worthy of this once dominant football club, thanks to our various noodle and paint partners around the world.

But given you’re the man who sold Kevin De Bruyne, Nemanja Matic, Romelu Lukaku and lived to regret it and Ed has spent a quarter of a billion and gone backwards, it’s going to take something special for me not to outshine the pair of you. And that is saying something. Although I have done some great business on Football Manager down the years.

So consider the following a directive from above. This is the plan:

When you arrived back at Chelsea second time around, you said you would have failed if Dominic Solanke, Izzy Brown and Lewis Baker didn’t become England players in the next two years. Erm. Where are they now, I hear you ask? Exactly.

Now if we look at the facts, you gave the three of them a total of 20 minutes combined playing time and while they have gone backwards, Marcus Rashford – more on him shortly – and Dele Alli are now England players. Enough said.

Sort it in your own head. José Mourinho may be ‘win at all costs’, and if we are honest Manchester United are pretty close to to that too, but we have to honour a couple of these traditions.

Traditions aren’t for you. I know that. Against Walsall in last season’s League Cup, you played Falcao, Terry and Ivanovic. It’s Walsall, José. Who does that?

Now, Louis van Gaal has done you a lot of favours by being Godawful on the field and utterly charmless off it, but the one thing you can learn from him is the promotion of youth. You couldn’t find space for Chelsea’s trophy-laden youngsters, but you don’t have a choice here. You’ve never won anything with kids. Time to start trying to think about it. I know you can do it. Everyone talks about how innovative your training routines are. See it as a form of trophy.

Before we get into the ins and the outs, let’s deal with the elephant in the room. And the questions I don’t yet know the answer to. Can you park the ego? And make this about the club and not yourself? Are you, deep down in your gut, flexible enough to accommodate this club’s attacking principles with your own?

You have done it before, José. I remember the days when Arjen Robben and Damien Duff would fly down the flanks at Chelsea, Frank Lampard would break from midfield and score 20 goals a season for fun, behind Didier Drogba a wrecking ball of a centre forward.

But that was more than a decade ago. Since then you have gone back to strangling the life out of games, restricting opponents and playing the kind of football Manchester United fans have seen more than enough of over the past three years.

I worry, José, I worry that in looking to define yourself against Guardiola and Barcelona you’ve lost too much of that verve, of that flair. Because you had flair. You had tons of it. And now look who is across town. We don’t need to define ourselves against Manchester City and their manager. We are the mighty Manchester United. Let them worry about us.

Your presence alone will give those red shirts and our magnificent stadium some of that old fear factor back, but what the fans want to see is fluid, vibrant attacking football, built on an unyielding, pragmatic defence. Let the players express themselves, let them smile, have fun.

Let’s go from front to back, José. Go and talk to David De Gea. We need him. We have to keep him. Tell him he’s the best in the world. He hated life under LVG, so you’re already one up. Talk up this new era. Do what you do. He has to stay. And that is partly because of the rubbish he has had playing right in front of him. More on that shortly.

Someone tells me Victor Valdes is still here, is that right? If it is, get rid of him and sign Tim Krul from Newcastle as a number two. Tell him he’ll get games in the cup or something.

Chris Smalling and Phil Jones stay but they need a manager who believes in them, who makes them concentrate and helps them eradicate silly mistakes.

Luke Shaw has returned from injury, he’s your left back for a decade.

Marcus Rojo, Darmian and Daley Blind can go. People won’t like it with Blind but I don’t see him being a Jose Mourinho defender. Can you and he convince me otherwise?

I want you to give time on the pitch to Timothy Fosu-Mensah and Cameron Borthwick-Jackson but we need more defenders. Go and get Diego Godin from Atletico. This is worth serious budget.

And I know you have a man crush on John Stones so go and get him too. They will make a good central pair with Jones/Smalling and others able to play on the right – Ivanovic style.

In midfield, we need help. I know you are willing to listen to offers for your old pal Juan Mata. You can add Mr Schneiderlin, Mr Schweinsteiger and Mr Valencia to that list too. And do I really need to tell what to do with Fellaini? No, didn’t think so.

Ander Herrera is flexible enough to work in your midfield. Wayne (don’t call him Wazza, José) Rooney wants to play in midfield and Michael Carrick gets one more year. But we need much more. So go and get Paul Pogba back. It might cost us £80m but he will give us the kind of presence and physically we haven’t had for more than a decade.

Toni Kroos wants out at Real Madrid and he can protect and pass. Those two are our midfield bedrock. We build from there.

Ahead of them, Memphis Depay will get games, as will Jesse Lingard (providing he stops posting silly videos on Twitter). But go and get Riyad Mahrez too, the fans will love him and he gives us some genuine flair and fun.

Adnan Januzaj, remember him? He is still around. As is Ashley Young. Although he has a tendency to spend a fair bit of time on the floor, José. So have a word. Oh yeah. Forgot who I was talking to. At least make him better at it.

Up front, Rashford and Anthony Martial must be encouraged and given genuine game time. I think both are potentially perfect for you. The press will love it if you commit to Rashford early. I know you have done a deal with Zlatan but if you go and sign Benzema or Pierre-Emerick Aubameyang as well you are going to stunt the development of Rashford and Martial. So don’t do it.

James Wilson is there, see what he can do. Nick Powell too. We can reassess in January.

So that is it. You and United should be a marriage made in football heaven. You are both all about glory, trophies, winning and the overwhelming and sometimes misguided belief that you are bigger and better than everyone else. But there are some people out there (not me, José – at all) who think that right now we need you as much as you need us.

This is a new era. Whether it is a special one depends on you.