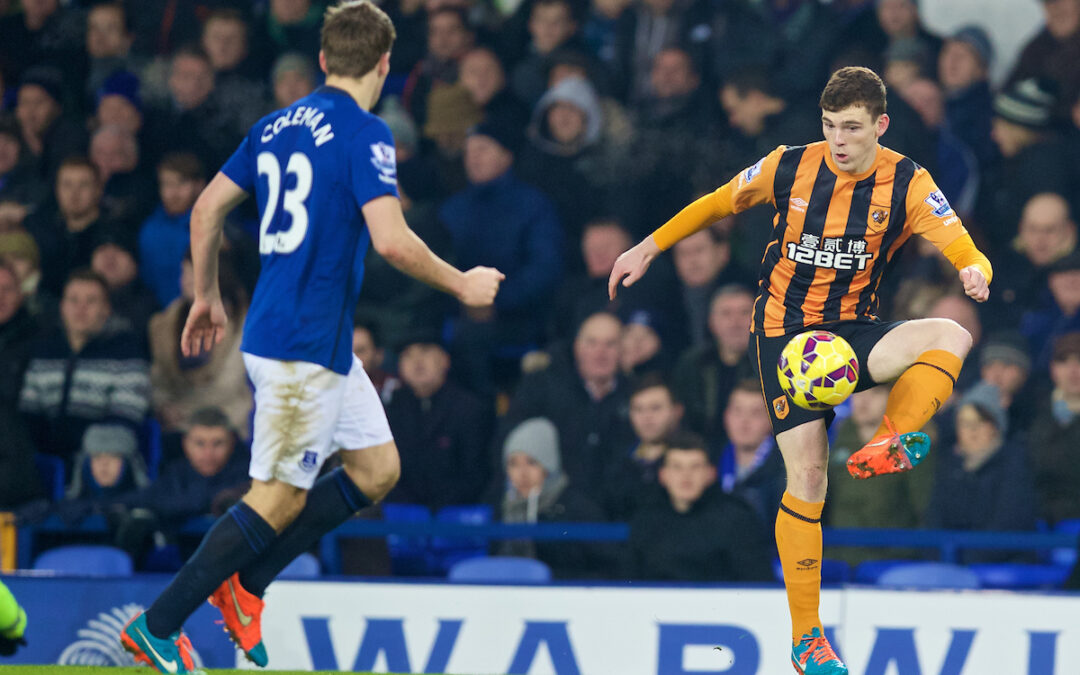 We decided to ask Anfield Wrap contributors what they would do this summer with clubs that weren’t their own; how they would resurrect Aston Villa? How can Arsenal make the next step? Who would you hire and who would you fire?

In 2017 Hull finds itself European City of Culture. This is the sort of thing absolute whoppers decide to laugh at immediately without pondering how and why the city’s bid won. What are they doing in Hull that meant it was made City of Culture? What has been going on here? And it is always worth pointing out that in the run up to 2008 much of England decided to laugh its head off at Liverpool being European City of Culture. The south barely had a nose that hadn’t been looked down because, well, that’s the way things were. And too often still are.

Either ends of the M62 these two port cities are off to one side, but whereas Liverpool’s “Scouse not English” perception has a place in the national consciousness, albeit one which elicits strong feelings one way or another, Hull is instead simply mocked and presumed to be little more than a wasteland; not truly Yorkshire, not Leeds or Sheffield or Bradford. A dump, a city which people pass through, a cultural wasteland.

In short, we have two goals now I am in at Hull City, looking after football operations, two goals that we will pursue relentlessly:

Goal Two – Telling the beautiful south to stitch that.

There is a significant amount of anecdotal evidence that Steve Bruce is one of the nicest men in football. This troubles me. We’re meant to be about needle in 16/17 so we can welcome our European brothers and sisters in the second half of the year. Yet Steve played centre back for Manchester United. We sit down and have a chat, the knot of his tie able to anchor a ferry, and Steve is on board to rattle every cage going. Steve is on board with the project.  Just because Steve is nice doesn’t mean his side has to be. Steel in a velvet glove, he says.

He stayed Hull City manager even after they were relegated in 2015 and kept much of that side together, coming straight back up through the playoffs. For much of the season Hull City did indeed look like a lower mid table Premier League side engaging in an experiment to see what happens in the maelstrom of the Championship. They often looked unplayable – bigger, stronger, fitter, better than their opponents. And then they often looked overwhelmed by the enterprise – another game against wiry lads who just won’t stop; always a scalp. Hull home or away, one of the biggest games in the season for most sides.

Hull have been streaky these last few seasons, in or out of the Championship. We have a strong cup record these last few years; even last season we reached the fifth round of both cups. This is a massive part of our strategy. Me and Steve agree the best way, in the sense of both most achievable and most fun, to get European football for 17/18 is to win the Capital One Cup. Yes, cup football has elements which are a lottery but this works in our favour; we would struggle to have a side in the top half of the Premier League. Are we likely to be better than Leicester City, Arsenal, Manchester City, Tottenham, Liverpool, Manchester United, Chelsea, West Ham United, Southampton and Everton next season? The season after, perhaps, but we need to begin laying the foundations. For now though, we are pouring our resources into the league cup and staying up. That’s all. And making every ninety minutes an intense living hell for our opponents, especially at home.

This side got itself relegated in 2015. It is important to remember. When you look at the side that started the playoff final you can kid yourself it doesn’t need that much doing to it. Jakupovic the sub keeper in goal due to an Allan MacGregor injury, Odubajo who we signed from Brentford and who has impressed at right back, Dawson and Davies at centre back and Andrew Robertson at left back, another who has come into his stride in the Championship. Livermore and Huddlestone in centre midfield with Elmohamady and Snodgrass on the flanks, Diame behind Hernandez in attack.

But there are weaknesses there and the bench isn’t very good at all. Of those not mentioned above, you only really fancy Sam Clucas and David Meyler to be able to find their way in the Premier League and that feels very touch and go. Practically everyone else can go. They weren’t good enough for Steve to turn to in the Championship, they’ll be of little use now.

Therefore, we have no expendable saleable assets and problems to solve. Most players we sign should look to be a first team starter, and push the player he is replacing down onto the bench. Those who come to bolster the squad all need to be good enough to start – we want to be playing two games a week until February. We have a cup to win.

The first problem to solve is the captain. Michael Dawson has been a good and underrated central defender but it is difficult to see him coping with one more year in the Premier League. He might point to the example of Huth and Morgan at Leicester and he might be right to do so, but he was too easily exposed at times last season. At the very least we need to add a centre back who may well prove himself to be of the calibre required.

In midfield we can look to add a quality central midfielder and a right sided player with pace – it frees Elmohamady up to cover a couple of positions. It would be worth putting some pressure on Snodgrass too – he’s a good player but he cannot play every week. We need to find competition and a partner for Hernandez too – we want the option of playing two up front. Hernandez started last season on fire but he was rather extinguished by February. These campaigns are bruising.

Therefore our big move would be for Eran Zahavi from Maccabi Tel-Aviv. He scored 48 from 55 last season, has pace, touch, can play off either flank or go up top. It’s a big move for him at the age of 28 and he’s a player for the big occasion; we’d look to get him on the pitch every week. Goals always pay the rent. We’d do whatever required to get the Israeli to Hull. If we struggled, we might fall back on Berahino who needs a resurgence.

For the right midfield slot we’d have a nibble at Matt Ritchie – he’s had a year of Premier League experience at Bournemouth and his goal return dropped off but he is only 26. Could we get tempt him to Hull? It is worth a very good go. We would also have a go at getting Zakaria Bakkali on loan from Valencia but there is a chance we couldn’t get him. If that is the case, we can’t have too much quality in these wide areas and that would also mean we’d have a look at Salomon Kalou from Hertha Berlin. He wouldn’t come cheap either but could offer both quality and experience.

At the centre of the defence we will feast on the entrails of the damned – Timm Klose from Norwich City will do us. He comes in having experienced English football for six months, ready to head things clear. Dawson can help settle him in. There will be plenty of games for everyone given the energy we’re putting into the league cup. We will also offer to be Nathaniel Chalobah’s Premier League finishing school, loaning him from Chelsea and giving us genuine strength in depth in the position.

Chalobah can also do a job in midfield, which will be important, but we need a player to come in and very much make the area his own. Speaking of Chelsea they have a young lad called John Swift who is out of contract. He has spent the season on loan at Brentford and averaged one in four. He was starting for them wide more often than not but his future is meant to be in the middle of the park. He can come in to bolster midfield, and possibly offer Diame a rest. Diame should play at the apex of any midfield, being a player with lovely touch and range.

But the man to come in and run that part of the pitch for us is one of two men – we’d have a really good go for Jack Cork from Swansea City. Why would he come to us? Well, the sell of Hull will be made to him, emphatically. We need to present as a club on the up. Plus, he should actually be a big move for someone. He’s a lovely player, one ready to take centre stage. If he proves an intractable problem, we could look to Will Hughes at Derby. Hughes’s career has stalled due to him suffering a bad injury early last season, so he could do with a fresh start. We can offer him regular first team football and a platform – grow with us or outgrow us. Either way, it is better than another season in the Championship.

So there we have it. A side which can keep Premier League football, a good manager with a mission. Tons of rotation options for that early season flurry. We are the mighty Hull City. Wemberley. Wemberley. We’re the greatest team in Humberside and we’re going to Wemberley.