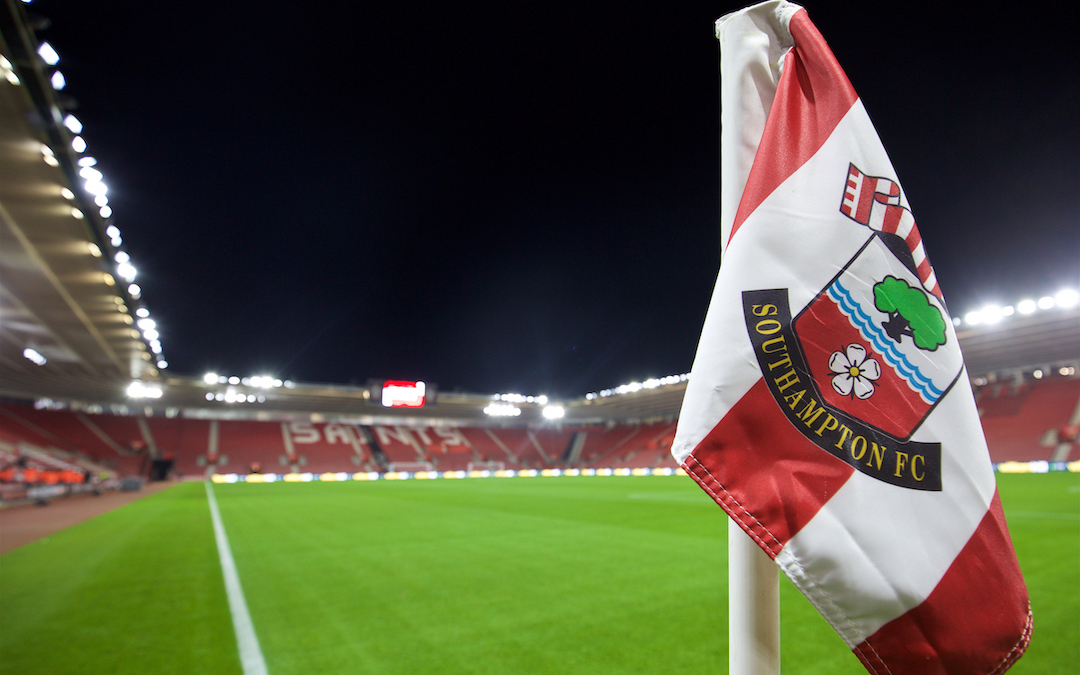 Finishing up my degree in April, I began to turn one eye towards job opportunities in the world of football.

Admittedly these were more in a journalistic capacity yet when Southampton came knocking, asking me to sign up as Director of Football for the upcoming 2016/17 season – how could I refuse?

Before delving into the goings-on at my new club, I feel the need to introduce myself to you, the readers of The Anfield Wrap who might not have encountered my match reports on Liverpool Ladies.

Since becoming a part of TAW in April last year I have joined numerous podcasts based on Liverpool’s women’s side while also writing match reports on every game. As such, I couldn’t let this opportunity slide without plugging the club’s half price season tickets.

For just £17.50 you can watch the remaining five league game, plus any home cup games that prop up and could take the whole family to Widnes, for all five, for only £35.00.

That out of the way, it’s time to get down to business on the south east coast.

My first action as Southampton Director of Football will be to get assurances from Ronald Koeman that the newspaper rumours that declare him in talks with Everton are just that, rumours, and that he remains committed to this club going forward.

At the time of writing my Twitter feed is aghast with the news betting companies have suspended bets that Koeman is to join the Blues. I can only echo their thoughts that to even entertain Everton against the healthy squad, a good league finish in 2015/16 and European football to look forward to next season would be difficult to understand, and would like to guarantee as soon as possible to Saints fans that the Dutchman will remain at the helm.

Since earning promotion back into the Premier League in 2012 and Koeman’s arrival in 2014, Southampton have established themselves as a top flight side; finishing in the European slots in each of the last seasons.

To keep Koeman in charge would be the signing of the summer for the club. An impressive start to life at the Saints that saw him named Premier League Manager of the Month twice in his first season and automatic qualification to the Europa League’s group stages for the upcoming campaign, following Manchester United’s 2-1 defeat of Crystal Palace in the FA Cup final, means building a squad that can cope with the demands of Thursday night-Sunday afternoon games.

First then on our summer wish list, with European football in mind and fully at the forefront, is a couple of Liverpool players.

On one hand this looks like a cop out, looking at Liverpool players. But on another, a European cup run all the way to the final last season while also keeping in mind recent raids from Merseyside on our team weigh heavily on the mind.

Jordon Ibe is a player that has previously been linked and while publicly Liverpool have proclaimed that they are unwilling to sell, after a difficult season the young winger appears to be a realistic target who also has bags of experience – 43 appearances for the Reds in 2015/16, including performances during the Europa League campaign. Ibe could kick start his career at Southampton.

Staying with Liverpool, Kolo Toure appears to be available on a free and his experience would repay any signing on fee immediately. Toure’s influence in the dressing room and on the pitch has been well-documented on The Anfield Wrap in recent weeks.

As mentioned this is a squad I want to build upon, not decimate. We’ll be open to offers for Victor Wanyama, Tottenham circling, and the defensive midfielder entering the final year of his contract. The midfield will then be strengthened by the arrival of Tom Carroll, the 24-year-old out of contract with the North London side this summer and Etienne Capoue who impressed at Watford last season and will offer protection to the back four.

Jay Rodriguez and Charlie Austin will also be welcome to look for other clubs, happy to work with the trio of Sadio Mane – hands off Liverpool – Graziano Pelle and Shane Long who between them found the back of the net 38 times last season.

Adding Ibe into that attacking mix combined with the creativity of Carroll, Dusan Tadic (7 goals, 12 assists in 15/16) and Stephen Davis (5 and 5) from the middle.

Delving into Arsenal’s ranks, a loan move for Calum Chambers will be explored, as the defender can offer cover across the back line, while our big signing of the summer player-wise will be Theo Walcott.

After signing a contract extension last summer with the Gunners he likely wouldn’t be available cheaply. Yet after the disappointment of missing out on England’s Euros squad, Walcott could look to revive his career at the club where it all started for him, and at the age of 27 the forward should be coming into his prime and can re-build his reputation after his Euros snub.

For the most part I will allow the manager complete freedom over the playing style of the team. It is clearly weighted in attack, with plenty of options and competition up front, but this is a squad I believe capable of fighting on four fronts.

Our aims for the 2015/16 campaign must be to retain or improve on the position earned last year. A seventh place finish or above, with progress in at least one of the cups beckons – be that domestically or in European competition.