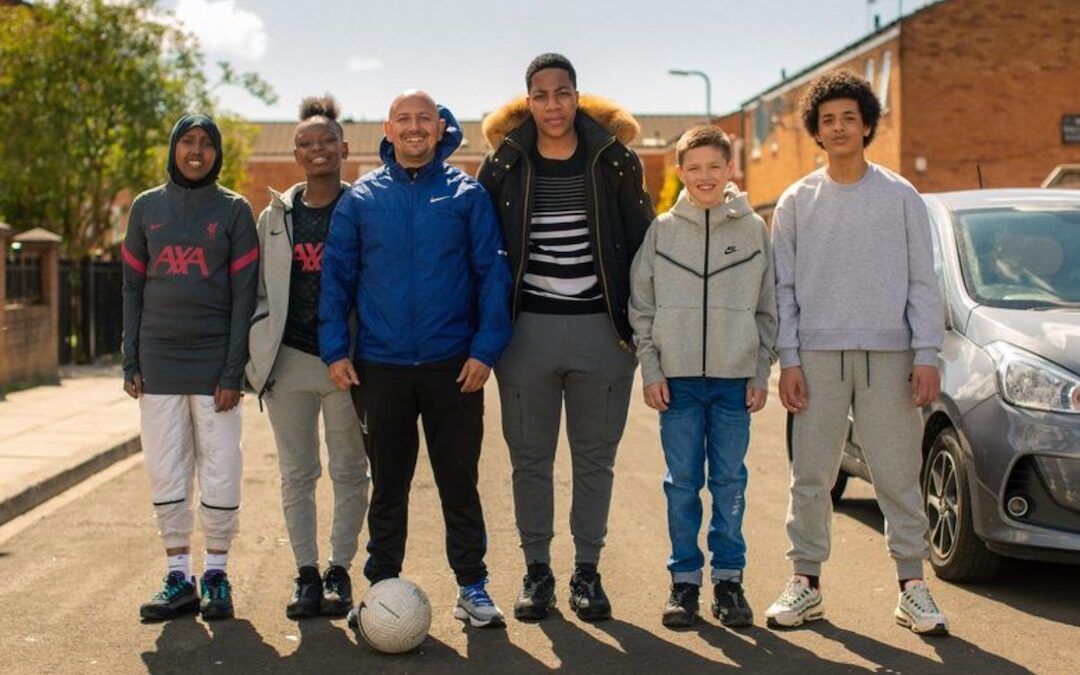 The Anfield Wrap and Nike have partnered for a community initiative in Toxeth alongside Kingsley United and Earl Jenkins to support grassroots football.

Nike has arrived and their partnership with Liverpool is going to mean more than just selling football kits. The global sports brand giant has partnered alongside the Anfield Wrap to support local club Kingsley United. Club Chairman Earl Jenkins is a well known name in Liverpool for his work helping youth aspirations through sport. “I’ve wanted to make sure that we use the football in a way that supports these kids, and shows them a path out of the neighborhood and raises their aspirations,” said Jenkins to our own Andy Heaton when interviewed in The Weekender: Getting Back In The Ground.

Nike, alongside TAW, will work with Earl Jenkins and Kingsley United, Merseyside’s most diverse footy team to create a Kingsley United girls’ team, a BAME [Black, Asian, Minority, Ethnic] youth leadership forum in partnership with other organizations in the city, and a bursary scheme for a BAME coaching course.

The Anfield Wrap is excited that we’ll be working alongside Nike to create real change for young people in the area and we’ve been dead impressed by their vision. Not once have we talked about the kit, instead about how they can make an impact in the community by enabling the city’s young people.

Is it Nike or Nike-y?

“Nike had come in and done some research and the city about what was going on because Nike didn’t just want to come in, put their logo on Liverpool shirts and say ‘right happy days, we’ve done our bit.'” Jenkins said. “They actually do want to get involved in the lifeblood of the city and they actually want to improve the city and make an impact.” 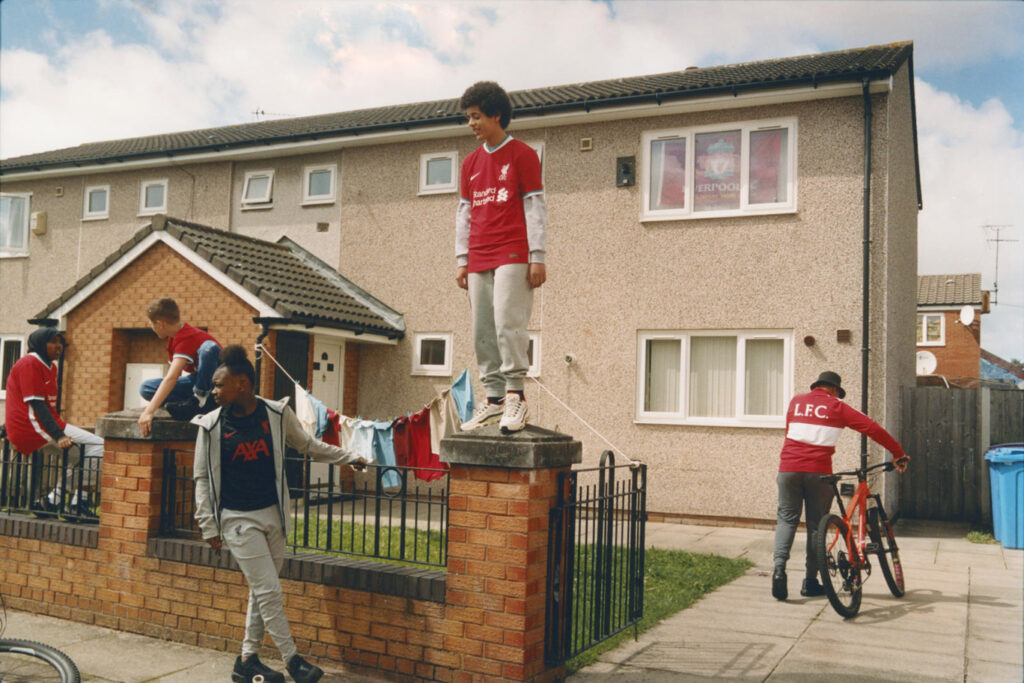 The kids even got involved with Nike’s kit launch and “Tell Us Never” advertising campaign, it was all an exciting secret for Jenkins but it was tough! “At first I couldn’t tell the kids! So what I did was I sent all the pictures of all the teams to the people that they asked me to send them to [at Nike], and they selected them.”

Can you imagine being a kid and getting to be part of Nike’s first ever advert for LFC? Getting kitted out? Being on international television all over the world? “I’ve admired the way the kids have took it in their stride,” said Earl beaming. “They were long days but the kids kept showing the enthusiasm for it and it has been great for them. You just don’t know what doors are going to open from this.”

“The kids were brilliant, they were right up for it… The kids had a great time, they grew out of it as well because it was an experience they’d never been used to.”

Kingsley United came about after a merge with Tiber FC where the two clubs realized that would be stronger together. A new astroturf on Lodge Lane is one of the many signs the club is being revitalized. Kingsley Road is now a symbol of what unites the community through football.  Earl Jenkins describes his coaches as mentors “first and foremost.” He goes on to say “in some respects, some of our coaches become that role model or father figure for the kids in the team. And if you look at any of our training sessions, you can see a real sense of community and family as well.”

The girls team has been successful over the years when there has been enough funding for the team. “One thing we’ve been trying to get off the ground for awhile now… was to get the girls teams going again for the area again, that was one of the things where Nike went ‘yeah, okay we’ll help you with that.’”

England international and Olympique Lyonnais forward Nikita Parris is a Toxeth native and credits Kingsley United as her first club: “My next door neighbour was the coach of the team. He saw me playing in my front garden one day and encouraged me to come along,” Parris said in an interview with the FA. “I loved it and I’ve loved football ever since. I’ve got some really, really good memories from Kingsley… My sister was the centre half, one of my cousins was the goalkeeper and another was the right-winger. We’ve got loads of girls in my family and I was busy getting them all to come and join us.”

Nike will provide teamwear, footwear, funding and help with recruitment. The partnership will also fund football summer camps for children in Toxeth that will be low cost or put on free for families. The camps will be open to young ballers aged between 5-16.

Jenkins credits a lot of people behind the scenes, including Treasurer Ricky Jones. “I’d like to think that we support schools, we support parents and all of that means we’re supporting the kids. I always say that the football is the tool to engage, and there’s no better tool than football mate.”

We couldn’t agree more. We hope this will be the start of working with Nike on projects across the city and we will be looking to work with them to make the most of any opportunities and then tell the story with you all.