Klopp, Carra, Xabi, Rafa, Lucas, Milner And More: The Shows You Might Have Missed On The Anfield Wrap 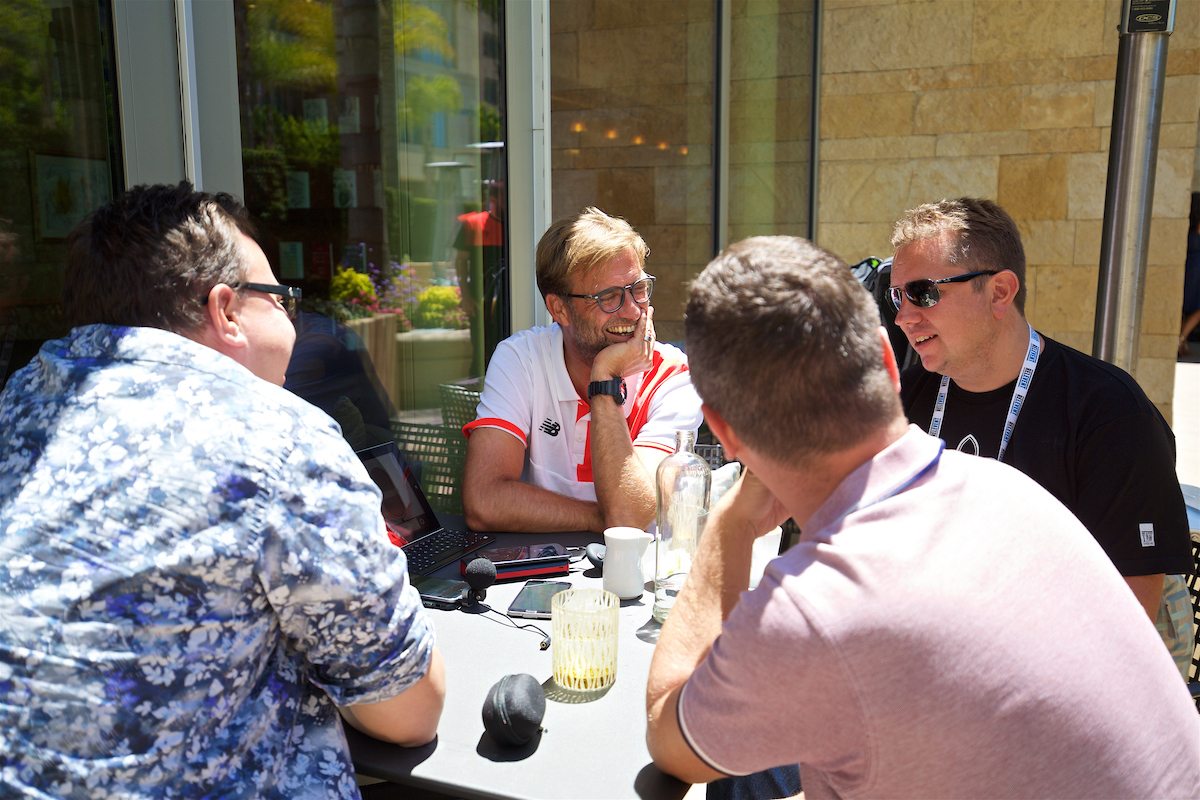 EIGHTY-FOUR days. That’s the time between the last game of last season when we beat Middlesbrough at home and the first fixture of next season when the Reds head for Watford.

It’s a long time that isn’t it?

And with no major footie tournament to distract attention — I’m talking Euros and World Cups here before you start — there’s loads of time to kill.

Ok there are the pre-season friendlies, with the Reds set for a series of eight games before the Premier League returns.

All of this is a long way around of saying if you’re looking for a footie fix, we’re carrying on all summer-long.

If you subscribe to TAW Player you’ll already know that all the usual shows are in the usual places – AFQ is every week regardless, come rain or shine. There’s The Gutter, too – a three-times-a-week plunge into the transfer market to look at news, views and rumours as we attempt to piece together what Liverpool’s plans are this summer.

Then there’s the special stuff, too. We’ve already had an exclusive interview with James Milner this summer and we’re got plenty more irons in the fire. Throw in our transfer committee shows, the quiz, the history shows and the more off-the-cuff stuff when the Reds make a new signing, like the stuff we did around Mo Salah, and we think TAW Player is still offering plenty of value for money at just a fiver a month.

Further though, and we think this is going under the radar a bit, a sub to TAW Player gives you access to our back catalogue. We’ve been releasing podcasts for six years now, with the subscriber shows an addition since March 2015.

In that time, we’ve interviewed players, managers and club officials. We’ve reviewed a string of seasons and talked at length about ex players – the good, the bad and the unsung.

We see our subscribers discussing their favourite shows all the time and in this potential hour of need, this time of football fallow land, we thought it might be an idea to highlight some of the things you might have missed.

So here you go. If you’re soaking up the rays on a beach somewhere looking for something to listen to, this should help. Up the Reds.

Great to have a chat about the Reds with the King 👑 today. #lfc #liverpool

“Shall we talk about the fact that Trent is boss?” 👊

What We Call History

Liverpool And The League Cup

And Could He Play