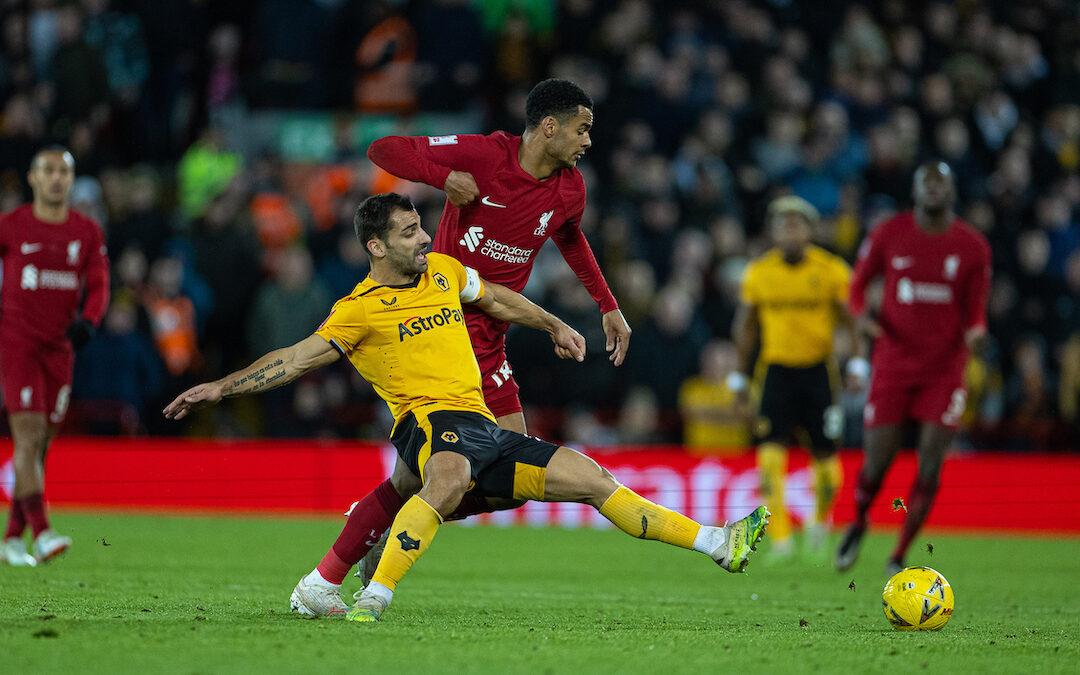 The Anfield Wrap’s match preview before Wolves v Liverpool in the FA Cup third round replay at Molineux, with The Reds desperate to rebound…

AN FA Cup replay. So we have to watch Liverpool again. Unfortunately.

Well what a weekend we’ve had. Brighton & Hove Albion have just done to us what we have become so accustomed to doing to everyone else. It looks as if it may be quite a while before we see the like of those days again.

If anyone somehow did need reminding of how bad we are at present, we face Wolves for the second time in little over a week on Tuesday, as a consequence of how rubbish we were the first time round.

Jürgen Klopp’s men travel to Molineux for a third round replay with the one silver lining being, they can’t get any worse. Can they?

It feels strange to think we went into this season’s edition of the FA Cup as the holders, in fact we nearly went into this season’s edition of everything as the holders. Yet now, with a top four finish being the best we can hope for in the league, the League Cup gone, and a terrifying matchup with Real Madrid to be overcome if we wish to advance in Europe, any chance of securing silverware this year may well rest on whether we secure victory in Wolverhampton. That’s a frightful prospect currently.

Liverpool’s much-discussed midfield remained unchanged at Brighton, as did its performance, which was not just stale but downright mouldy. In the bin. I suspect the manager will change it up for Wolves. It would almost be amusing if he didn’t.

Let’s try and put the doom and gloom to one side and have a look at who is likely to face Julen Lopetegui’s side from the off. 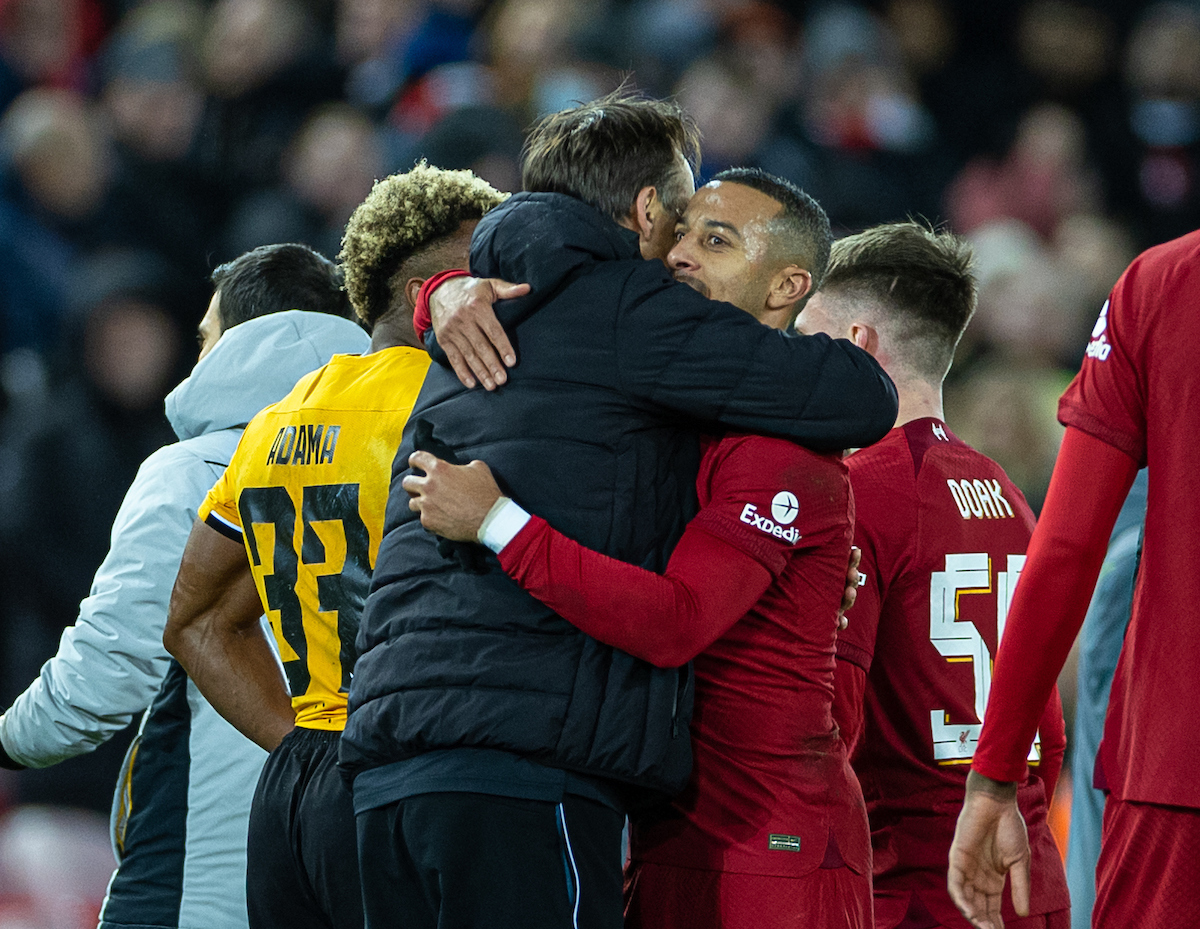 Alisson Becker will retain his place between the sticks and look to bury any remaining demons from his showing in the reverse fixture. Ibrahima Konate was at times a one-man defence down on the south coast and will surely keep his spot in the absence of Virgil van Dijk. I think Joel Matip will make way for Joe Gomez as Konate’s partner, with the Cameroonian being hooked as part of a quadruple substitution last time out. Kostas Tsimikas also looks set to replace Andrew Robertson.

Naby Keita, surely, must start on Tuesday. In his cameo against Wolves at Anfield, he was our best player by some kind of margin, and at least he ran a bit when introduced at the weekend. Harvey Elliott has looked nervy when featuring in the centre of the park this term, yet can be forgiven due to his age and debate about wether he is actually even a midfielder. I doubt Klopp drops both Thiago and Henderson here, but if he does then I suspect Elliott is the man to come in with Naby, Oxlade-Chamberlain being another other option.

Stefan Bajcetic should be fit for the clash, and if he is I’d love to see more of him. If not, then Fabinho will anchor the trio.

Darwin Nunez missed our last Premier League encounter with a knock, and may be left out again. With Roberto Firmino also a way off match fitness, Cody Gakpo’s versatility may be called on once more, with the Dutchman lining up as a centre forward. This provides Fabio Carvalho with an opportunity to earn some proper minutes on the left. Mo Salah should carry on doing his thing down the right flank, however, with Ben Doak seizing more and more first-team appearances from the bench, he may come into contention should the Egyptian be rested.

If The Reds can get past Wolves, another tie with Brighton awaits in the fourth round. Of course it does. While striving to defend at least one of last season’s honours would be nice, the real priority here has to be simply correcting our current form. We can’t afford to look any further than that.

This replay brings a chance to see some fresh legs and right some wrongs. Let’s hope we do just that.

“I think he’s go pretty strong, but one thing is for sure, he has to pick a different midfield.”