How Liverpool FC Women Continue To Be Left Behind 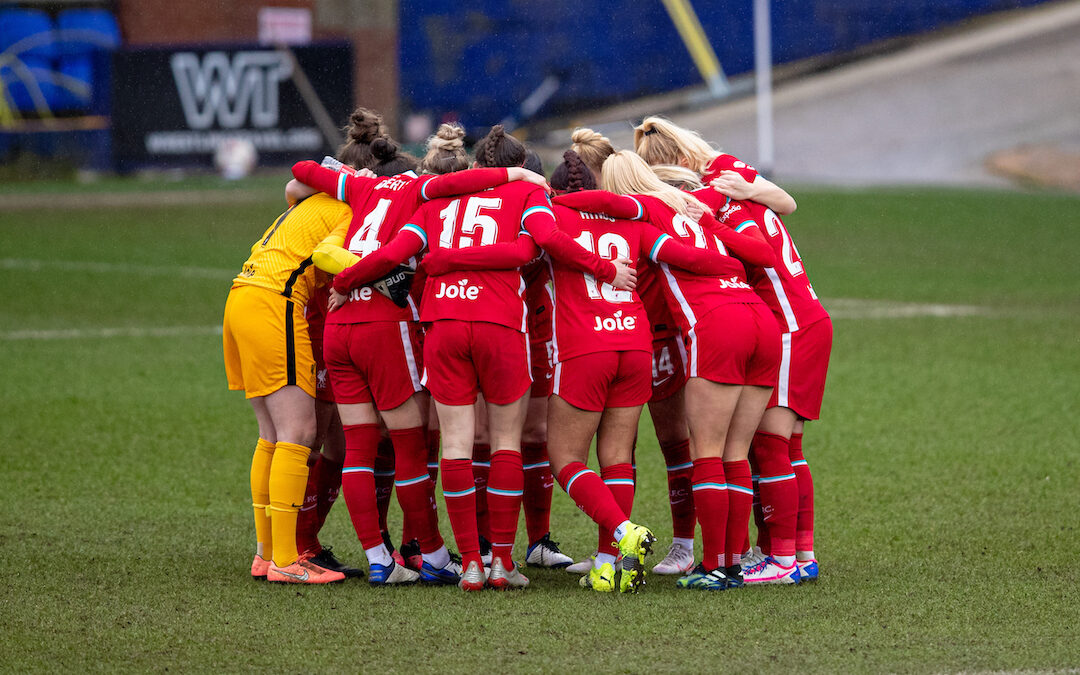 With promotion out of sight and a new manager yet to be named, Leanne Prescott writes that Liverpool FC Women are still being left behind…

LAST summer was supposed to be a wake-up call.

If there was any solace to take from Liverpool’s relegation from the Women’s Super League, it was the opportunity that failure provided.

A painful, yet ultimately necessary stop on the journey to success, it offered the chance to reassess, revaluate and, most importantly, rebuild.

Mike Gordon spoke about the importance of the women’s team within the wider football club, while Peter Moore emphasised the need for further investment. This season would be different, and the ‘two teams, one club’ mantra would hold more value than just PR.

What was supposed to be a rebuild year for Liverpool Women has thrown up more questions than answers.

The club’s decision to part ways with Vicky Jepson after more than a decade’s association with the club was a shock to players and supporters alike, particularly given the timing of the announcement, which came five days before a make-or-break game with promotion rivals Leicester.

To have all preparation for such a decisive game in Liverpool’s season derailed remains hard to make sense of. 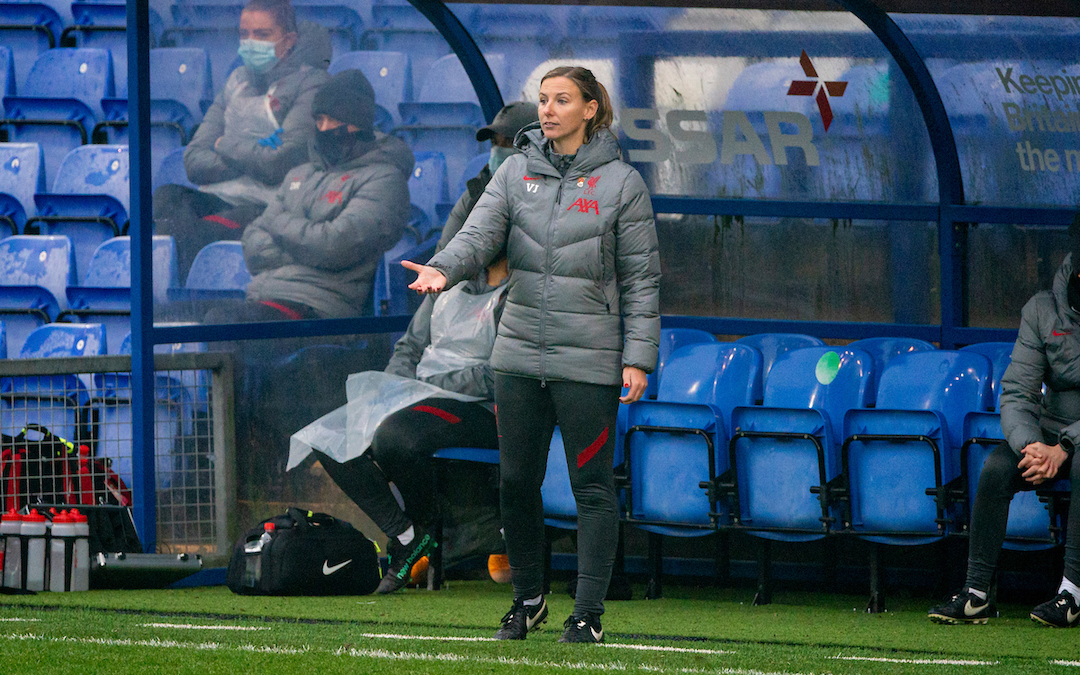 The need for a ‘fresh direction’ was cited as the reason for her departure, but with more than two months having passed since the announcement and a permanent replacement still yet to be named, the club’s handling of the situation is the hard reality of the work that still needs to be done to give the women’s team the backing it deserves.

It’s been widely reported that Liverpool took weeks to draw up a lengthy list of job specifications, with the eventual search continuing until February 12, a month on from her exit.

Whatever the circumstances, it was a huge decision to let Jepson go, and one that required quick and decisive action to show their ambition. Instead, they have let the uncertainty fester.

Assistant manager Amber Whiteley deserves immense credit for steadying the ship in trying circumstances, with three consecutive victories putting The Reds in joint-third and January signing Ceri Holland a particular positive having scored three goals in her opening four games for the club, but it remains to be seen whether she gets given the role long-term.

There will be those that will argue that patience is required to ensure the right fit and get Liverpool back to the WSL, but the absence of a decision and long-term planning is increasingly puzzling.

Such ambiguity over the club’s direction has been compounded by Rinsola Babajide’s absence, having handed in a transfer request in January.

The 22-year-old is one of the club’s best talents, scoring six goals alongside three assists this season, including a wonderful solo strike against Sheffield United, dribbling past five defenders before firing the ball into the bottom corner.

A player capable of producing that something special and so often the guiding light in a team inundated with struggles over the last few years, she now looks set for the exit door ahead of another vital summer for the club, having not been in the matchday squad since January. 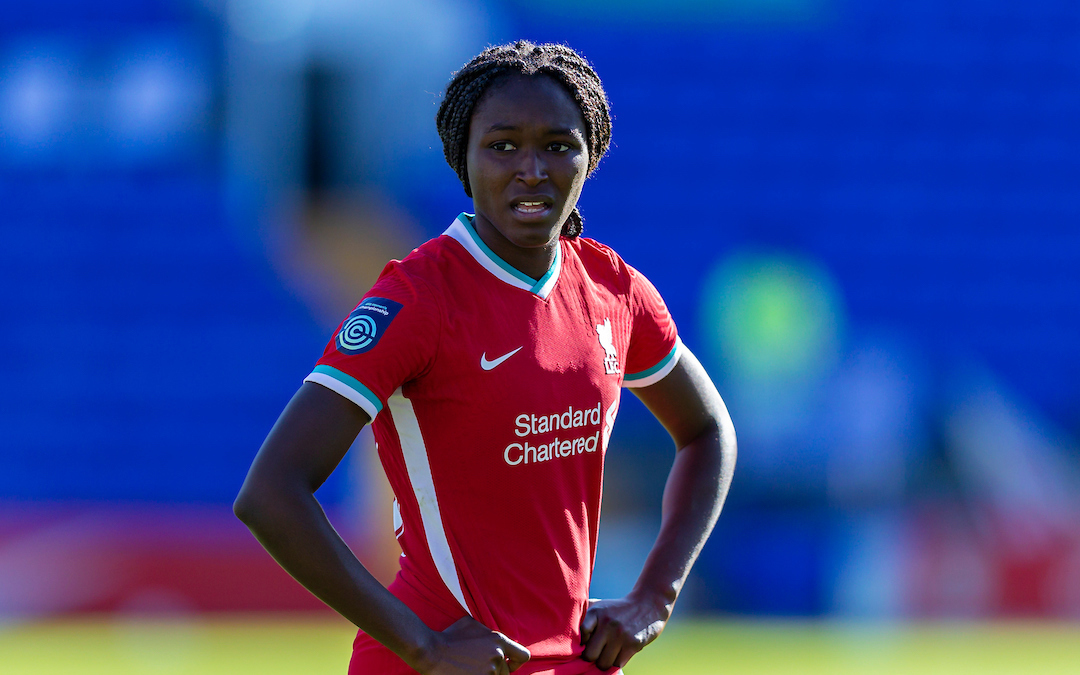 Given Liverpool’s promotion hopes are all but over, the worry will be that that The Reds could be set for another mass exodus if there is not belief the club can get out of the Championship, with as many as six first-team players in Jemma Purfield, Niamh Charles, Fran Kitching, Christie Murray, Anke Preuss and Courtney Sweetman-Kirk leaving last year.

Those players cited the club’s integration between the men and the women’s team and general lack of investment as reasons for their departure, laying bare the scale of the problem.

In 2018, Siobhan Chamberlain said she ‘wanted to know I am part of a project that is doing the most it can to develop the women’s game’. It was a revealing, and scathing insight into a situation that is yet to be resolved, and with a manager still to be announced and no word on the discussions over the use of the new AXA training centre, Liverpool can ill afford for history to repeat itself.

The club have been heavily criticised in recent years for the lack of unification and investment in their women’s team and the current predicament is hardly a ringing endorsement that times have changed.

The drawn-out search for a manager may end up paying off if the right person is found, but for now, it raises more questions than answers for a club who’ve failed to provide the requisite commitment to their women’s team.

Six months ago, a seismic shift was required. Fast forward to the present day and the need for change remains.

Liverpool is an elite club, but they’re leaving their women’s team behind.

They deserve so much more.