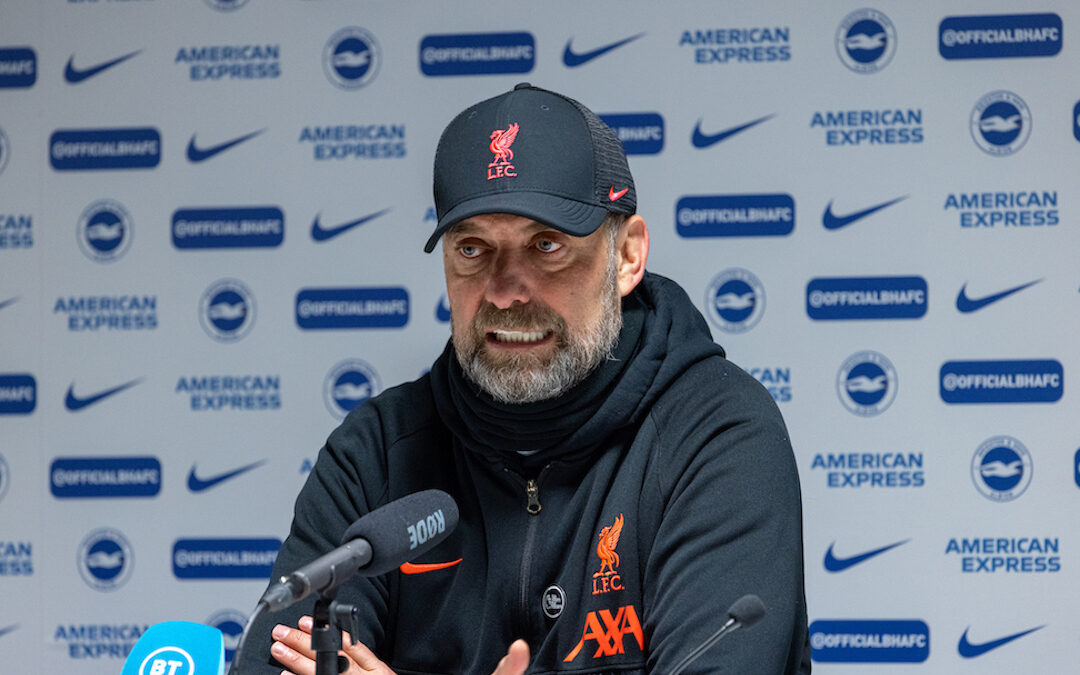 The Anfield Wrap’s match preview before Brighton v Liverpool in the Premier League at the Amex Stadium, as The Reds look to regain some confidence…

CAST your mind back to the start of October. Liverpool 3 Brighton 3.

A Leandro Trossard hat-trick, including an 83rd-minute equaliser, robbed The Reds of three points in an absolutely exhausting match at Anfield.

I remember thinking before that game, the extended break in league football due to the September international break and postponed fixtures would give us time to sort out our inconsistent form. We’d lost to Manchester United, thumped Bournemouth 9-0, and drew the derby all in less than two weeks.

We were back and ready to get our season going… For real. Then suddenly we were 2-0 down within 20 minutes. Twice Roberto Firmino netted to drag us level, and an Adam Webster own goal had surely gave us the win. Trossard ruined the party.

So here we are, three months and a World Cup later. Things have gotten far worse for Liverpool since then. Brighton went on to demolish Chelsea and knock Arsenal out the League Cup, and now even count one of Argentina’s Qatar heroes among their ranks. The Seagulls seem to be going from strength to strength under Roberto De Zerbi.

We, on the other hand, have just barely scraped an FA Cup third round replay with Wolves, saw our defence of the aforementioned League Cup come to an end against Man City, and sit just one point above Saturday’s opposition in the table. All while continuing to exhibit a torrid bout of form that has got everyone begging for January signings.

Jürgen Klopp went strong against Wolves at the weekend. Darwin Nunez found the net and new boy Cody Gakpo made his debut. There is unlikely to have been much respite for either of the two at the Amex, but with the news surrounding Nunez’s fitness, there is a strong possibility he does not feature. 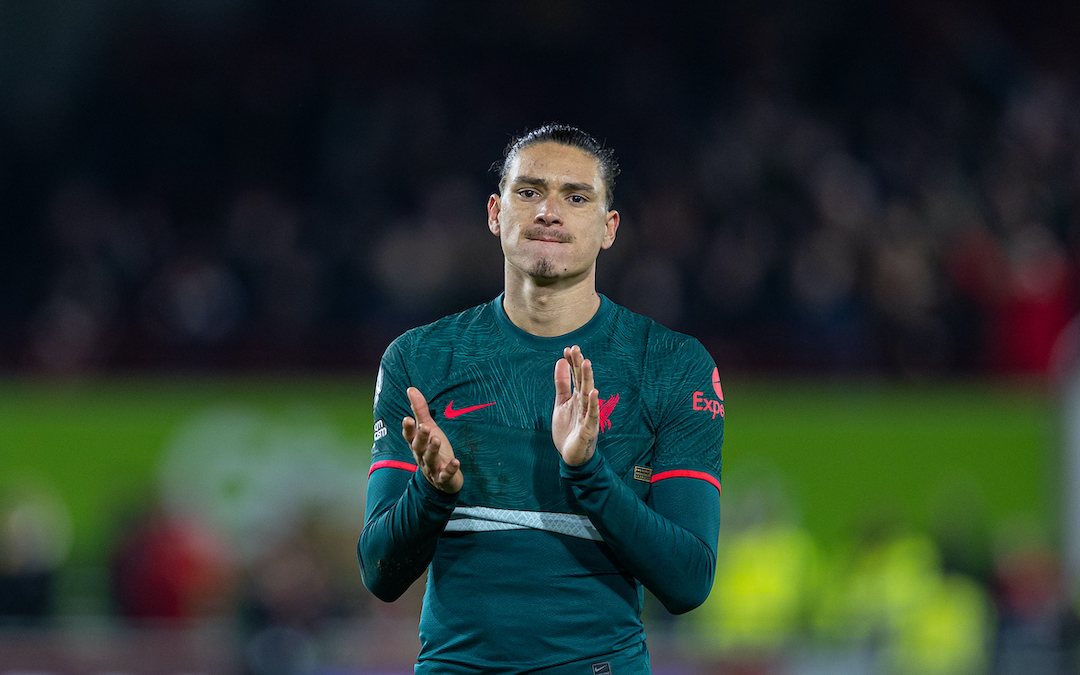 Alisson will retain his number one position in goal against Brighton despite his howler for Wolves’ opener last week. Trent Alexander-Arnold and Andrew Robertson should continue to line up either side of a partnership of Joel Matip and Ibrahima Konate at the back, with Virgil van Dijk still ruled out with a hamstring problem.

Klopp’s midfield selection will be interesting following Naby Keita’s return to fitness and sprightly performance during his cameo in the FA Cup. I still feel as though both Jordan Henderson and Thiago will be preferred from the off, as the manager will be hoping they can play themselves back into some kind of rhythm. Likewise, Fabinho is set to reprise his role despite being subbed for Harvey Elliott last time out following another lacklustre showing from the Brazilian.

Saturday will come too early for Roberto Firmino who is yet to return to training after aggravating an injury so, coupled with Darwin’s likely absence, it looks like a makeshift forward line will be in place. Cody Gakpo is likely to make his Premier League debut at left wing, but if Mo Salah deputises at centre forward, who comes in on the right? Elliott and Ben Doak are the obvious candidates. Fabio Carvalho could also provide a solution by stepping up on the left, with Gakpo starting through the middle as he does for the Netherlands, and Salah staying put on the right.

It’s hard to conjure the same optimism I had back in October and say this is going to be the game where we get things going again. It could be though, couldn’t it? Although Brighton aren’t bad, which doesn’t help.

The flipside is if we can keep Trossard and company from running riot again, the lads will have a genuine platform to build some confidence and begin finding a way through this mess.