Ibrahima Konate Could Hold The Key To Liverpool’s Form 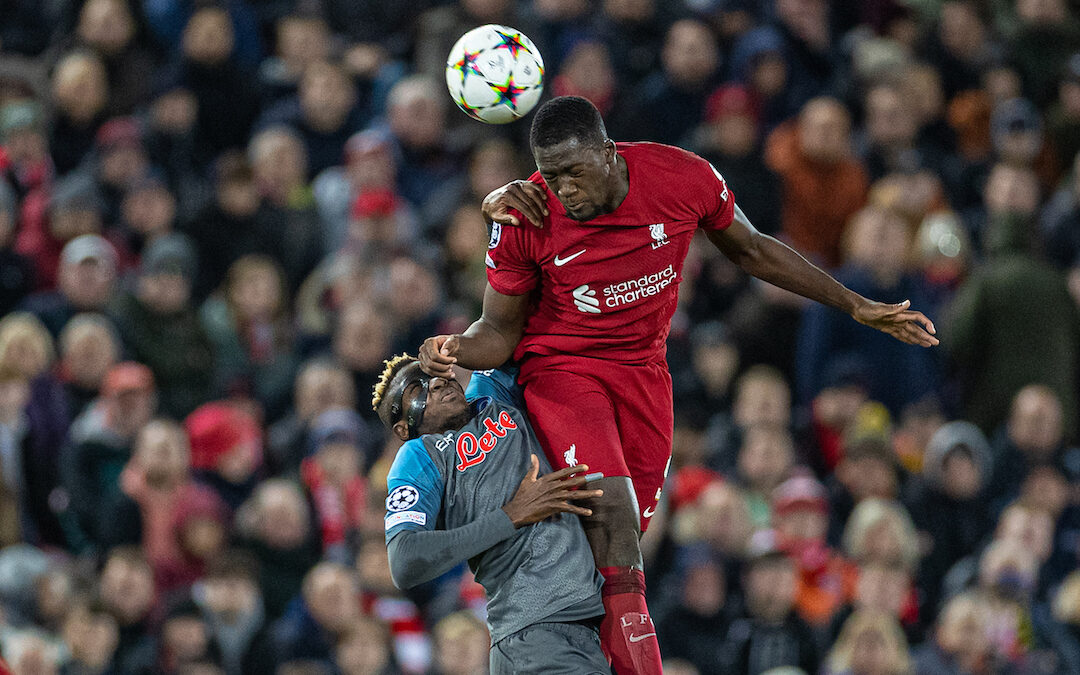 Ibrahima Konate’s performance against Napoli showed a lot of what Liverpool have been missing, and he could hold the key to their form…

THERE are themes to this season.

Liverpool’s ongoing struggle to find their usual intensity is a theme. Their insistence on going 1-0 down is another. That the latter has happened with such alarming regularity is a stark contrast to a team lauded for its compact defensive structure last term.

So far this season, keeping tight at the back has been a puzzle yet to be solved. Virgil van Dijk hasn’t delivered to his own immeasurable standards, Trent Alexander-Arnold has been handed his fair share of criticism and Joe Gomez has continually struggled.

That the first goal Liverpool conceded against Leeds at the weekend came after his attempted pass back was the latest in a growing line of mistakes from the Englishman, who, despite impressing against Manchester City, has struggled since.

Yet, Tuesday’s win brought with it the renewed hope of a way forward for Jurgen Klopp’s side. Liverpool didn’t set the world alight, but they were compact and measured — two things that have rarely been said this season.

The shape was better, the structure maintained and the roles of every individual clearly defined. Sometimes there is an art in being boring and while Darwin Nunez’s late introduction ensured suitable chaos ensued, it was a result founded on improvements at the other end.

For all the talk of a dead rubber, Liverpool became the first side to beat Napoli this season and only the second to stop the Italian’s scoring, giving them a valuable confidence boost ahead of a critical weekend in the Premier League.

Indeed, it was a night of real improvement from a defensive standpoint and a major part of that came via the return of Ibrahima Konate, who showed minimal signs of any rustiness after his injury layoff. 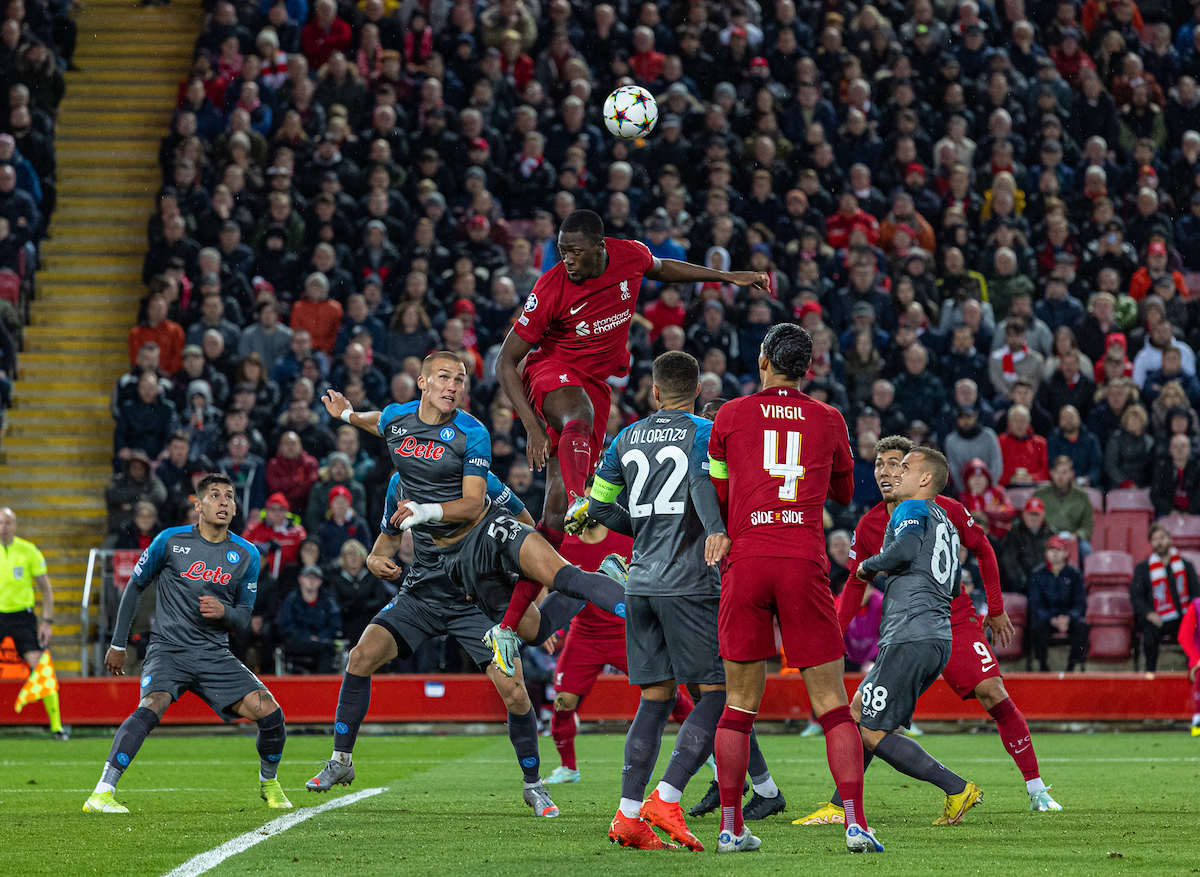 Stepping in and being on the front foot to win possession, he ensured The Reds gained an early foothold in the game, keeping Victor Osimhen at bay. Such reliability in one-v-one situations has been sorely missed and it is his reading and positional awareness to understand dangerous situations as and when they develop that make him such a valuable asset to this side.

Equally as crucial in the modern game, however, is a defender’s ability to play out from the back and Konate’s composure and creativity in possession was equally as impressive on the night.

On several occasions, he delivered a Matip-esque run forward, breaking the opposition lines to create space for others. A player whose physicality and aerial presence offers an additional threat from set pieces, his movement was also instrumental in creating space for both Van Dijk and Nunez in the buildup to both goals.

That Liverpool collectively looked as coherent as they have done all season was no coincidence, everything just feels that little bit more secure when Konate is involved and having him at the heart of defence must surely be the way forward now.

First-choice partner to Van Dijk last season and Liverpool’s best player in the Champions League final, it is easy to forget the Frenchman remains a player with his best years ahead of him given his growing prominence for both club and country, and having him fit and available again could be key to this team changing their fortunes.

Not for the first time Liverpool saved their best for Europe, but Jurgen Klopp will know they need to ignite their league campaign sooner rather than later if they’re to be involved in the Champions League again next season.

Sunday’s affair feels critical in doing so and a centre-back partnership of Van Dijk and Konate might just hold the key.

Review of Liverpool 2 Napoli 0, including a look at the stats and tactics. @dan_morgan3 hosts @Knox_Harrington and @Sean_Rogers…