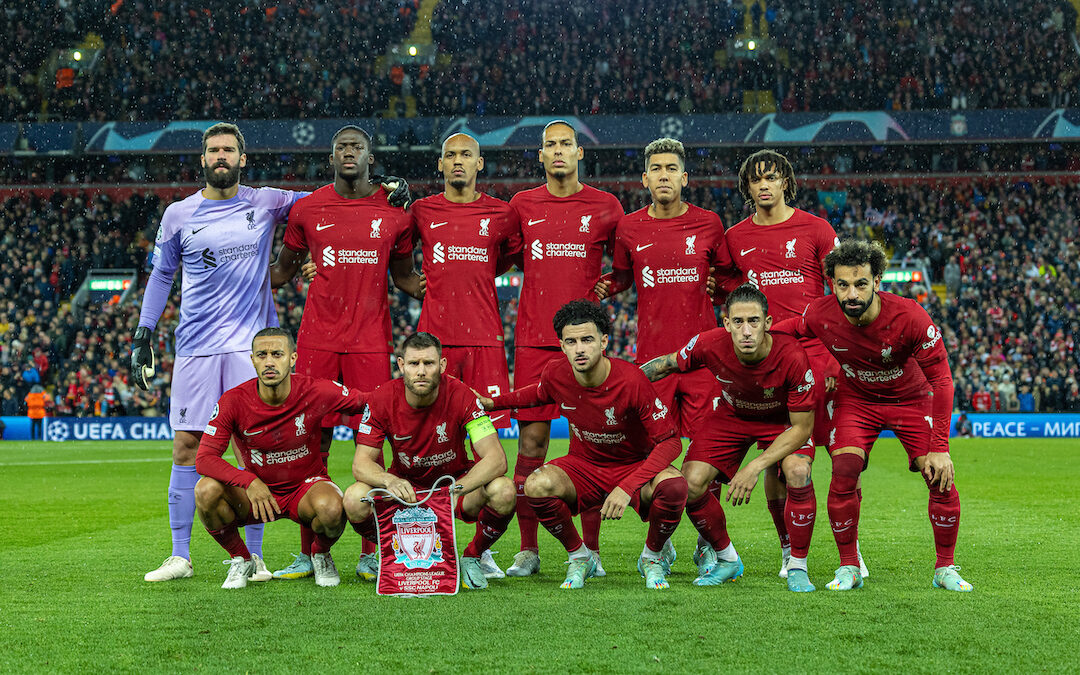 A GOOD game. An honest to goodness good game between two good sides.

For the second time this season Liverpool have beaten an unbeaten side, laying claim to being the best in the world as they rock up to Anfield. Napoli created a little more than Manchester City but, similarly, got no gifts.

It isn’t that they aren’t good. They are the absolute business. I’m so glad they went strong because it justified Liverpool taking no chances and fewer prisoners.

The shape was a massive boost, but so was the general commitment to walloping. Walloping footballers and the ball and anything you have going. Liverpool — bar the crazed five minutes after the disallowed goal — walloped first and asked questions later, and my god was the robust nature of it appreciated.

You couldn’t and can’t play 4-3-3 forever. Every palette needs cleansing. Similarly, you need to allow players to be themselves within roles. But what isn’t true is that there is a deep problem with the occasional square peg in a round hole.

Against Leeds, Liverpool were all holes and no fucking pegs and it was unacceptable. The job isn’t that everyone plays brilliantly, it just can’t be. And today Curtis Jones puts in a deeply pleasing performance on one hand, but that of a square peg in a round hole on the other.

He makes the role his own while not being Sadio Mane. He hangs in, hangs Liverpool in. Has presence and touch. He plays well and well matters. Getting to play well is actually, on nights like tonight, more important than shifting from well to brilliant.

Part of being a squad and a football team is that you cope. Part of being a good player is putting a stamp on while coping. Tonight Kostas Tsimikas nailed that too. He isn’t Andy Robertson but he was himself and horrible to play against and that is all you want. All you can ask.

As the game wore on Liverpool imposed physically. For long periods of the first hour it felt Napoli won too many loose balls but that shifted. Those loose balls became Liverpool balls and it felt as though Liverpool found physical gears they have been lacking.

They were also brave. Especially Thiago Alcantara and the use of Thiago Alcantara. He gets the ball, is passed the ball in situations which normal footballers would find terrifying and he manages to wriggle over and over. It is a way to play football, a way to live. It is thrilling and electrifying and I am in favour of it and against it in equal measure.

They love the bravery when they find their way. What there hasn’t been enough of is finding their way. They’ve been trying to run before walking. Today each of them plays their way in.

The big fella is also thrilling and electrifying and I am in favour of it and solely in favour of it. He brings so much and is constantly effervescent. Mo Salah does brilliantly for the goal. That’s the poacher’s position.

It was fabulous to see Ibou Konate back and he seemed to revel in the contest. Revelling in the contest has also seemed occasionally absent but Liverpool managed that as a crew. It’s all you can ask.

Tonight isn’t an end but it could prove a means to one. A reminder of core values. A way to recalibrate. But let’s not get carried away.

We’ve played well against a good team. We need to do that again on Sunday and we need to stay calibrated into winning the right to play. Which is Jurgen Klopp’s Liverpool to a tee.

We need to find our way back to playing more pressure cooker football. We need to smother like a vice. We can get back to that. But we start it by being the football team that personifies the main man.