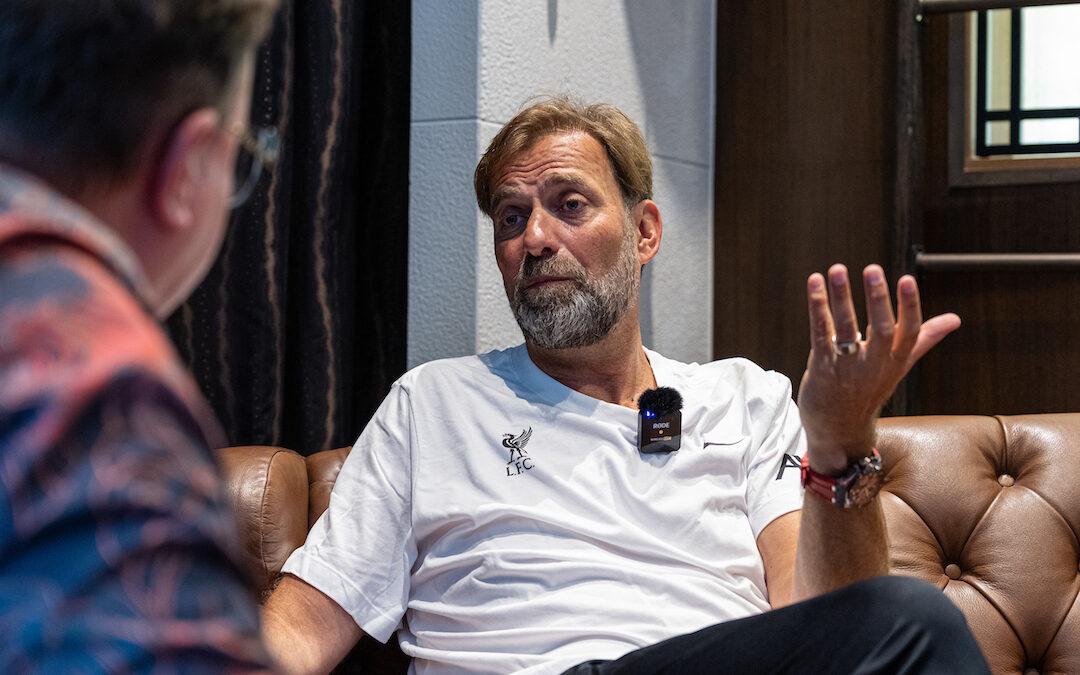 The Anfield Wrap’s exclusive interview podcast with Liverpool manager Jurgen Klopp from The Reds’ 2022 pre-season tour in Thailand, the day after he and his squad arrived in Bangkok..

Neil Atkinson quizzed the boss on his feelings about the return of supporters to stadiums last season, building up to a crescendo as 500,000 took to the streets for the club’s domestic cup double parade just hours after disappointment and injustice in Paris.

However, it might have also been a bittersweet experience for a few among the squad – no less the departees Sadio Mane, Divock Origi and Takumi Minamino – though Klopp reiterated that it was still an occasion to savour for everybody involved, as he shared with us his emotions from the day.

The manager also discussed the rumours surrounding Jude Bellingham, as links to the Borussia Dortmund midfielder refuse to go away, though a move seems increasingly unlikely to happen this summer with the club continuing to suggest they’re happy with their options in the centre of the park.

Below is a clip from the show – subscribe to TAW Premium for the full Jurgen Klopp interview podcast, plus coverage on location from Liverpool’s pre-season tour of Thailand and Singapore; with post-match shows, tour diaries and more exclusive interviews to come…