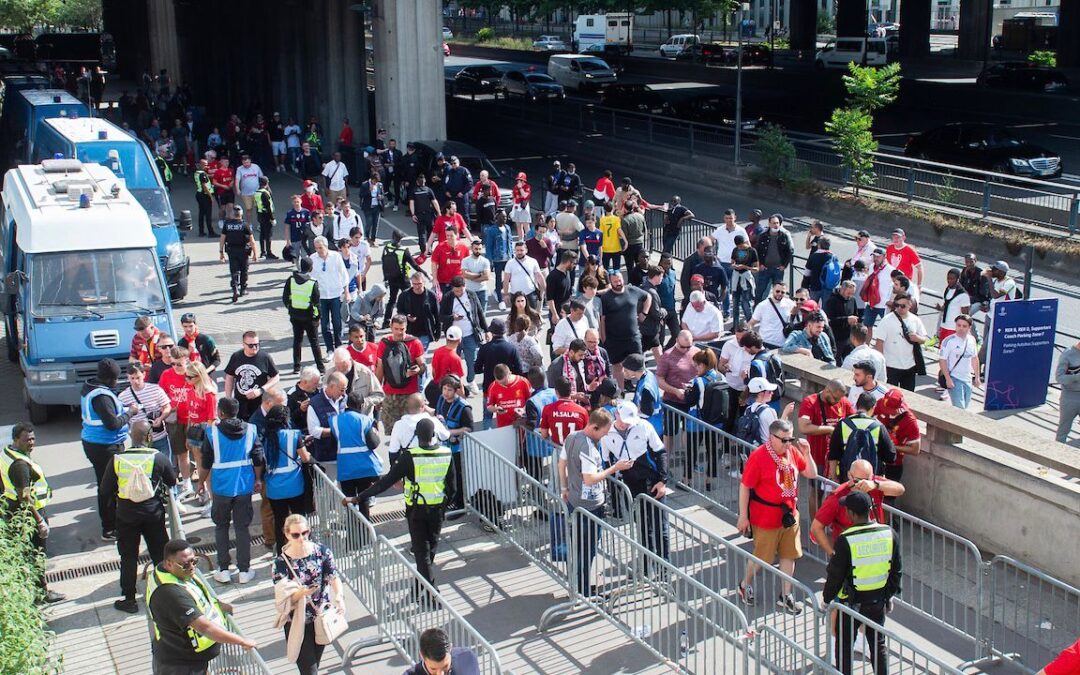 Reaction to the hearing of French government ministers Gerald Darmanin and Amelie Oudea-Castera, in which more lies were told about Liverpool supporters in Paris…

Amélie Oudéa-Castéra: “I have the perception there was an incoherence between these 30,000-40,000 and the 2,500ish fake tickets UEFA has reported.”

That’s because the first number isn’t real, you moron.

Amélie Oudéa-Castéra: “The pre-filter ticket check filled up because there were so many fake tickets. 55%-70% of tickets there were fake. UEFA didn’t believe this statistic when told by staff. They said the pens must be broken.”

That number is mathematically impossible. Lies.

Amélie Oudéa-Castéra: “There were attacks against police and stewards on an unprecedented scale. Liverpool is a big club, with a good coach and great players.”

And that’s the end from her. Utterly unhinged. A dreadful liar.

Gérald Darmanin: “If we had not closed the gates there would have certainly been a pitch invasion and the match would not have been able to go ahead.”

I honestly think that this man might be seriously ill. He is drowning in this hearing.

Gérald Darmanin: “I have a lot of respect for Liveprool and they have got a lot of good fans. But we all remember of course there were big problems at Wembley a few years ago [at the EURO 2020 final.]”

That has absolutely nothing in the slightest to do with this. Whatsoever.

Gérald Darmanin: “The fan zone was open since the morning.”

No, a lie. @TheAnfieldWrap were due to start the event on stage at 1pm but the park was empty because it had not yet been opened by authorities.