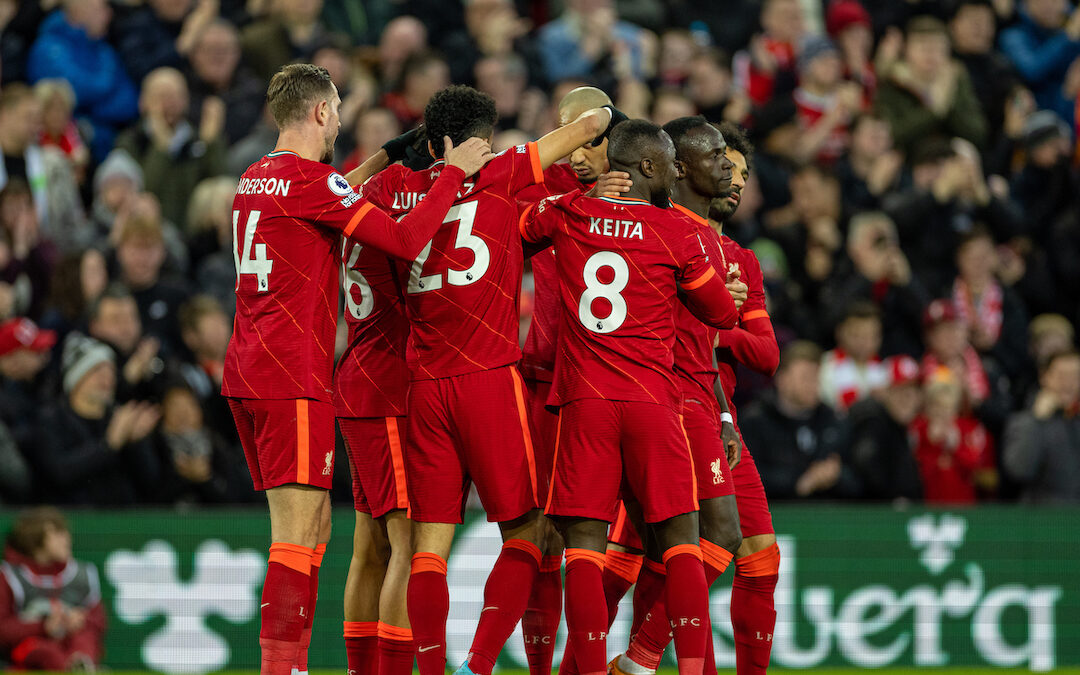 Free podcast looking back on Liverpool 1 West Ham United 0 in the Premier League at Anfield, and ahead to Inter Milan in the Champions League.

Subscribe to TAW Player for more on Liverpool 1 West Ham United 0, as well as reaction to all the news and events that matter to you…

a) All go for a 1-0.
b) A performance that verged on excellence but became about getting the job done.
c) Salah could have killed it. But we came through.
d) West Ham played well but didn’t do much second half.
e) There is a feeling around the side.

So the controversy/chatter around the offside trap

a) It’s amazing what they are doing in one sense. Unique and ambitious.
b) Been thinking about it and it is the new passing it out from the back.
c) It is pretty much working. But like passing it out from the back as soon as it looks like it doesn’t it looks ropey.
d) Importance of VAR around it on the one hand, the late flag and linesman issue on the other.
e) But a lot of clean sheets since the turn of the year.
f) Perfectly fair to say it is the right approach, it is high risk, and that maybe we didn’t nail it on Saturday?
g) And fair to say West Ham are good and a lot to deal with in some ways?

a) A unique footballer who was good at the typical on Saturday.
b) Astonishing what he is doing. No one else can get near him. He isn’t redefining the position. Because nobody else can do it.
c) He is capable of anything.
d) Taking him in is going to prove difficult. But this is true of a lot of these lads. They are really unconventional but incredible footballers. The keeper, for example.
e) And the left back is great too.

a) Excellent game from him.
b) Hitting that role’s mark. Not Thiago, not Gini but his own version.
c) Felt Fabinho had an off day out of possession. Good on the ball.

a) Another goal at number 9.
b) His approach to it.
c) The pace and threat.
d) Diaz off the left.

a) What are we expecting from the line up?
b) 5 subs.
c) No away goals.
d) Just need to get through. We have the basis for it.
e) Knockout European Football at Anfield. Amazing.