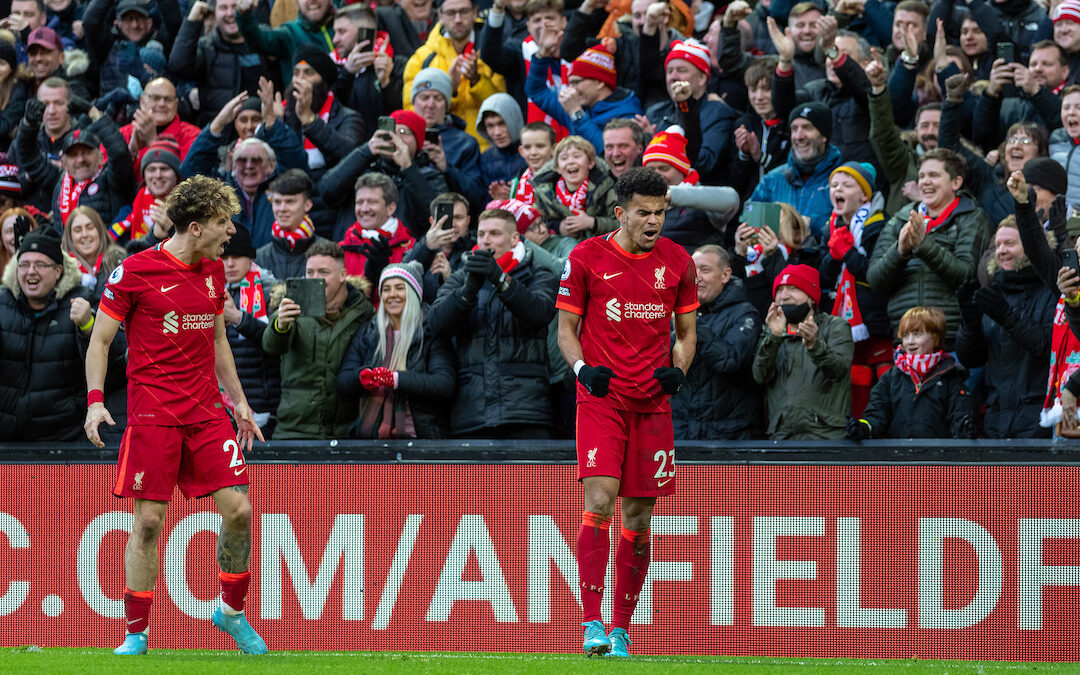 Free podcast looking back on Liverpool 3 Norwich City 1 in the Premier League at Anfield, and ahead to Leeds United on Wednesday night.

Subscribe to TAW Player for more on Liverpool 3 Norwich City 1, as well as reaction to all the news and events that matter to you…

a) First 45 Liverpool don’t play well but should still go in ahead.
b) Norwich have a clear plan. But then so do lots of sides at Anfield.
c) Half time doesn’t come at a good time.
d) But Liverpool are woeful just after the break.
e) Everything turning and a quiet Anfield becomes a furnace.

a) All game was terrific to watch. Must be terrifying to face.
b) Constantly changing his game. Feels like there is more to come.
c) Such a clever player, such a clever finish.
d) His pace is interesting. He is obviously quick, doesn’t look blistering as he used to, until…he does.

a) Difference he makes immediately.
b) Such charisma in his play.
c) Finds gaps to pass into and moves Liverpool up.
d) But more than that, he finds space all the time for himself.

a) Both on the pitch at the same time and both played a part.
b) Mane through the middle is interesting.

What happened at the Etihad

a) City have become less imperious recently. Not carving out great chances.
b) Spurs are obviously capable of being really good and really well set up.
c) Liverpool have looked more and more serious as the weeks have passed.
d) We’re second favourites. We should be second favourites. But they will have to earn it, it looks.

a) They got battered by Everton. Everton.
b) Shipped four to United.
c) But you always have to earn it against them.
d) Pick me a team, and there is a cup final on Sunday.