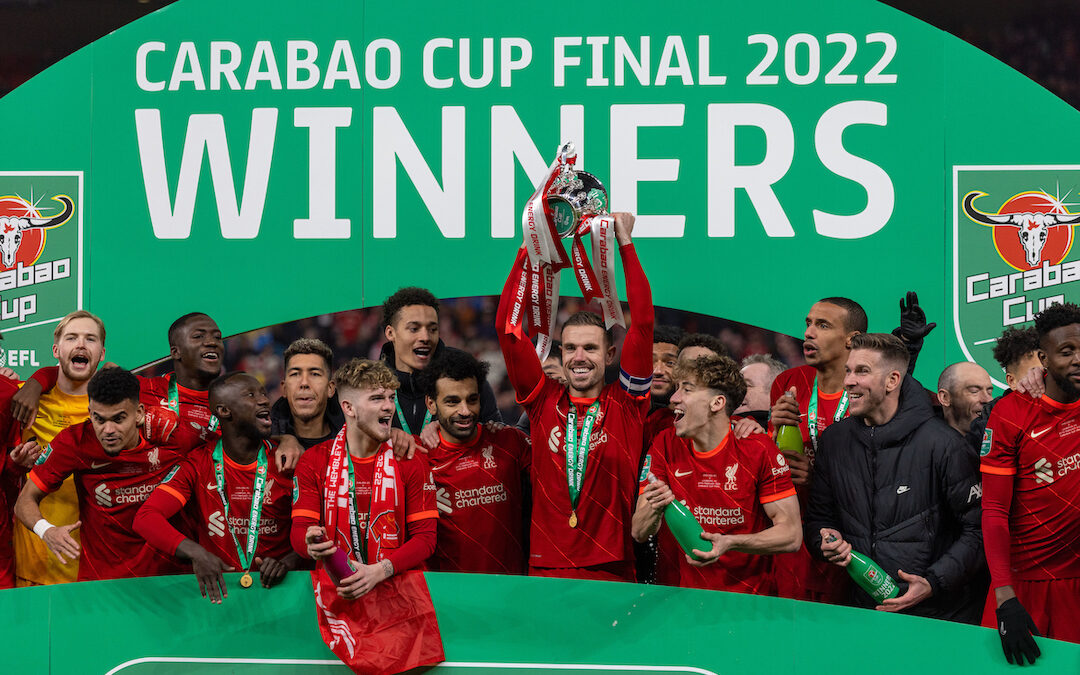 Free podcast looking back on Liverpool v Chelsea in the League Cup final at Wembley, and ahead to Norwich City in the FA Cup at Anfield.

Subscribe to TAW Player for more on Liverpool v Chelsea, as well as reaction to all the news and events that matter to you…

Liverpool win on penalties.
a) Multitudes in this game. May not make the agenda.
b) Firstly – the end. What it meant to them all.
c) Footballers love trophies. Who knew. But they loved that this was all of them.
d) The penalties. So many brilliant pens. Felt it may never end. Have watched van Dijk’s and Fabinho’s a million times. Penalties may be finished though.
e) Chelsea played really well. Couldn’t have played much better. Played them 3 times this year and there hasn’t been much to choose between the sides.
f) A genuinely epic encounter. This was a reminder that it is perfectly legitimate to think this could be the CL final. But we were the better side.

OK then. van Dijk MOM.
a) Faultless almost. He’s on another plane of existence.
b) An alltime great. He was that anyway. But…
c) The bravery of the line being tested. The Mount chance before half time would have counted.

Which brings us to…Liverpool start and end both halves a bit sloppily. Testament to what we put in elsewhere?
a) The subs and the importance of them.
b) The keeper stands strong.
c) Very nearly, when we grab it back, a final grabbed by Mane and/or Matip. Neither finish the game.

Luis Diaz has only been here five minutes.
a) Every now and again you see that being fair. But he was excellent.
b) What an introduction!
c) Has hard lines not to score. Salah should do better with his one on one.
d) Mendy is good isn’t he…

James Milner the man you need when you need him still.
a) Game drops in pace and he is constantly present.
b) Sorts Elliott out when he gets involved.
c) Keita did brilliantly under the circs.