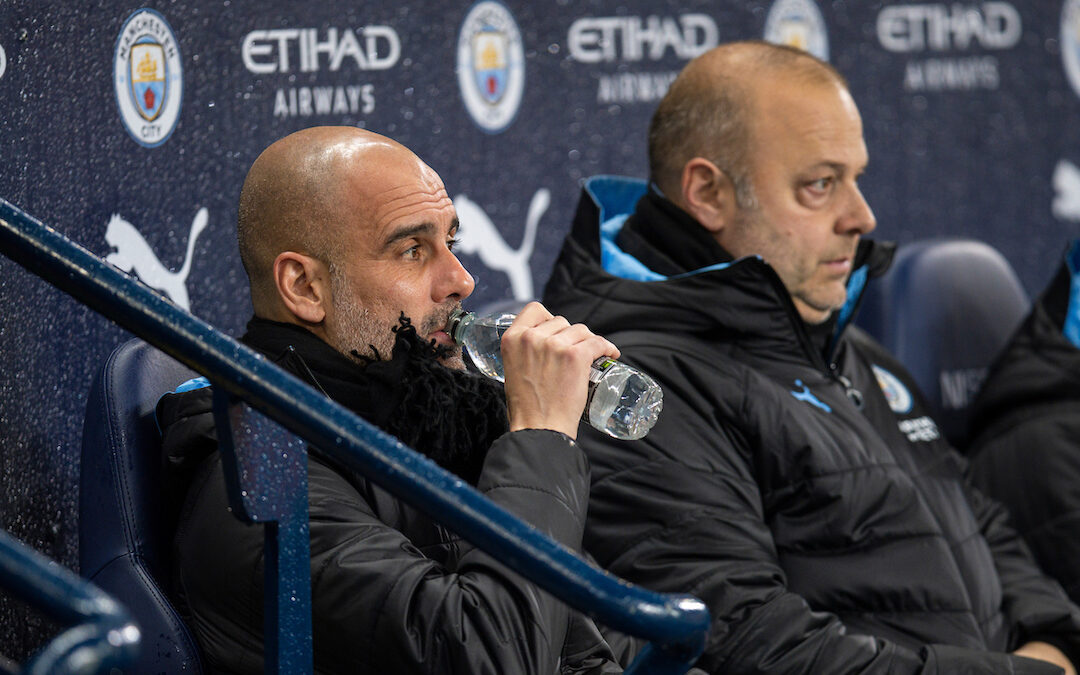 With the Premier League returning this weekend, Saturday kicks off with a title race six pointer between the top two Man City and Chelsea.

Bookending with Derbies. NLFUCKINGD to come. But first.
a) Brighton/Palace
b) Loads of things about this game which are interesting but these are arguably the two most attractive midtable sides having a go
c) Loads in common all of a sudden. Including flipping players now.
d) Idea of both having a certain catchment and an identity.
e) Need to remain viable and relevant.
f) The Blueprint Derby?

Man City/Chelsea
a) So Kweku is scared of City and David would take a point.
b) We know how to pick them.
c) The key question really is what is the Chelsea approach. So what will the Chelsea approach be?
d) The Toosh will be looking forward to this one.
e) Chelsea had the midweek game but hardly a work out.
f) Guardiola’s aims and needs from this one.

The 3pms
a) Norwich haven’t scored a league goal since the 30th November
b) Here come Everton.
c) “Sometimes it only takes one person from outside to destroy a beautiful love affair”
d) Newcastle/Watford – I mean a Watford win would be ridiculously funny.
e) Wolves are actually good.
f) Will Leicester ever play again?

Manchester United go to Steven Gerrard’s Aston Villa (SGAVFC).
a) Rubbish against Wolves. Limped through the cup game.
b) What is the level? Ronaldo wants to finish top three and while I acknowledge that high standards do matter, that will take a serious run and there are three excellent teams. And they look a bit rubbish a lot of the time.
c) The budget vs the reality?
d) Crises of confidence in a lot of places.
e) It’s a strange thing in that I don’t think it takes a lot still. But maybe it does.
f) Getting used to getting beat. Inverse OT effect.
g) Will be a belter at Villa Park. Villa are closer to United in terms of points than United are to Liverpool.
h) Buendia looked good in the cup game. Made a difference when he went off. Coutinho.
i) Villa are going to be odd for the rest of the season.

Will skip Lpool. Haven’t played Arsenal yet. WHU/Leeds
a) West Ham solid midweek. BUT West Ham have won the games they should away from home. At home dropped points against Brighton, Southampton, Palace and Brentford.
b) Moyes thingy?
c) Leeds a funny side for this sort of thing though.

NLD NLD NLD
a) Am annoyed how close to the final whistle of our game it is. I have a show and 800 words to write. Can we get a 5pm kick off?
b) It’s hard to discuss from an Arsenal POV but they could well be quite tired and a bit done in.
c) Spurs though also look done in. It is odd how players that suit them appear to be dwindling in number not the opposite.
d) It’s a strange North London season as it is possible that they both end up falling short.
e) But Arteta at least has the young crop who look like players.
f) The macro and micro barriers for both of these sides.
g) But so often forget that, take in the deeply flawed lunacy on the pitch.
h) It is amazing because it doesn’t really matter.