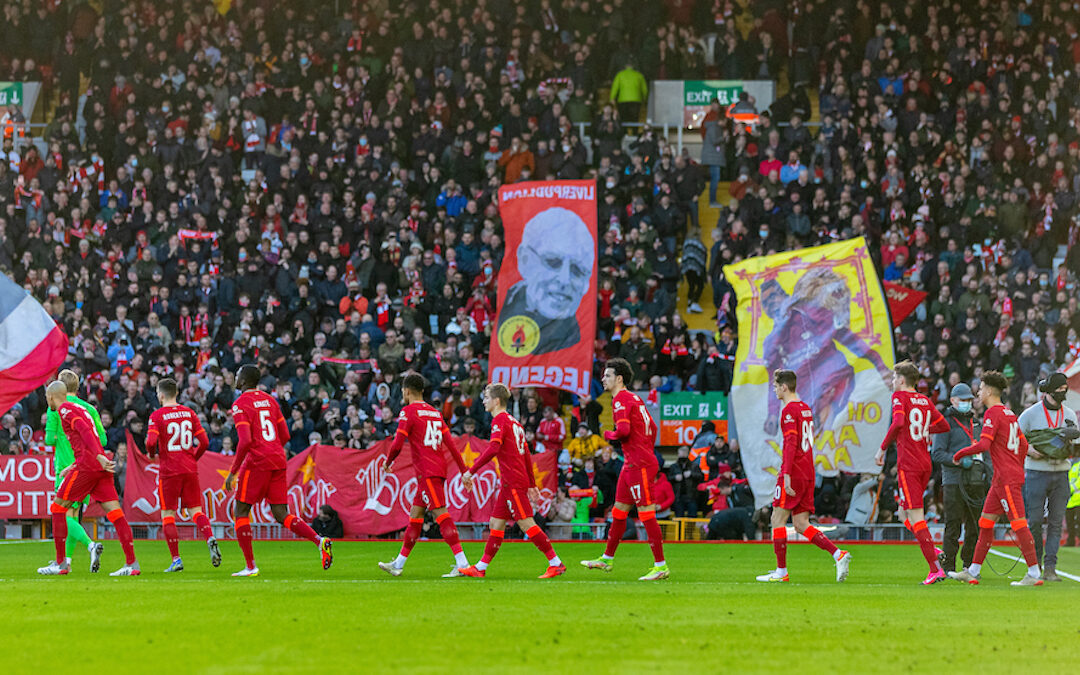 Free podcast looking back over Liverpool 4 Shrewsbury Town 1 in the FA Cup, and looking ahead to Arsenal in the League Cup.

Subscribe to TAW Player for more on Liverpool 4 Shrewsbury Town 1, as well as reaction to all the news and events that matter to you…

a) Getting a team out…
b) Manager post match – “It’s so difficult, setting up a team, starting training on Friday and then involving all these young kids – they’re all really good footballers”
c) Dealing with adversity.
d) Working things out on the pitch.
e) Enjoying games at Anfield.

The equaliser and Kaide Gordon

a) Liverpool good but a bit toothless until they score.
b) Belief cascades through the whole side including the senior players who are mostly at the back.
c) Gordon keeps his cool brilliantly.
d) An important goal.
e) His whole performance was good if not great but goals pay the rent…
f) Really good Neil Jones piece here.

a) Not great for 5 minutes around their goal but beyond that…
b) Tucked in a lot.
c) Movement really sharp. Looks like he knows how Liverpool want to attack. Delivery good.
d) Issue is going to be physicality, pace, strength, size. May take a bit of time.

a) Grew into the game; was helped most by us going 1-1 I felt.
b) Good touch, good presence. Seemed to be helped by the positional shift as well.
c) Such hard lines not to score. Absolutely felt for him.

a) Seems like the old man of the sea here. But played maturely as well. Kept the ball moving. Virgil van Dijk was *very* in favour of the ball continually moving.
b) Felt he liberated Fabinho a bit second half.
c) Wonder if the idea of being a more defensive 8 may suit him in the short term ahead of being just on his own as a holding midfielder.

a) This now includes Jones and Kelleher which shows progress for both. Jones ran into the ground. Hopefully for his benefit.
b) Fabinho plays well in general. van Dijk very, very no nonsense which is interesting.
c) Firmino goal good news.

Let’s do it again then… Arsenal.

a) Interesting post-match the manager. Suggests he will have a fair few available.
b) Training disruption has been real.
c) What sort of side, reading between *all* the lines are you expecting?
d) First leg now important to get something to take to their place.