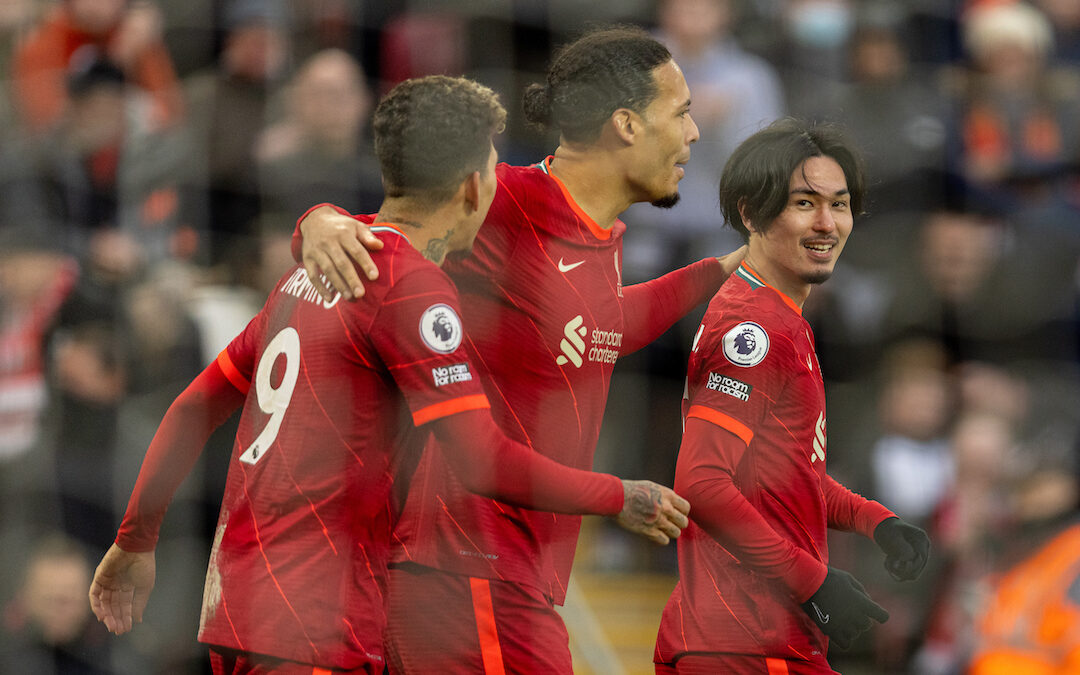 a) A game completely defined by Liverpool scoring the opening goal. Their 12th attempt of the first half but none had been brilliant chances bar Virgil’s one the keeper saves. Not a load from open play either.
b) They have one chance of the equaliser.
c) All seemed a little more typical.
d) Huge set piece improvement.
e) After the Mbeumo scare Liverpool turn the screw.
f) Could have become 4 or 5 but this will very much do.

Chamberlain plays well and gets a goal

a) Structure of the attack made more sense.
b) It isn’t really about where he does well or badly in a sense. He just needs watching and can stretch the play on the right.
c) The goal really helps in that it is a Salah goal.
d) The injury being a pain in the neck.

a) Doesn’t score but is a constant threat. Interesting how he grows into it.
b) Cleverness is the key. That and persevering.
c) Helps with the press as does Firmino. Get the result in the third.

a) All played the first game against Brentford. All learnt and kept them very much at arms length.
b) Getting that experience of a side.
c) Back to back clean sheets is one way of looking at things. Two more and the month will be successful.

a) Gets another 90.
b) Very much a supporting role but nothing wrong with that.
c) Linked up well with Robertson.
d) Henderson very similar on the right. Quite back to basics.

a) Christ we could have done with something from Chelsea.
b) 11 points, game in hand. Need to just hang in and build the run.
c) Issue is how settled City seem.
d) Chelsea aren’t really our business now.

a) Pick me a team.
b) Chat about approach. What to expect from them.
c) Controversy of their cancelled game.