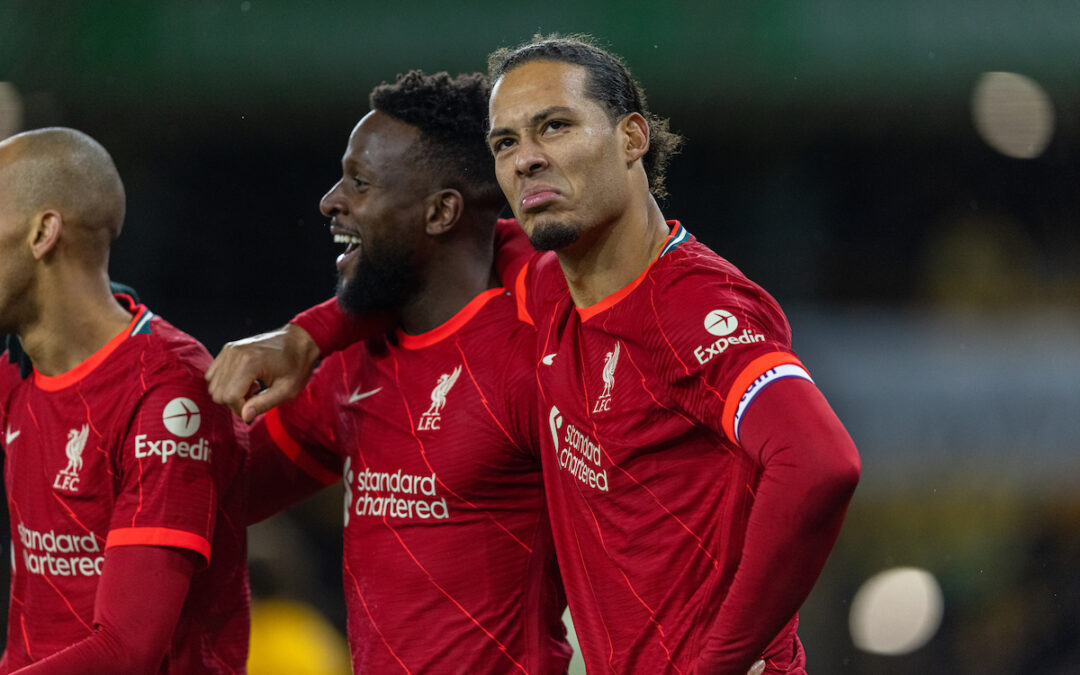 Wolverhampton Wanderers 0 Liverpool 1
a) van Dijk, Salah, Origi.
b) The idea of there being one more chance.
c) Liverpool’s patience.
d) Attack vs Defence.
e) The cold light of day and how little they created. Liverpool deserved to win.
f) The Jota Miss
g) It’s a notion I will want to explore more on Review but Wolverhampton Wanderers and their fans being absolutely delighted with a 0-0 at home down to and including the time wasting.
Liverpool frustrated and frustrating first half
a) They were taking a lot of breaking down.
b) Little attacking touches not quite coming off.
c) Was pleased to see unchanged but in hindsight wonder about it.
d) Not like Wolves could make a lot of changes either.
Getting the game under our control second half
a) Absolute force Wolves back bar Traore threat.
b) We don’t really have to graft to get to the final third but then…
c) Traore means we can’t absolutely push on.
d) Bold move to bring Origi on and one that worked regardless of the goal.
e) The misses.
Divock Origi
a) A unique Liverpool career.
b) More and more suggesting he doesn’t want to leave because he doesn’t want to step down.
c) Suggests the extent to which he has picked this life.
d) What you need in a season.
And a goal you look back on…IF
a) Chelsea dropping points.
b) Didn’t deserve to beat West Ham.
c) City remain excellent. Silva terrific.
Pick a Milan team
a) No Milner, no Gordon.
b) Maybe Keita.