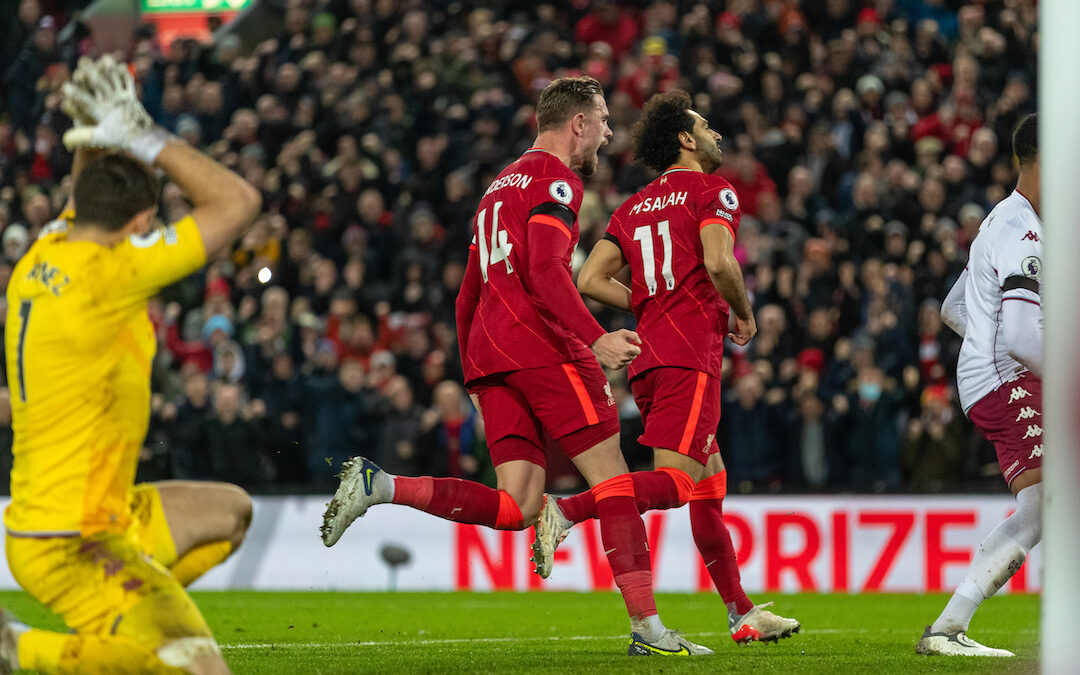 Free podcast looking back over Liverpool 1 Aston Villa 0 in the Premier League at Anfield, and reacting to the Champions League last 16 draw.

Subscribe to TAW Player for more on Liverpool 1 Aston Villa 0, as well as reaction to all the news and events that matter to you…

Liverpool 1 Aston Villa 0
a) A solid win that could have been more.
b) Horrible game and conditions and referee.
c) Real resilience from Liverpool.
d) Flicked a switch into no nonsense at 1-0, perhaps a switch that has been lacking.
e) Chances on the counter.
f) Too much quality in the end.
g) Chamberlain’s toiling shows the difference between a number 9 who can do attacking midfielder bits and an attacking midfielder pressed into service.

Joel Matip
a) Played excellently again. All this should no longer feel like a bonus.
b) Wins his battles.
c) The passing and striding.

Andy Robertson
a) Rumours of his passing were greatly exaggerated.
b) Be great if he could nail a low show back across goal. Everything else is there.

Fabinho
a) His sort of afternoon.
b) He may well have stepped up a level when we weren’t looking.

Mane/Salah
a) For all how we adore them, they don’t give defenders a minute’s peace with and without the ball on top of everything.
b) Endlessly want the ball.
c) Pin everyone back.

The draw.
a) The who of it.
b) Knock on effects for the season.

Newcastle United
a) Saw then against Leicester. Dreadful after conceding.
b) They aren’t robust in any way. Centre halves made to look daft but no protection.
c) Can’t handle pace.
d) A team…