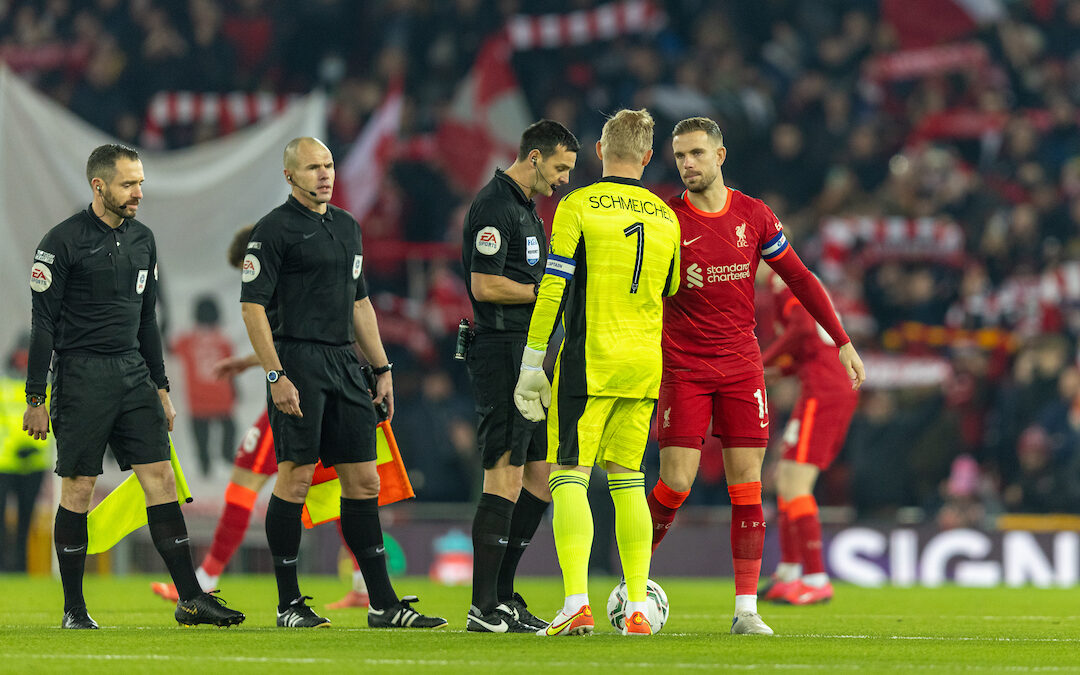 Free podcast looking ahead to Leicester City v Liverpool at The King Power Stadium, as well as the other Premier League fixtures.

Subscribe to TAW Player for more on Leicester City v Liverpool, as well as reaction to all the news and events that matter to you…

The title picture.
a) Games in hand are rubbish.
b) City very much the team to beat. Yesterday a bit weird but it happens.
c) Getting away with Fernandinho.
d) Getting away without a 9.
e) Chelsea looked better with Lukaku but still not actually good.
f) Mings is rubbish. Konsa is great.
g) Probably should have dropped points.

Leicester’s team.
a) See attached.
b) Ndidi and Soumare on the bench with Vardy and no Daka suggests they are going stronger for us.
c) Shipped 9 in two games though.
d) That defence doesn’t look strong at all.

Pick me a Liverpool team.
a) Extra days prep.
b) See whether or not there is more cases.
c) Pressure. Hate games in hand.

Chelsea/Brighton; Brentford/Man City.
a) Doesn’t feel like two easy games does it?
b) Brentford will get battered but have hanging on in them.
c) Chelsea sceptics unite.