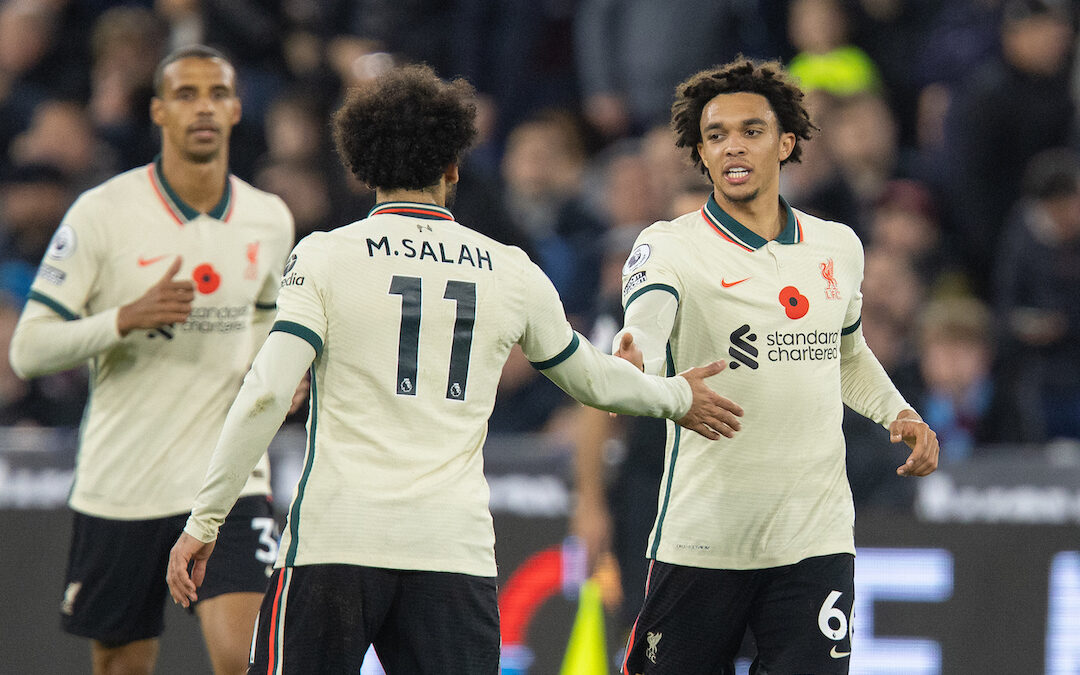 Free podcast looking back at West Ham United 3 Liverpool 2 in the Premier League, and where it leaves The Reds this season.

Subscribe to TAW Player for more on West Ham United 3 Liverpool 2, as well as reaction to all the news and events that matter to you…

a) Utterly infuriating. Liverpool deserved and got nothing.
b) Manager’s issues with the ref first half BUT…
c) Get out first half alright. Great freekick. 1-1.
d) Create only one good change from 45 to 67. Mane unfortunate not to score.
e) Lack of cynicism for their goal to go ahead? Lack of cynicism in general from Liverpool?
f) Getting beat is rubbish. Had forgotten.

a) Happening too often now with very specific plans.
b) Felt like a set up over the course of the match ending with the third. Like a fast bowler across an over.
c) A better approach required or individuals need to be better?

Midfield and full back set up

a) Trent’s positioning really strange.
b) Henderson’s also quite strange. Refuse to believe this is them going rogue so the question is why.
c) So hard to play 6 – so much ground to be responsible for.
d) West Ham taking advantage but for long spells couldn’t.
e) There is something City do not dissimilar to this but they don’t have a front 3.
f) No Firmino.

Passing through the lines

a) Matip does it a few times, Chamberlain tried some good reverses but West Ham really compact.
b) Pick their moments well. The second goal is just defining of so much here.
c) Thiago comes on at the worst possible time and then just gives it away over and over.
d) Whatever the shape is meant to it begins to come apart.

a) It’s an excellent goal.
b) He’s very involved and causing problems. You forget how imposing he can be, not least because he often doesn’t impose enough.

Could have nicked a draw

a) It’s a miss by his standards there.
b) I think they played well but even struggle to give them a ton of credit. Is that being LFC obsessed?

Where this leaves the season…