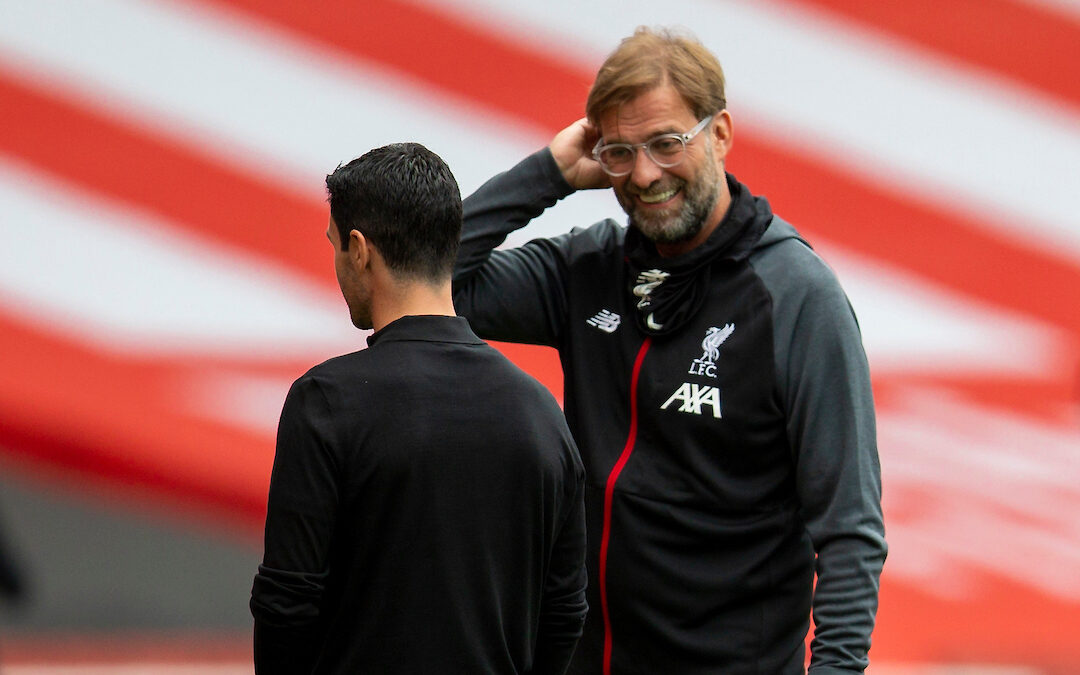 Saturday brings Liverpool v Arsenal and Leicester City v Chelsea as its ties of the round, with the Premier League returning from the international break.

Chelsea then.
a) Dropped the points against Burnley but got away with it which feels very serendipitous. Feels a bit league winner-y as well if I am honest.
b) Tough run on the horizon.
c) Should have at least one of the front two back very soon.
d) Full backs scoring a lot of goals. That sustainable?
e) Acceleration time.

Leicester vs Chelsea
a) Could be a quite horrid little game this.
b) Leicester seem vulnerable early in games.
c) Chelsea may need to make the running weirdly.
d) Leicester finishing strongly and finding themselves a bit recently.
e) Other Leicester thing is they have subs.

Villa/Brighton; Newcastle/Brentford; Norwich/Southampton
a) Any home wins there?
b) Who is the best fit?
c) Not great for Brighton, Brentford, Southampton.
d) Watford/United sort of the other one. Couldn’t be bothered with this were I United.

Arsenal
a) Finding themselves?
b) Fabulous average age and younger players.
c) Got tidy results; one excellent performance and one excellent first half.
d) How good are the younger lads?
e) What do we make of the shape?
f) What are reasonable expectations from here?

Liverpool vs Arsenal
a) Liverpool fitness question marks.
b) Good to have had a couple of lads not go away.
c) Fitness appears to be the core Liverpool concern atm.
d) Everything has all looked a bit precautionary though.
e) Getting and staying ahead in games.

City/Everton
a) Funny.
b) Rafa will have a thing.

Spurs/Leeds
a) This is an oddity. So had Conte had them properly they batter these. But he is just getting them back. It being Sunday helps.
b) Leeds could do with a statement imo.