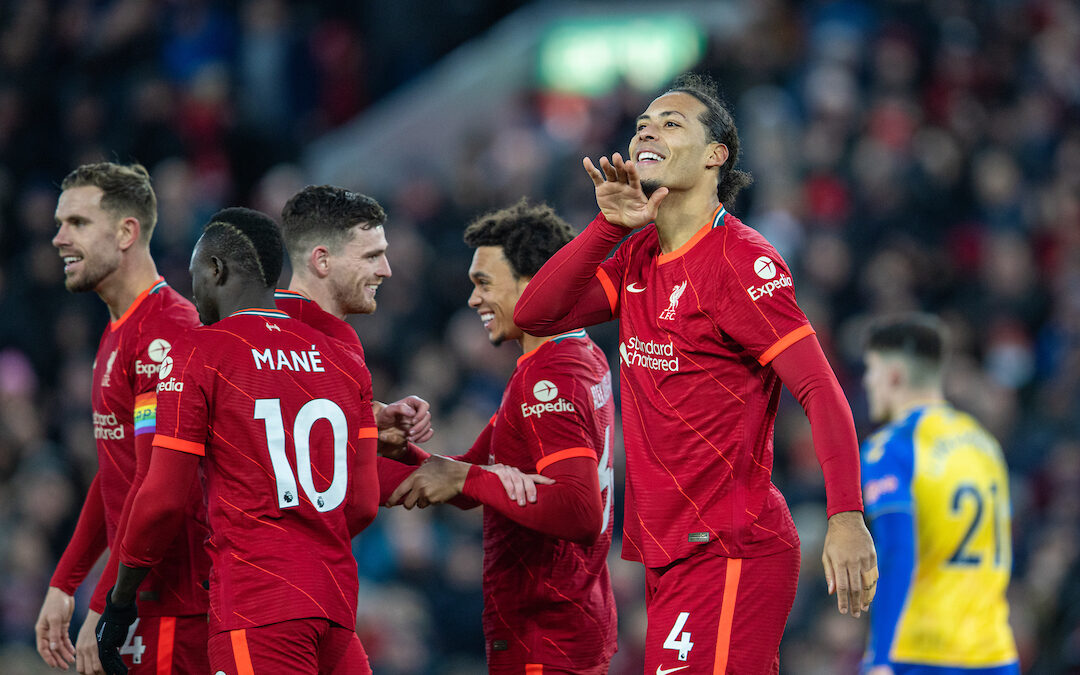 Subscribe to TAW Player for more on Liverpool 4 Arsenal 0, as well as reaction to all the news and events that matter to you…

a) Liverpool won’t stop creating chances.
b) Getting in heads. Southampton do some weird stuff frankly pre-match in selection and it fails almost immediately.
c) They try and be really aggressive and it nearly works but simultaneously exposes them.
d) 4-0 with neither Mane nor Salah scoring.
e) Liverpool between the posts.

a) Incredible in a 4-0 win.
b) So alert to the football match. The Ward-Prowse block is exceptional.
c) That he is needed as much as he is is a clear concern for the manager.
d) Does something need to change here or is it simply be better?
e) Konate still needs to settle? To be expected surely.

a) Was a teeny bit concerned first half against Arsenal. Not at all now.
b) At his best when he is early and certain.
c) Bodes well for January when he will be required.
d) Remains exciting.

a) Worked very well indeed when we had the ball.
b) Each were solid without being spectacular.
c) Strange thing an injury crisis. Suddenly there is Milner and Chamberlain too. Better to have had it when we did than in December.

a) Both marvellous. Robertson very hungry indeed. Celebrated the assist for the opener voraciously.
b) Switches in full effect.
c) Quality is second to none.

a) Watched that game; genuinely believe Liverpool and City get in half time two goals clear at home against that United side.
b) League table now simply feels more *right*. None of these three sides should yet have a gap on each other. Doesn’t take much to imagine there being (a deserved) one somewhere in the three by the end of Christmas.

a) They are at a very, very low ebb.
b) Only one Derby win in the last nine for Liverpool at Goodison. Mane, late.
c) Absolutely nothing should be taken for granted.
d) Benitez will have a plan and playing Liverpool at home will suit them more than Brentford away.
e) Nothing more dangerous than a point feeling like a win. Which is what it will for them.