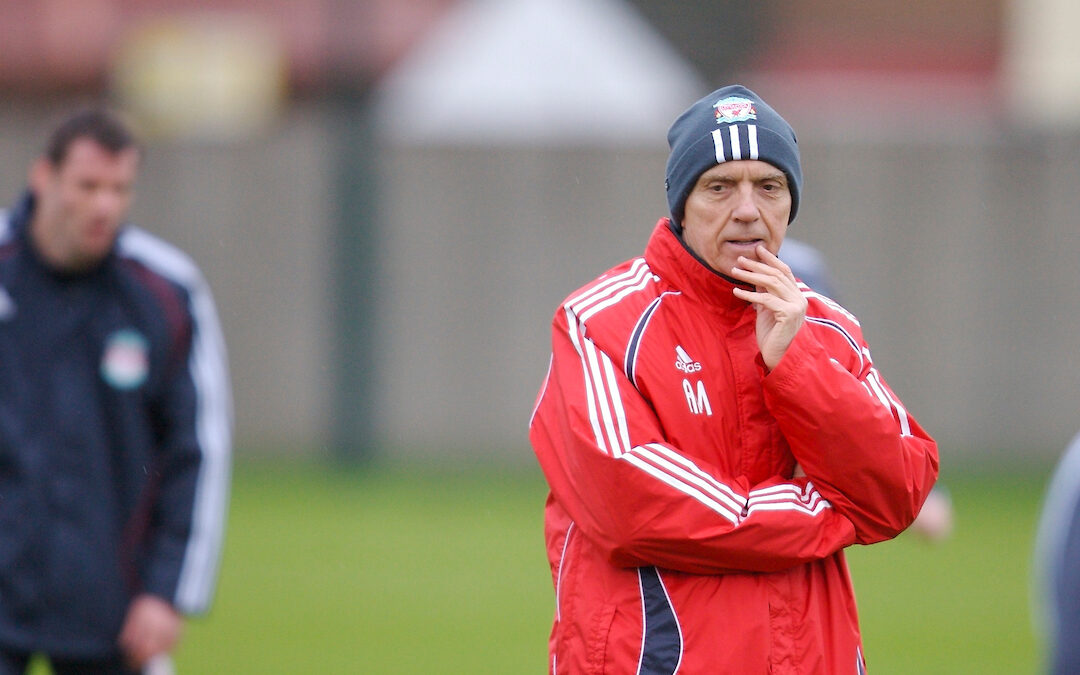 Former Liverpool scout and coach Alex Miller looks back over past Pep Guardiola games, how The Reds set up against him, and what they’ll do Sunday.

As Manchester City are a recent force there are no notable games against them to talk about from that time, but Liverpool did beat Pep Guardiola’s Barcelona in 2001. Alex and John have a chat about that first and then move on to the present day…

A few of our team go on to manage as well. Most notably Babbel and Steven Gerrard. Gerrard has a very good record for Rangers in Europe. How much do you think he took from those triumphs and team performances under Houllier and Benitez.