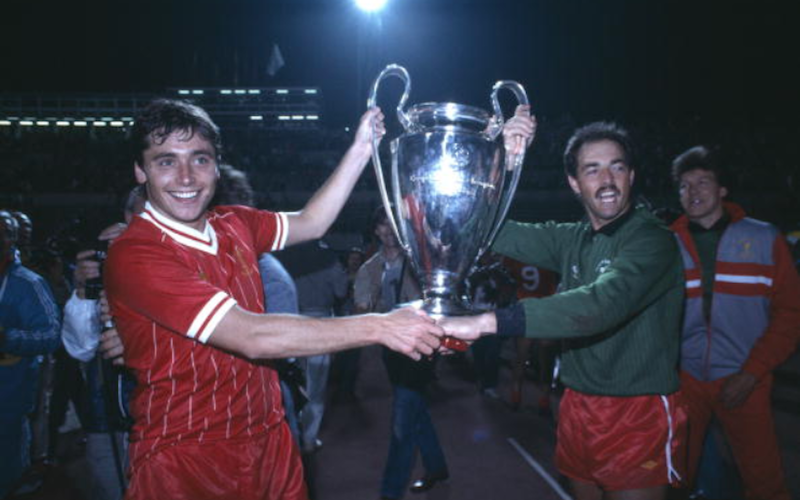 John Gibbons speaks to Sid Lowe, Russell Guiver from Brighton Rock podcast and Tony Evans, the author of ‘The Story Of 83-84’ in a Tribute to Michael Robinson

Sid Lowe shares his memories of a footballer in a tribute to Michael Robinson who played for Liverpool in the early 1980s. Robinson played for both Osasuna and Liverpool, and the two clubs will play a tribute match to him Monday, August 9th, 2021.

Michael Robinson played 52 games for Liverpool between 1983 and 1985, scoring 13 goals and contributing 9 assists.

Based in Madrid, Sid Lowe is one of the most respected football journalists in the world. Focussing on La Liga, Sid has been a football correspondent for The Guardian since 2001, his writing is regularly featured Four Four Two and ESPN. He grew up supporting Liverpool and delights in speaking about the great Liverpool team of his childhood.

His books include Fear and Loathing in La Liga: Barcelona vs Real Madrid, a love letter to El Clasico in which he uncovers 100 years of history, drama and footballing genius.

A familiar face at The Anfield Wrap, Tony Evans sits down with John Gibbons to talk about his new book “The Story of 83-84” – a virbrant tale of one of Liverpool’s most glorious campaigns. They speak about Michael Robinson’s role in the glory that was the European Cup final in Rome, and winning the League Title.

Tony Evans is the former football editor for The Times, he also contributes to The Independent and ESPN FC. His other books on Liverpool FC including “Far Foreign Land Pride and Passion the Liverpool Way” and “Two Tribes: Liverpool, Everton and a City on the Brink” which recounts the 1986 FA Cup Final that might as well have torn the city in two.

Cup Final Day, 1986, and the eyes of the world are on Liverpool and Everton as they walk out on to Wembley’s lush green turf. Pumped with pride and passion, the two best teams in Europe are about to engage in a gladiatorial battle in front of 100,000 fanatical supporters. But this is not just another match, another cup final. On this warm day in May, the future of English football – and a city’s reputation – is on the line.

A year before this momentous Cup Final, Liverpool fans had been involved in the Heysel disaster. Thirty-nine people had died in the decaying stadium – a tragedy which cast a long, dark shadow over the sport. English clubs were banned from Continental competition, and football reached its lowest point.

Tony Evans’s Two Tribes recalls the tumultuous 1985/86 season and the titanic struggle for supremacy between the two great Merseyside clubs. Set against a backdrop of social and political turmoil, it reveals the full impact of Thatcher’s policies, the vibrant northwest music scene and the burgeoning anti-establishment vibe on the streets and on the terraces.

Giving voice to players, managers, politicians and musicians, Two Tribes follows the remarkable twists and turns of a season and how Merseysiders took over London for one unforgettable day with deafening chants of ‘Merseyside! Merseyside!’ ringing around Wembley Stadium.

Ultimately, this is the story of Liverpool’s renaissance and Everton’s private agony, masked by a show of solidarity and communal spirit on the day, and how a season which began in shame ended in pride. – Check out Two Tribes on Amazon Books.

Subscribe to TAW Player for more Specials from The Anfield Wrap, plus all the news and events that matter to you…