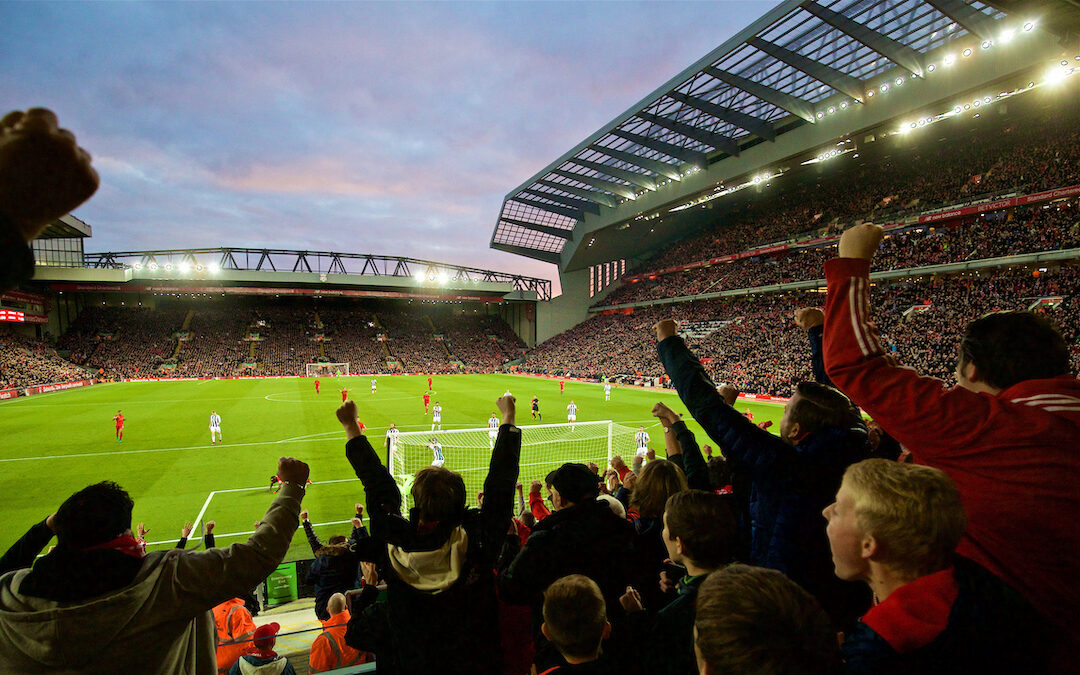 In July 2021, it was confirmed that sports stadiums would be able to return to full capacity, as restrictions in the UK continued to ease.

That means, after over 16 months with reduced crowds or no fans at all, Anfield will be full of Liverpool fans once again come the start of next season.

Here at The Anfield Wrap, you’ll get to know the full story of how matchgoing supporters get back into their routines or build new ones – but what about the rest of The Reds around the world?

We spoke to Official Liverpool FC Supporters Clubs from all around the globe, to hear more about how they’re gearing up for the new season.

You’ll hear from Fransesc in Barcelona, Spain; Kim in The Netherlands; Justin in New York; Ray in Newcastle, Australia; Trason in Colorado Springs; Roddy in Las Vegas and Andreas in Cyprus.

Hosted by Josh Sexton and Harriet Prior, with thanks to Sophie Coan and Jane Phillipson from Liverpool FC for their help in setting up the interviews.

Below is a clip from the show – to listen to more on the return of fans, click here to subscribe…