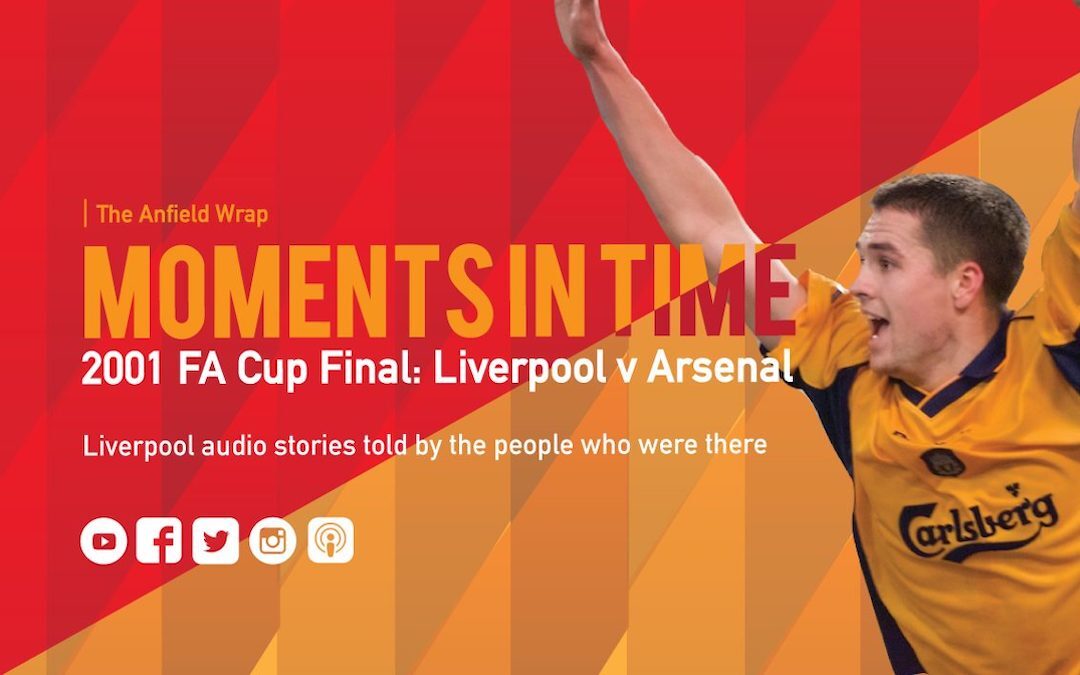 The Anfield Wrap brings you eyewitness accounts of the 2001 FA Cup final between Liverpool and Arsenal at the Millennium Stadium in Cardiff.

This is the third in our series of free audio documentaries in which we travel back in time to tell the story of significant days in the history of Liverpool FC, by tracking down the people who made them happen.

This latest game we look back on is one which is often attributed to one man’s efforts alone, though there were plenty of ups and downs along the way under the beaming hot sun in South Wales.