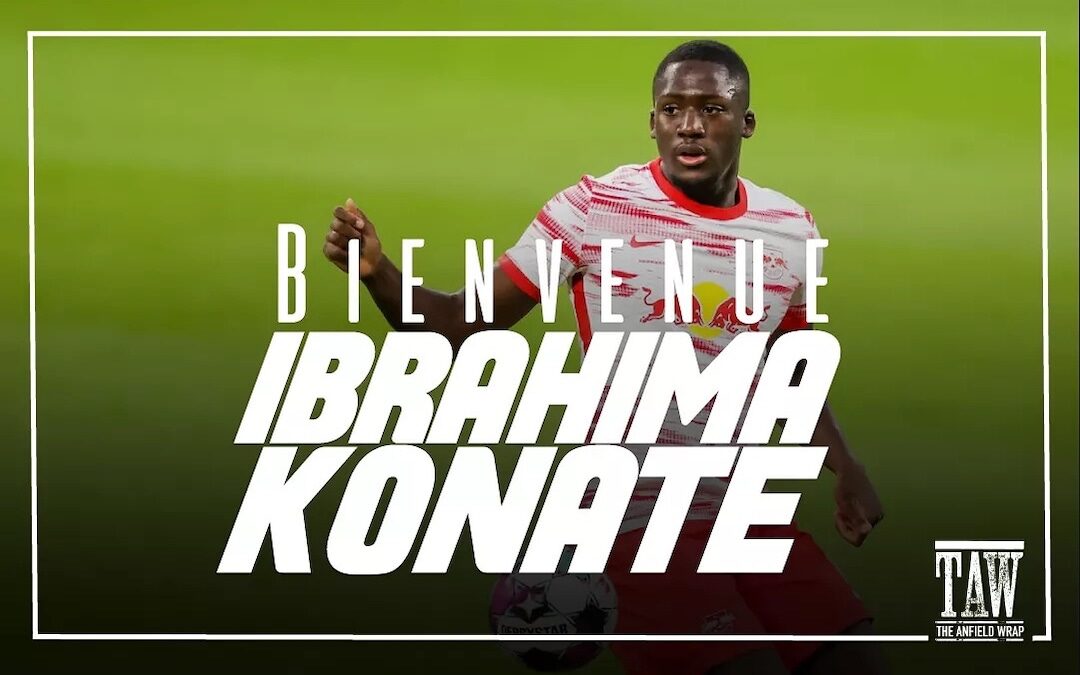 To talk all things Ibrahima Konate, confirmed by the club as Liverpool’s first signing of the summer, Josh Sexton is joined by The Athletic’s Bundesliga correspondent Raphael Honigstein.

While there has been excitement around the signing of Konate, some Liverpool fans have expressed their fears at the Frenchman’s injury record for RB Leipzig in recent seasons.

However, back in March Raphael Honigstein wrote about his thoughts on the injury history of Konate in this piece in The Athletic: “There’s a perception that the player has been injury prone.

“In reality, he’s suffered one serious injury: to his hip flexor muscle. It needed surgery in France last summer after a recurrence and is the main reason his game time has been limited, and the hype turned down a lot.

“Previous and subsequent complaints have been very minor, though. [Ralf] Rangnick, for one, is certain that he is destined for great things.”

Josh asks Raphael about this plus anything else we need to know about Liverpool’s first summer signing, as Reds gear up for what could be a very interesting transfer window at Anfield.

Below is a clip from the show – to listen to more on Ibrahima Konate, click here to subscribe…