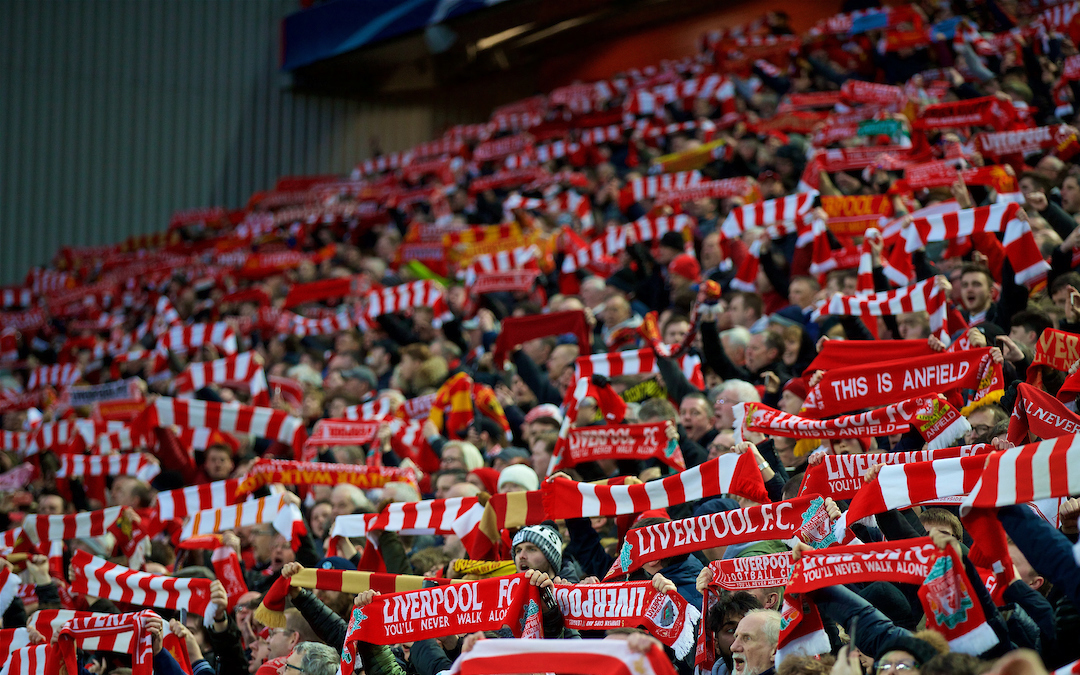 Last season was a highly successful one for Liverpool on and off the pitch. For supporters there were countless memorable nights and incredible experiences to enjoy. Yet British society has seen an increase in racial tension during this time.

In March of this year, a supporter was banned for life from Anfield for racially abusing an Asian family at a legends game. With Liverpool’s fan base still predominately white, we wanted to speak to Liverpool supporters from other ethnic groups about their experiences being a minority in a football crowd.

John Gibbons hosts and is joined by Mo Stewart, Matt Lim and Ap Singh to discuss what, if anything, can be done to make watching the club feel more inclusive in increasingly divisive times.