The Anfield Wrap – Liverpool Leave It Late But What A Win 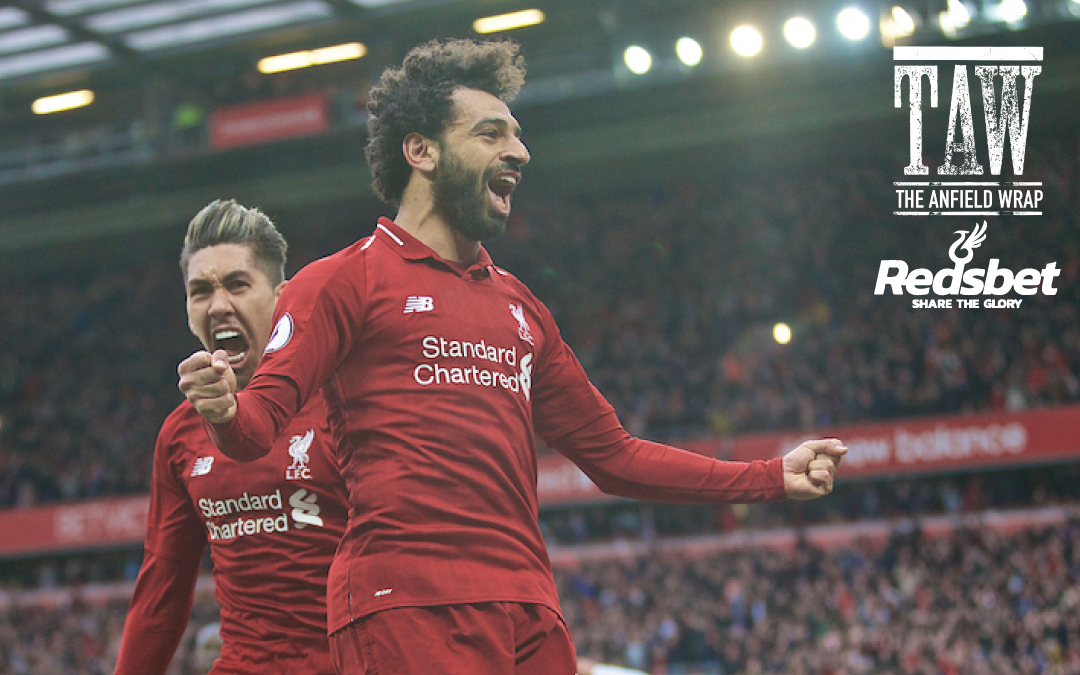 Good Lord that was tense but Liverpool, somehow, managed to squeeze past Tottenham in a fraught affair at Anfield in a game that saw Liverpool take the lead and dominate only to concede and for a sustained second half period look like they might very lose only to then grasp victory, once again, at the death to further embolden the sense of destiny at Anfield.

Today’s free Anfield Wrap show was supported by RedsBet. Tailor-made for Liverpool fans, RedsBet are an online gaming platform which seeks to build strong lasting partnerships with supporters that enable them to share 50% of net profits generated from bets to be used specifically for fan causes and other initiatives that matter to supporters. RedsBet offers a fun and innovative take on sports betting. Share the Glory!