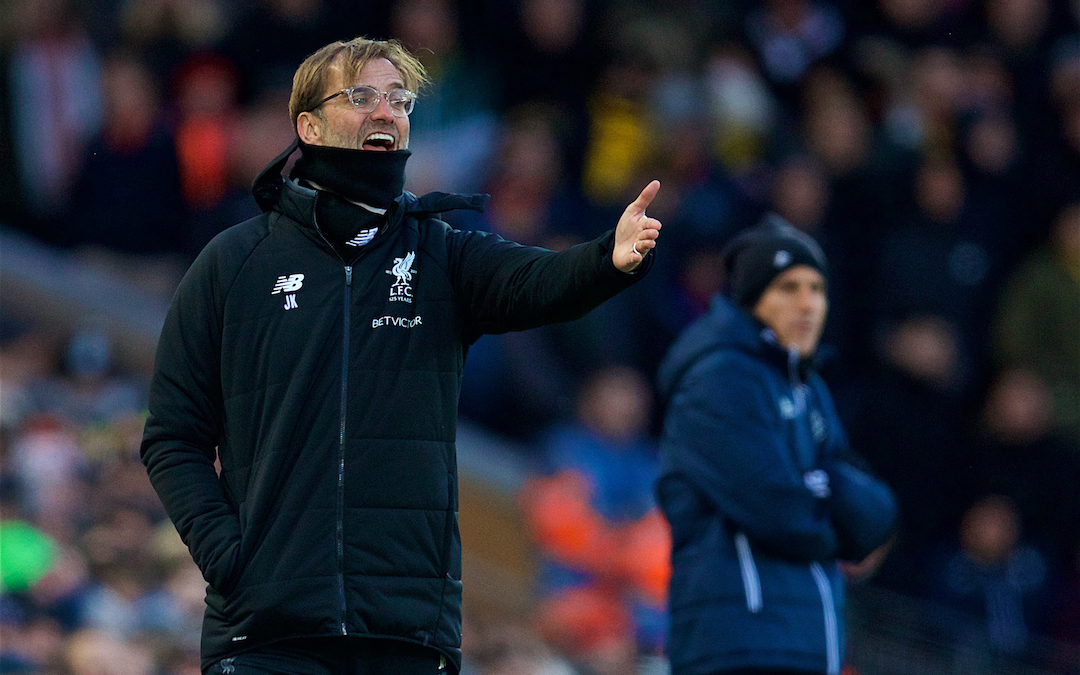 IT’S not easy to make sense of the last week at Liverpool Football Club. In about seven days’ time I think we’ll know more.

Liverpool have faced significant tests, against Bayern Munich and Manchester United, but reaching firm conclusions on the state of The Reds’ health depends on which end of the telescope you are peering through.

Liverpool thoroughly dominated both encounters against sides who had won virtually all of their most recent dozen games. At Old Trafford, many of the home fans expected United to put down a marker that it was they who would be where Liverpool are this time next year.

Liverpool came in for criticism post match on Sunday because, with just one shot on target all afternoon, they had appeared strangely toothless. But when the dust settled, and hands and heads had been shaken, Liverpool traipsed back to their dressing room refuge atop the Premier League once again. Not by quirk of the order of fixtures, but clearly first, with marginal but very real daylight between themselves and Manchester City.

Many of us had talked ourselves into Sunday being something of a shit or bust occasion. In the days coming into the game, I felt we must cut a swathe across Old Trafford and take a victory there like true champions would.

As kick off neared at the weekend, I corrected and calmed myself somewhat. The realisation that seven points from this week’s three Premier League games would see Liverpool at least a point clear with just nine to play and the softer run in.

A draw at Old Trafford is a thoroughly decent result, one worthy of champions, if it’s followed by two wins between now and Sunday.

Sounds easy. Man City besting West Ham at home and then Bournemouth away sounds easy too, when we say it quickly. The truth is, at this stage of the season and the contest to be top dog, nothing is precisely as it seems.

The bookies odds are on Liverpool and City both taking maximum points this week. However, the odds will be against on all four results going with the favourites. So, the likelihood is that something will give over the next few days.

Jürgen Klopp has moved to calm nerves. He has focused on the half-full nature of Liverpool’s glass. The title challenge is “pure opportunity” according to the manager. He is correct, of course. It bears constant repeating — we all would have torn our very souls to lead the league with just 11 games left.

Given that matches are now coming that bit thicker and faster, the Liverpool manager may have begun selecting his side for Watford’s visit by picking his teams for both this week’s challenges simultaneously. The derby against The Blues at Goodison is imminent too.

According to Klopp, Bobby Firmino’s ankle is making the greatest comeback since Lazarus, but I wouldn’t risk him for Wednesday night and I don’t think the manager will either. 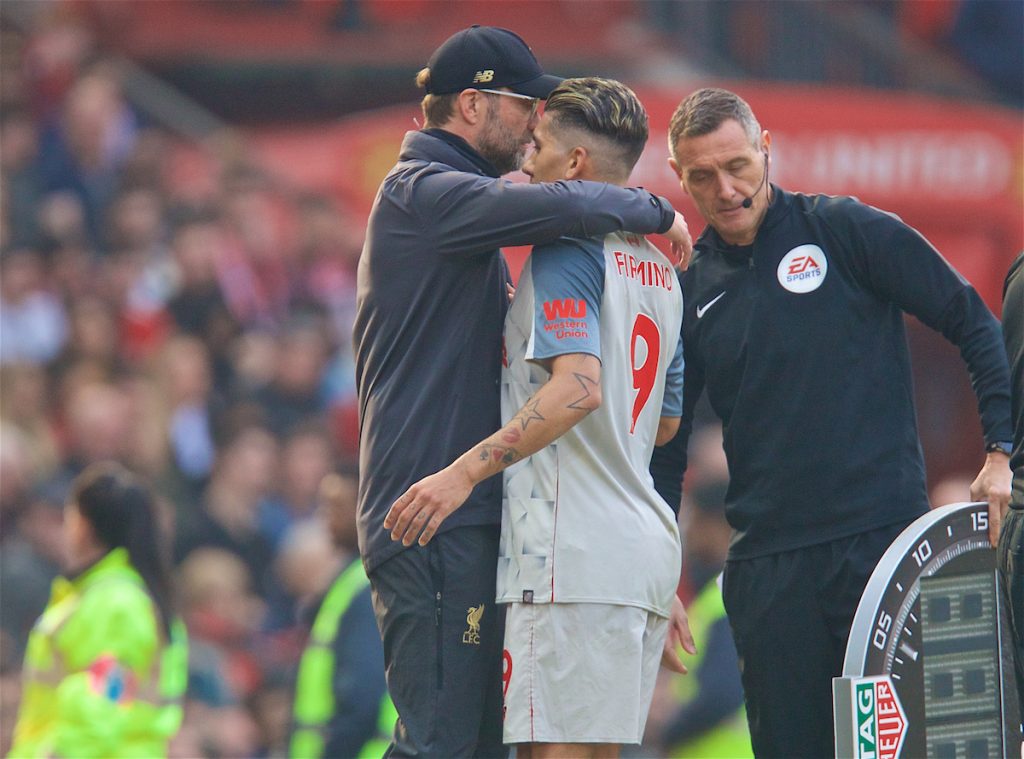 We can put out a side which has Mane, Shaqiri and Salah up top, abetted by a midfield of Fabinho, Keita and Wijnaldum. That has to be more than good enough or we might as well give up and go home now.

Bringing Shaqiri and Keita in freshens things up just a tad and also leaves scope for Klopp to, again, make solid changes for the derby, for which the likes of Firmino, Milner and Jordan Henderson might expect recalls.

Watford, for their part, are buzzing and basking in the glory of a 5-1 trouncing of Cardiff. Their form is solid and they continue to look capable of finishing as best of the rest. Klopp told the press that he expected Watford to sit deep and let us have the ball. I hope he was goading them with some passive aggressive mindgamery.

The visitors will arrive at Anfield without pressure and, if encouraged, are in the mood to earn the result of their season. Klopp’s Reds cannot afford to play ball. We’ve come this far, and dropping any more points would start to look like a habit we were no longer capable of breaking.

Anfield must not show nerves and instead transmit the resoluteness it showed for Bournemouth’s visit. Together we are always stronger.

For more buildup to The Reds’ clash with Watford at Anfield, and extensive reaction in the immediate aftermath, SUBSCRIBE to TAW Player…