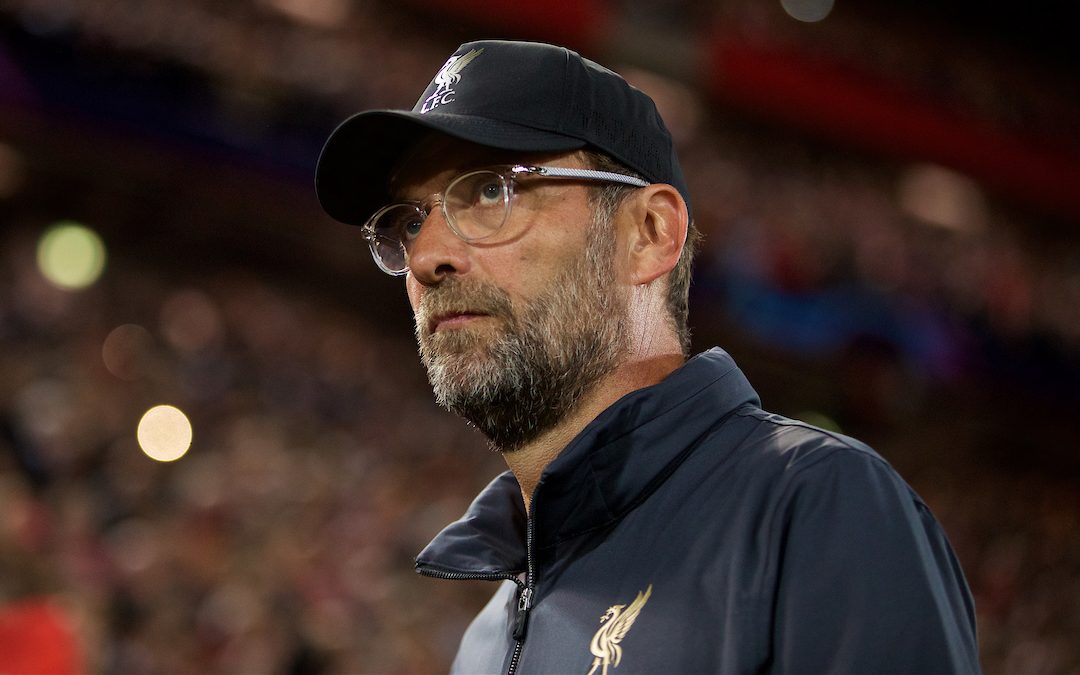 IS this the least important really important game we’ve played all season?

We’re all in for this league title. The Reds may not win it but the attitude has to remain that they’ll die trying. Of course we want to win the league and the Champions League, but the odds of us winning the former are far greater than the latter, as things stand.

Bayern Munich are not exactly a free hit but they aren’t a season-defining challenge either. I’d rather win our next two league games (Manchester United and Watford) than better Bayern over the two legs.

On the other hand, the glamour and excitement of knockout phase games against European royalty are inescapable. You’d have to be made of stone not to be relishing Anfield under the lights for this kind of challenge.

Manchester City’s biggest advantage over Liverpool is that they already wear the crown. They claimed it in style last season and, although they’ve had to play catch up to us for much of this season, they will feel/know that the title remains theirs until someone definitively proves otherwise.

We cannot amble to the title. We must attain a mantle of invincibility. That largely happens by winning lots of football matches, but it mainly happens by beating the big sides.

There’s another factor in this encounter with Bayern that I don’t think many of us appreciate. We want Liverpool to win the league. We want it more than anything and I’d safely guess that if you polled our fan base a good majority would rather claim the title than the Champions League, if a choice were possible. But is the same true for Mo Salah? For Firmino? For Wijnaldum?

While it would be ridiculous to assert that lads not raised with the Premier League as their bread and butter don’t get the magnitude of achievement that Liverpool claiming the title would represent, they are simultaneously men of Europe, in the sense that they have grown up with the European Cup as the be all and end all.

I suspect that Klopp, despite not being a native of these shores, may have his finger on the pulse slightly more than some of his players — because he’s required to — and might just favour the league over the Champions League, but there will be no telling any of our lads that Europe is just some sort of distraction from this season’s main event.

It’s always a bit daunting looking at a potential Bayern Munich lineup. They are not champions of Germany every year for the last six years without cause. 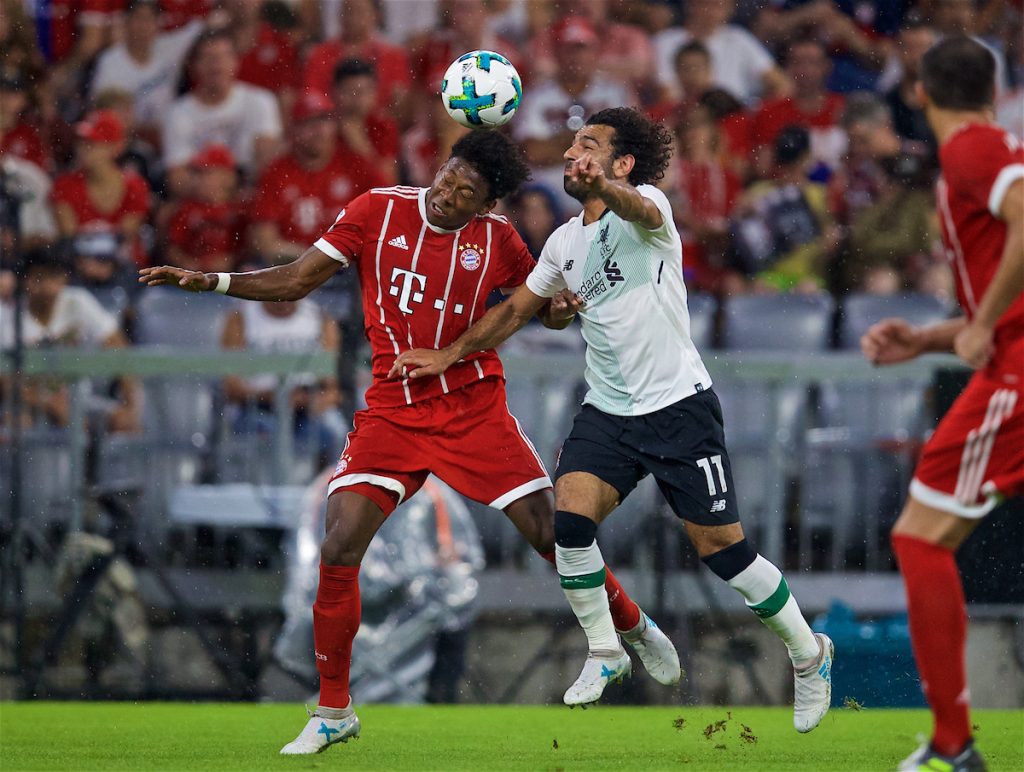 You may be relieved to know that Corentin Tolisso and Arjen Robben, long-term injury casualties, will not line up at Anfield. But they can perm a front four from this five: James, Ribery, Gnabry, Coman, Lewandowski. That’s significant firepower, especially in the context of Liverpool’s defensive fitness concerns.

The Reds may have to ask Fabinho to drop deeper than his deep six position and partner Joel Matip at centre back. The defence’s gain is the midfield’s loss, though.

The midfield, then; Henderson, Wijnaldum and Keita. All big players. All will know their jobs. The rest naturally fall into place. Ours is a good squad, but given a handful of injuries our first 11 quickly picks itself.

The first leg being at home is not an advantage, but Bayern Munich will be concerned. They’ve witnessed Borussia Dortmund’s humbling against the Premier League’s Spurs. Liverpool are better than Spurs. The Bavarians will have done the maths.

“The club now, from top to bottom, exudes calm. That’s the difference.” 👏

🗣 Subscribe to #TAWPlayer for all of our buildup to Bayern Munich, Manchester United and more 👉 https://t.co/lmNtBz4ADz pic.twitter.com/GclLtWCuPW