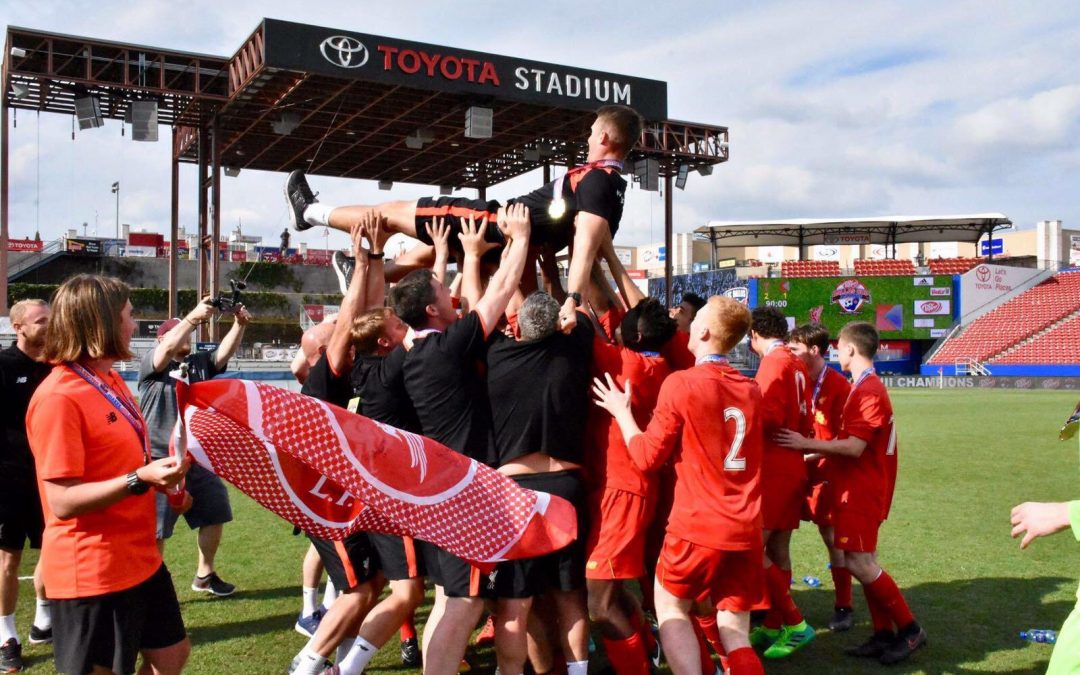 Liverpool Football College are trying to raise money to help let the local lads of Liverpool follow their dreams and get to the Dallas Cup. The Dallas cup is an annual international football tournament that offers youth teams the chance to experience playing in front of thousands of spectators.

David Beckham, Michael Owen, Jermain Defoe and even local lad Wayne Rooney to name a few. Liverpool Football College are trying to raise 10,000 pound to help some of the boys be able to participate in the Dallas Cup this year, they will be doing some fundraising events shortly.

They will be doing a number of events including a drag and boat race in March at the Albert Dock and they will be looking for sponsorships for players, a percentage of the proceeds raised will be going back into the local community to help others via the charity an hour for others.

You can support Liverpool Football College and their campaign to get to the tournament by visiting their Justgiving page on the this link – http://bit.ly/LFCDallasCup