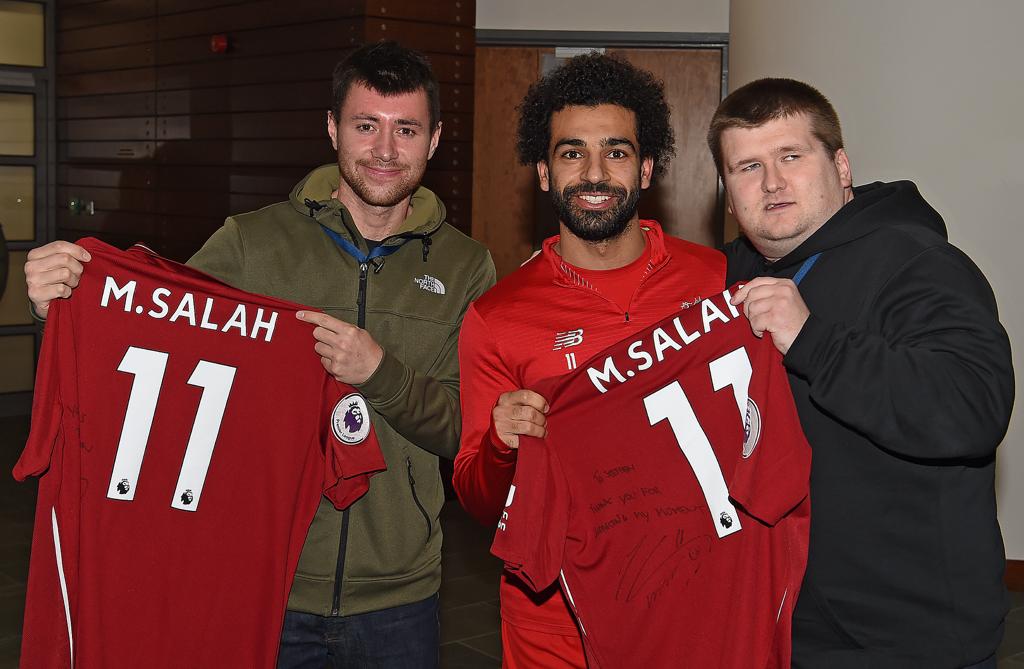 In a free Anfield Wrap ‘Cup Of Tea’ John Gibbons speaks to Mike Kearney about his life following the Reds, being an internet sensation and what it’s like meeting Mo Salah.

Mike, who is visually impaired, has recently in the news having been captured celebrating a goal at Anfield with his cousin Stephen Garcia and as a result was subsequently invited to Melwood by Salah to meet the Liverpool squad.

In our half hour show John and Mike’s chat about his experiences following the Reds up and down the country and what it’s like now being asked for selfies on the Kop and becoming an internet meme.