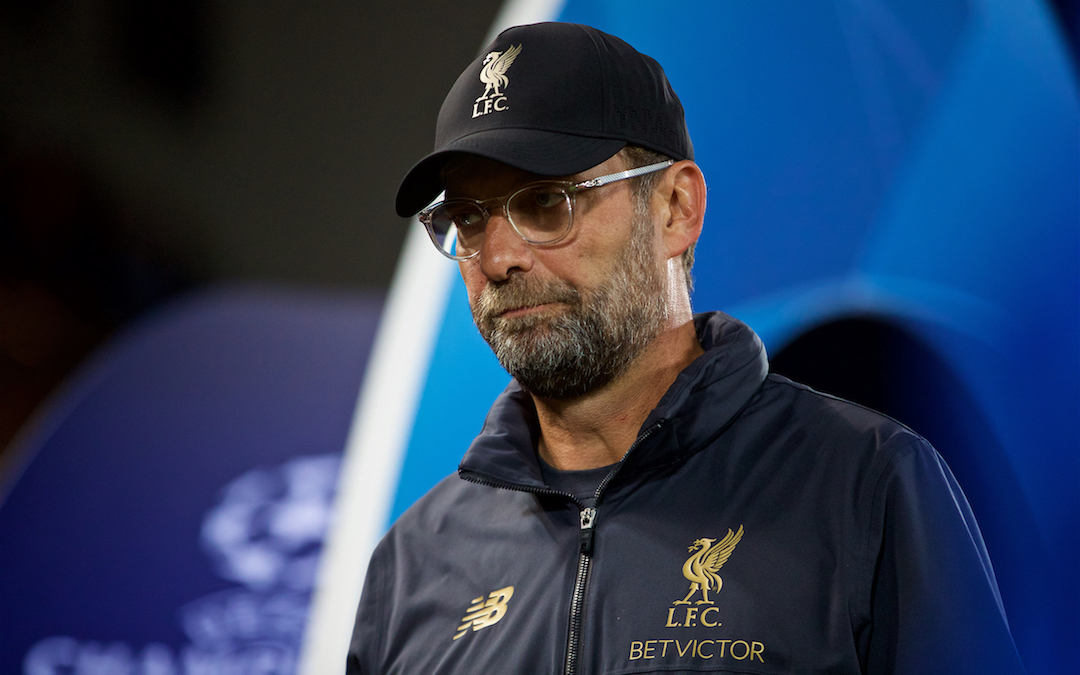 THE celebrations in those closing minutes at Stamford Bridge on Saturday tea time, were full blooded, defiant and maybe will come to be seen as disproportionate. We are apt to do this.

I was part of an away end at Villa Park in Brendan Rogers last season that properly went off on the back of a Rickie Lambert goal in about the 70th minute. The one where Lucas Leiva all but launched himself into the travelling Kop as if he was Kenny Dalglish at Wembley in ’78. Ask me now what we were so ecstatic about? I haven’t got a fucking clue. I think the goal meant we were definitely going to beat a crap Aston Villa team. Heady times.

But that’s the game, isn’t it? You can only really live in its moments. In the infant stages of this new season, while we remain unbeaten, anything and everything remains possible. I think that’s what we were all so wild about at the Bridge. Of course it helps when any goal comes late in the day, and is of the quality of Daniel Sturridge’s strike. The glee fest, though, was ultimately all about keeping the dream alive. Even if it’s only for one more, fast-moving, week.

And Liverpool do still have to live in a dreamland. We haven’t trodden these boards before. Well, at least not in many living memories. We had glimpses of title success back in 2009 and 2014, but those quests ended badly and left us with the withering senses that it may never ever be “our year”.

But while that’s at the back of all of minds, always and forever, we are allowed to live in a glorious present that, until facts demonstrate otherwise, is laden with potential and possibility. We go to Naples on Wednesday night with the air of a collective that can win the league and European Cup. Who wants one when you can have both?

There’s a few who might yet have a say in whether or not our fantasy has any prospect of reality — Manchester City, Chelsea, Napoli, Barcelona, Real Madrid, many others — but until they speak up we’re entitled to our ambition. That’s why we’ve been delirious in victory over Tottenham, Paris Saint-Germain, and in avoiding defeat away at Chelsea. These are the big tests and we are passing them.

Napoli, our opponents for matchday two of this season’s Champions League, are another test. I think we’ll pass it. Since we roasted them 5-0 pre season they’ve done OK. They’re second in Serie A, although there’s already a six-point gap between them and pacesetters, Juventus. They’ve mainly enjoyed marginal wins over mid-table sides and were beaten, albeit with 10 men, 3-1 by Juve at the weekend.

They do have riches across their squad. It’s virtually a who’s who of lads we’ve been seriously linked to in recent transfer windows — Marek Hamsik, Kalidou Koulibaly, Piotr Zielinski, Jose Callejon, Dries Mertens, Lorenzo Insigne. On paper they look star studded, and that’s just the way their new boss, Carlo Ancelotti, likes it. Carlo is not a guy who takes on rebuilding jobs. He likes to walk on the comfortable side, does Carlo. His is a career of smart career moves.

There’s enough attacking power in this Napoli team for it to be another test, as per the two against Chelsea, that will require Liverpool are mentally ready to resist a quick start. Napoli won’t have been thrilled to only take a point in their first matchday bout in Belgrade. There’s a pressure on them already to get a win on the board. Having said that, they’ll fear this Liverpool. God knows they were given a warning in Dublin six weeks ago. Maybe they take a canny draw, as Italian sides can be wont to do, banking on Liverpool to inflict further damage on PSG further down the line. Defeat is a disaster, of sorts.

I’d also take a draw. It would cement our position as the big dog in the group, whatever Paris do against Red Star. Our Anfield win over PSG set us up in a position where we could all but qualify by drawing every game from here on in. Winning, though, would be off the charts. Aside from the confidence it would engender ahead of the clash with Man City this coming weekend, it would all but qualify us. Few teams have ever failed to make it to the knockout phase with nine points. Beating Napoli would put us within three points of that target with four games still to play.

Win, and Jürgen Klopp leaves himself with the potential to be more experimental with his team selections further down the line. Win, and Champions League games become something approaching “free hits”.

The Liverpool boss has to weigh this tantalising possibility up against the need to ensure freshness and battle readiness in the immediate present. The rotation policy we have witnessed thus far, this term, has been artfully subtle. The defence only slightly tweaked, the midfield has seen a one-man adjustment here and there. 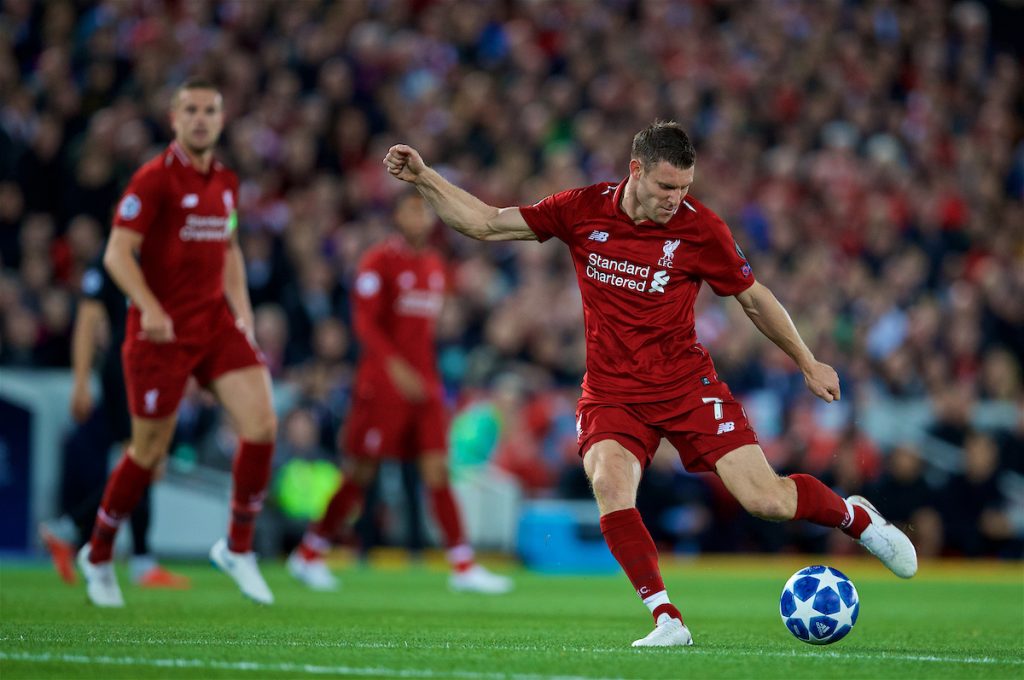 Sadio Mane has played in every game this season and would be the likeliest swap out, if Klopp looks to slightly compromise his selection for Napoli. The likeliest beneficiary if this happens is Xherdan Shaqiri. He deserves a full game on the big stage. He’s let no one down in cameos, and he’s hinted at having a really significant performance in his locker.

The near-obligatory single change in midfield should see Naby Keita return to the starting fold. Maybe at Jordan Henderson’s expense. Virgil van Dijk returned from injury at the weekend and was immaculate, but you wonder whether Klopp might feel his rib injury could do without the strains of three games in a week.

It’s to be savoured that we’re now having conversations and mildly fretting about best outcomes in competitions at the highest levels, and about our ability to be able to take on sides of the quality of Napoli without world-class performers like Mane and van Dijk.

For more buildup to the trip to Napoli, and extensive reaction in the immediate aftermath, SUBSCRIBE to TAW Player…