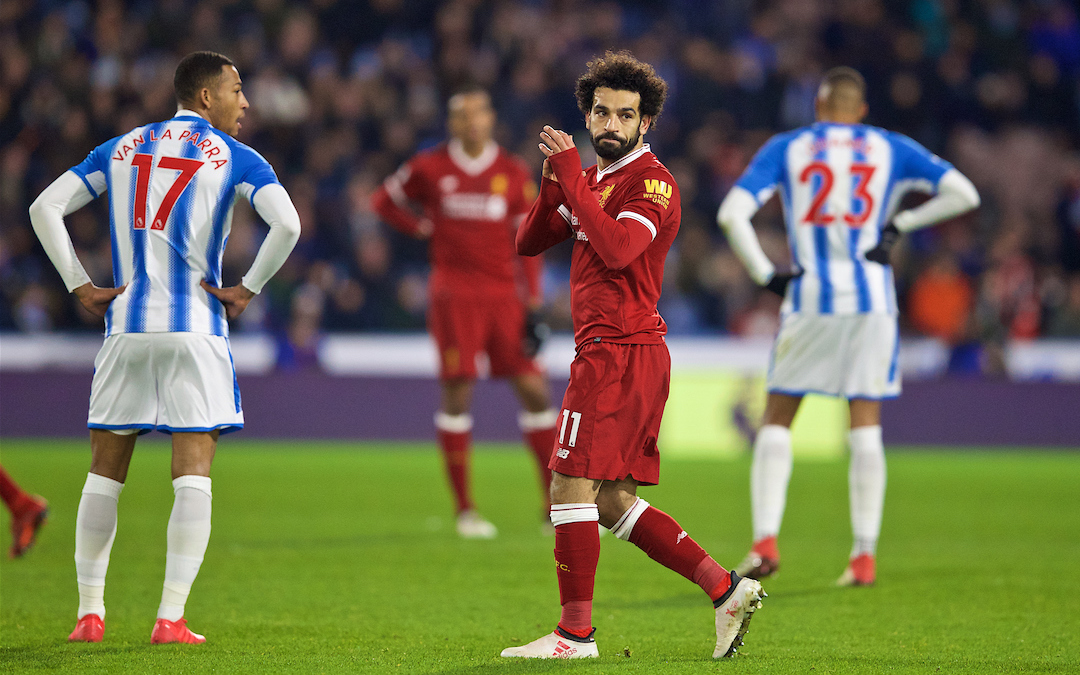 IT’S been an age since Liverpool played some football, in what was a taut match against Manchester City that seemed to last forever.

Time is passing and we have the third waypoint of the league season already in site. By the time we pause again for the next international break, Liverpool will have played 12 league games.

First up, these lads from Huddersfield. Managers used to say of this category of fixture, “they’ll be no mugs, don’t be fooled by the league table position”. Jürgen Klopp will have said something similar to the media.

His best pal, and manager of this weekend’s opponents, is David Wagner. He’ll say “we won’t lie down, we’ll take the game to Liverpool”. Words to this effect. They’re all lying, though. Wagner just wants this one out of the way. Klopp too. They take heroic failure, we take narrow victory. Minimum objectives.

Like bottom of the table luminaries Cardiff, Huddersfield are sinking fast. There is a shit or bust feel to this fixture, from their perspective. Liverpool haven’t faced a team potentially this poor as yet this season. Southampton, West Ham and Brighton have all been dispatched with ease. All a bit crap, but all a bit better than hapless Huddersfield. That’s no wins in eight league games Huddersfield.

Wagner’s woes are compounded by a mounting injury list. Terence Kongolo is out for a month, while Aaron Moy, Danny Williams and Tommy Smith are doubts for our game. These chaps aren’t household names but they’re what Wagner’s got and needs.

His team has scored just four times so far this term and shipped 17. He’ll remind them though that they had their moments last season. They withered badly after a bright start to 2017-18 but finished the campaign by holding Chelsea and 100-point Man City to draws. They have it in them – albeit deeply recessed within them – to grind out results.

And this will be the substance of Klopp’s chat to his men. Liverpool will be warned to respect and not underestimate the opponent. Wagner knows Klopp and Klopp knows Wagner. The Liverpool manager may prepare his team for an attempt by the underdog to go toe to toe. To attempt to press, harry, run. To try and drag superior opponents down to their level. That’s the Klopp way, and Wagner is schooled in it. 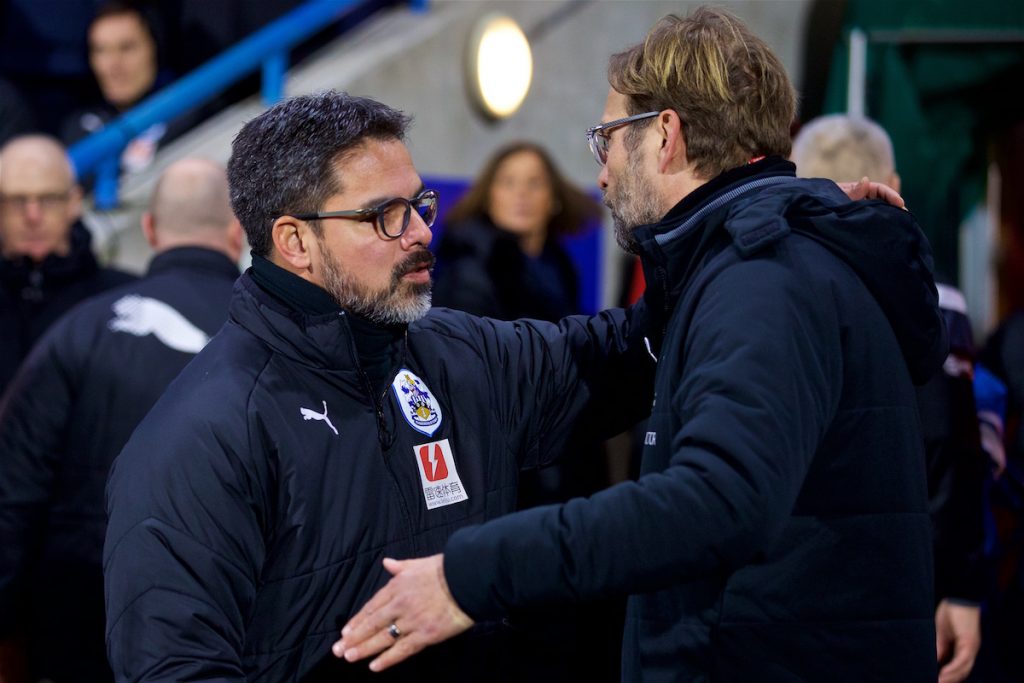 Klopp has, like the fans, endured a stressful international break. The stories of injuries and concerns about Liverpool players broke on a daily basis. There was Mo Salah with his tight thigh, Virgil van Dijk with his over tickled raw ribs, the sight of Naby Keita being piggybacked off a pub pitch, and news that Sadio Mane must undergo open thumb surgery to his left hand.

It seemed as if none of Liverpool’s luminaries would escape the course of international fortnight. Wagner might have taken encouragement from all this, though it seems his respite will prove short lived.

Van Dijk is good to go, according to his Holland gaffer Ronnie Koeman. Salah is also over the worst and apparently available. Sadio should also be able to contribute. Only Naby looks like he’ll need a couple of weeks recuperation. With James Milner and Adam Lallana also returning to the fold, it looks like Klopp might have some interesting options.

Liverpool face another intense programme over the next three weeks but the quality of opponent is decidedly lesser than faced over the preceding month. This affords the Liverpool manager some rotation opportunities.

Player of the month and joint top scorer Daniel Sturridge is fresh having not played for a fortnight. I think he’ll start. Salah will probably support him, with Xherdan Shaqiri also pitched in from the off in Mane’s position. Sadio possibly considered as a secret weapon from the bench on this occasion.

Mane could be joined on the sidelines by Bobby Firmino. He’s played for Brazil in the week and is entitled to a breather. It would be good for the development of this Liverpool squad if it could find a way to win efficiently with two of the first-choice front three rested. It is time for understudies such as Sturridge and Shaqiri to feel like natural-born first teamers.

If Milner is fit he’ll surely join Jordan Henderson and Gini Wijnaldum in central midfield. If it’s considered too early to drop him back in, then it comes down to one from Lallana or Fabinho. It would be interesting to see our new and as yet barely tested Brazilian pitched in, perhaps in a number-eight role. The back five, Van Dijk’s dodgy ribs notwithstanding, should pick itself.

Not winning on Saturday would be a kick in the pants for The Reds. For Huddersfield, most things short of a thrashing constitute progress. Here’s to a meeting of minds and the compromise of a safe and steady victory for resolute title-chasing Redmen.

For more buildup to the trip to Huddersfield, and extensive reaction in the immediate aftermath, SUBSCRIBE to TAW Player…

“Going on loan to West Brom and not being involved in that Champions League run, for him now to be back at the top table…” 🔴

“It’s a nice story for @DanielSturridge.” 👏

🗣 Listen to this week’s FREE ‘Weekender’ show ahead of Huddersfield tomorrow 👉https://t.co/5sutzzHNrd pic.twitter.com/CTdcwwQrem