How Gini Wijnaldum Has Exceeded Expectations This Season 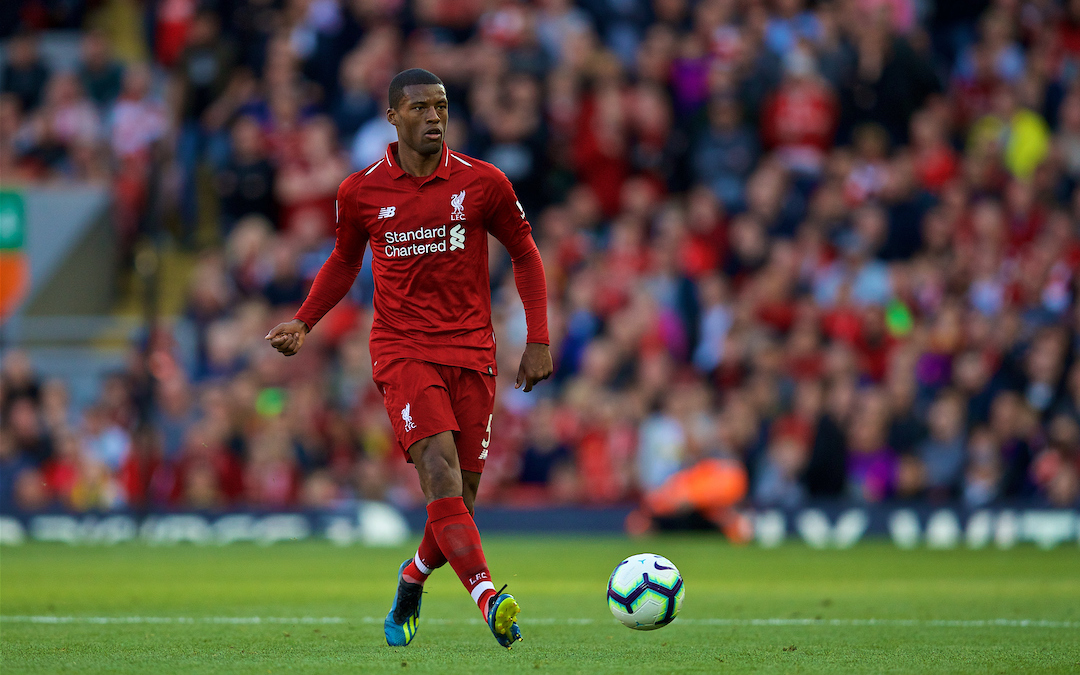 ONE of the main themes of Liverpool’s season has been the emergence of unlikely heroes.

Daniel Sturridge has had something of a renaissance in 2018-19, reminding everyone what a world-class goalscorer he is amid conversations around Liverpool’s misfiring front three.

Joe Gomez has been an absolute revelation, playing at the heart of a defence which has only conceded three goals in eight league matches and proving a few critics wrong along the way.

James Milner has consistently turned in man-of-the-match performances and shows no signs of being ousted from the team, even at nearly 33 and up against £100 million of midfield talent in Naby Keita and Fabinho. If the club announced its Player of the Year tomorrow, the Yorkshireman would probably be among the favourites and rightly so.

However, these case studies of success stories against the odds have somewhat overshadowed the achievements of one of the season’s most unlikely heroes, Gini Wijnaldum. To use a phrase which was coined to describe his compatriot Dirk Kuyt, Wijnaldum has been the man for the big occasion thus far.

Before the start of the season, the most likely midfield combination looked like it was going to be Jordan Henderson, Fabinho and Keita. This combination would see Fabinho used in the six and would utilise Henderson’s dynamism by enabling him to play further forward.

That’s something we might see more regularly as the season progresses, but if the first 11 games are anything to go by, it’s a good thing Jürgen Klopp gave the Dutchman the chance to impress. He’s started Wijnaldum in every Premier League game in 2018-19, and The Reds are currently joint top of the league with six wins from eight and three goals conceded.

These stats don’t just highlight the great job the goalkeeper and defenders are doing, they demonstrate how Klopp’s lads are managing different situations in all areas of the pitch. As we’ve seen time and again this season, particularly in the games against PSG at home and Chelsea away, game management is undoubtedly one of Wijnaldum’s greatest strengths.

Time and again, Gini has been there to nullify the opposition’s attacking threat by intercepting a key pass, dribble past two or three players when there’s a need to keep hold of the ball and play a blinding cross-field pass to set up the counter attack.

Not to mention his ability to break the lines, something which was highlighted by his goal for Netherlands against Germany the other night, where he glides past two players and drills it into the bottom corner – leading to some tongue-in-cheek Steven Gerrard comparisons.

If there’s one mental attribute Wijnaldum does share with Gerrard, it’s general game intelligence. This has seen him slot seamlessly into both a deep-lying number six role and further forward as a number eight.

In fact, what’s been refreshing to see, particularly when you consider Klopp bought a designated defensive midfielder this summer, is Wijnaldum’s defensive capability when he plays in the six – something he doesn’t get nearly enough credit for.

Thanks to his defensive and attacking prowess, Wijnaldum is integral to the quick transition Liverpool specialise in, which Pep Guardiola was quick to highlight in his post-match press conference last week.

We saw this in the home game against Brighton, where The Reds were under the cosh for long periods. In one instance, he wins the ball back, flicks it over an opponent’s head and surges into their half, helping see out the game in the process.

The one question mark over Wijnaldum since he’s been at the club is his ability to break 10 goals a season. The most he’s scored for in a season was six in 2016-17. However, he’s definitely got it in his locker and can pop up with goals at crucial moments in games, as we saw in the away match at Tottenham.

I might be preaching to the converted, here. We all know what a talented player Wijnaldum is, but in the context of Liverpool’s transfer business this summer, he’s undoubtedly exceeded expectations. 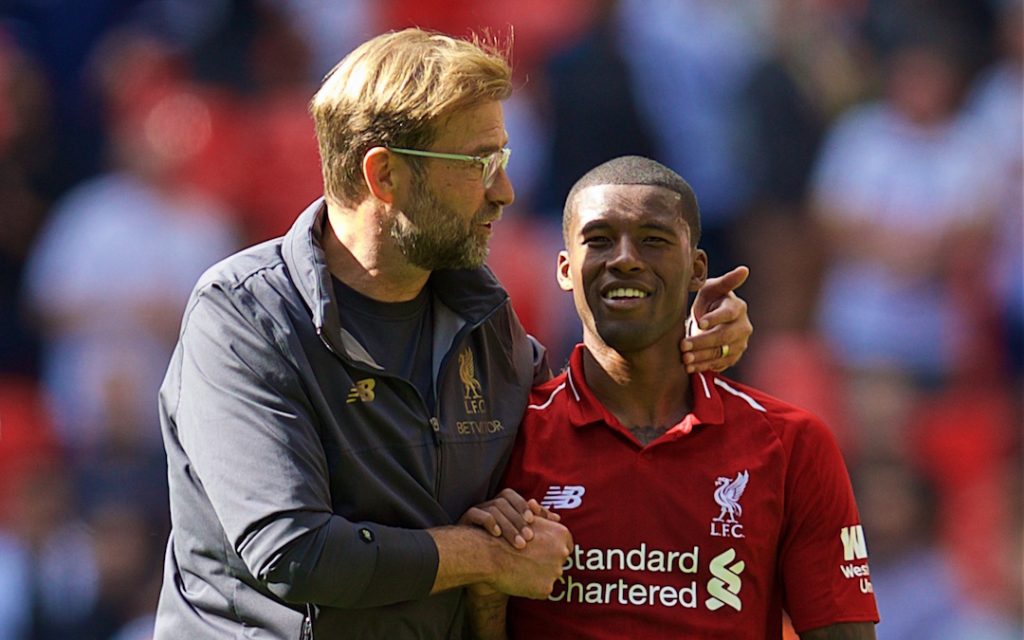 On the opening day of the season against West Ham, a few Reds were probably looking at the teamsheet and wondering how long it would be before Wijnaldum and Milner were inevitably dropped from the starting lineup. Now, it doesn’t feel like such an inevitability.

Like Milner, Wijnaldum is starting ahead of some big names because he’s producing the goods every week, which is testament to his manager’s pragmatism. Playing in Liverpool’s midfield under Klopp has always been a meritocracy and should remain that way if they are to challenge for major honours.

However, this works both ways, and Wijnaldum will be as aware as anyone that absolutely no one is invincible in this Liverpool midfield. Jordan Henderson (the club captain, lest we forget) has been dropped to the bench a few times this season, and Keita has been on the bench for the last few league games, despite a promising start to his Reds career.

The fact that Wijnaldum has been such a permanent fixture in this team while his midfield peers have struggled adds an extra degree of credibility to his achievements. Whatever the challenge, he’s shown what a gifted footballer he is.

That’s not to say that, at some point, we could see him dropped to the bench for a period. After all, rotation is going to be key in the later months of the season, particularly when the games ramp up again in December.

The thing is, we don’t need to worry about him if this happens. If he got dropped from the starting lineup, he’s the sort of player who would quietly get on with his job with minimal fuss and work his bollocks off to get back in the team.

For now though, a midfield without Wijnaldum in it seems almost inconceivable. As long as he keeps performing to the levels we’re seeing so far, we’ll be chanting his name match after match.