Could The World Cup Help Liverpool Solve Their Goalkeeping Situation? 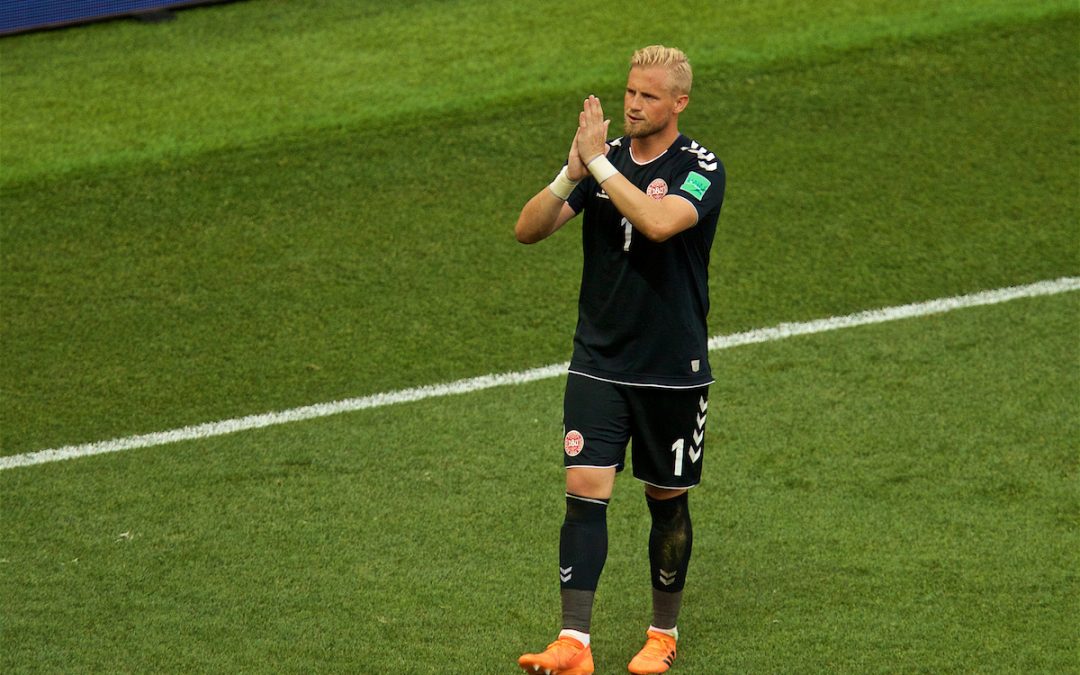 GOALKEEPERS seem to be all the rage at the moment.

With the World Cup knockout stages getting off to a flyer, Sunday’s action left two Premier League ‘keepers with questions to answer.

For Manchester United’s David de Gea those questions have mostly come from back in his home country, after a less than impressive tournament with Spain. For Leicester City’s Kasper Schmeichel people will ask how his heroics against Croatia didn’t see Denmark through to the quarter finals.

The goalkeeper question is something Liverpool fans are not alien to. It seems to have been top of the agenda at Anfield ever since Rafa Benitez left the club in 2010. The Spaniard’s departure was followed by the sharp decline of his previously ever-reliable compatriot Pepe Reina, who was eventually bombed out by Brendan Rodgers during the summer of 2013.

Since then, Liverpool have chopped and changed between the sticks but haven’t yet found a long-term solution. Simon Mignolet was Reina’s immediate successor. Brad Jones even had a go. Loris Karius has burned out heads in a short space of time, and now it looks like The Reds will need to spend big in order to solve the problem.

Karius may not have played his last game for the club, as some would have hoped in the aftermath of Liverpool’s 3-1 Champions League final loss to Real Madrid, but there’s no question it’s an area that still needs strengthening.

Potential departures for Mignolet and Danny Ward could also force The Reds’ hand, with both reported to be open to a move away in search of more regular playing time. Given Karius’s performance in Kyiv, it’s hard to see Liverpool going into the market for somebody to play second fiddle. 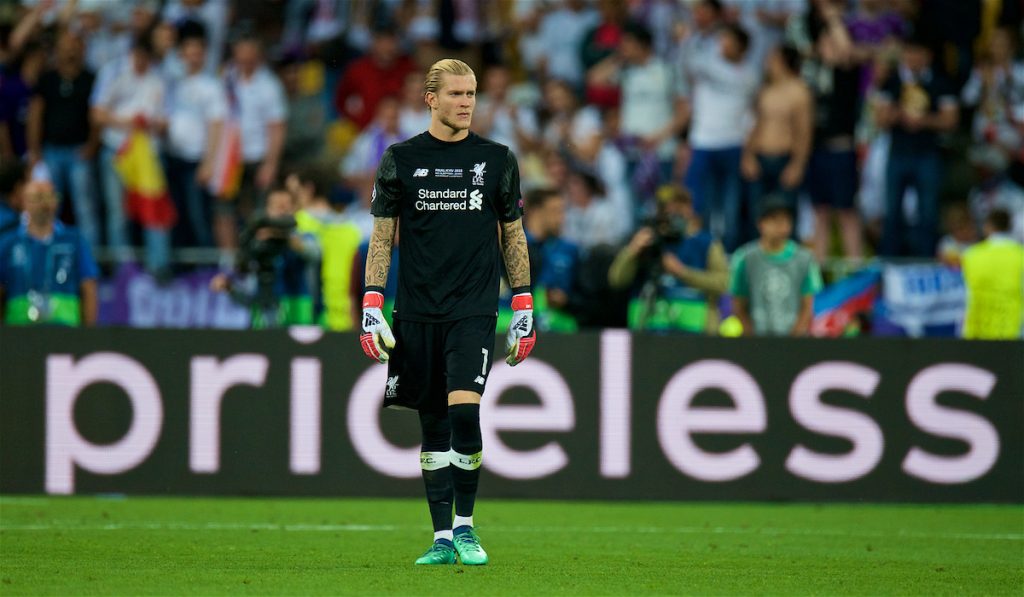 So who should The Reds be after? Alisson Becker is a name that has cropped up time and again, but there could be the added complication of Roma looking for compensation, of sorts, for Mo Salah’s massively successful season. Jan Oblak is another name that has been touted by journalists, and would seem a no brainer to many who have seen the Atletico ‘keeper in action.

It’s obviously early days, with the speed of the Fabinho deal increasing the expectation for more arrivals. The message coming from the club is that they will wait till after the World Cup to complete any further business. Yet, while there seems to have been movement of some kind around Nabil Fekir — despite current complications around the deal — and even Xherdan Shaqiri, things remain quiet on the goalie front.

Perhaps the stumbling block is money. There have been suggestions that Liverpool don’t agree with the asking price Roma have set for Alisson, and it would likely take an £80million release clause being triggered to force Atleti to part with Oblak.

If that is the case, a ‘keeper like Schmeichel Jr may set a few tongues wagging on Merseyside. For Denmark and often for Leicester, he has looked assured, quick off his line, good with his feet and has pulled off some great saves, not least during Sunday’s clash with Croatia.

With Roma rumoured to be interested, Schmeichel could be key to Liverpool’s transfer business in any case, where a move to the Stadio Olimpico could clear a path for Alisson to leave. But, should the Italians pass up the opportunity to sign the Dane, maybe Schmeichel should be the player The Reds take a look at themselves.

The Daily Mail’s north-west football reporter Dominic King tweeted yesterday that Schmeichel was not a player on Liverpool’s radar, despite several bookies listing The Reds as favourites to secure his signature. Perhaps their interest could be piqued further down the line if Alisson and Oblak prove unattainable.

Two other names that have hit the rumour mill since the curtain closed on the 2017-18 season are that of Jasper Cillessen and Gianluigi Donnarumma. Cillessen is second choice at Barcelona and despite claims that Liverpool had dropped their interest, Sport in Spain clam they would have made negotiations difficult anyway, as payback for The Reds’ stubborn stance over Philippe Coutinho. 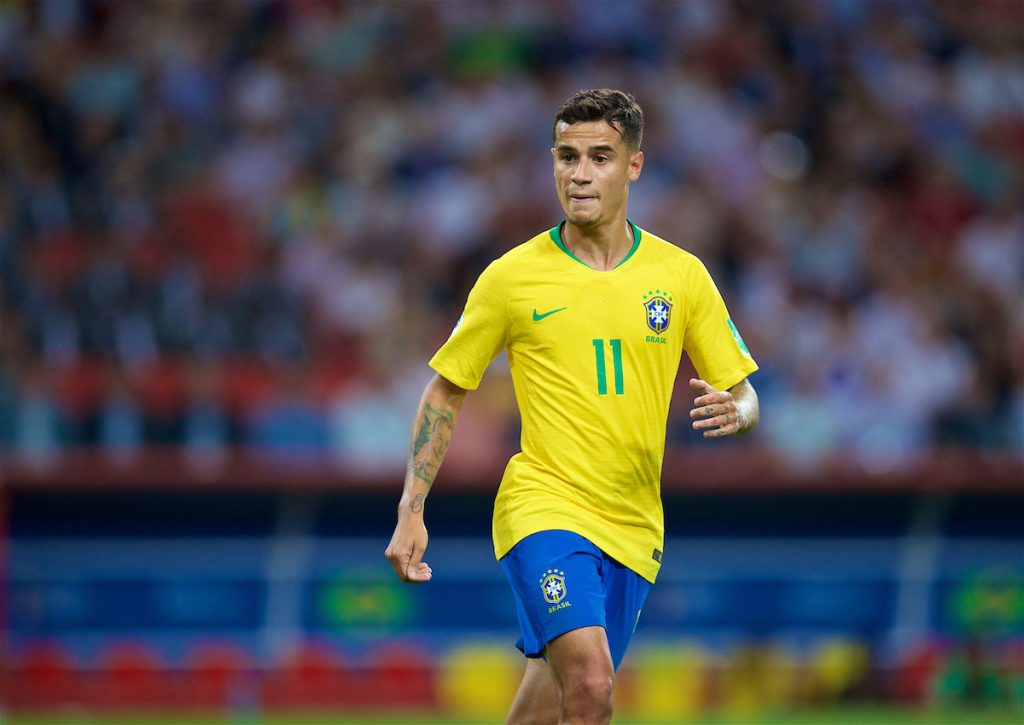 Meanwhile, AC Milan have reportedly set an asking price of over 50m euros for Donnarumma. His agent Mino Raiola believes nobody would pay that for the 19-year-old, but perhaps it would be worth it in the long run to sort out a problem position, although his lack of experience at the highest level may mean Karius continues to get a good portion of minutes — which would stick in the craw of some.

Despite having shown a propensity in the past for giving players a chance, it seems unlikely that Jürgen Klopp would want to be heading into next season with Karius as his number one, particularly if Mignolet and Ward were to depart and leave Kamil Grabara as Liverpool’s most likely second choice.

Some have pointed to de Gea’s performances during the World Cup as evidence that Karius could still turn his fortunes around, but there’s the obvious caveat of Man United’s first choice performing at a consistently world-class standard for several seasons, compared to a few months of steady progression from Liverpool’s German.

Whatever move The Reds choose to make could be crucial to their chances of success. Last season they made moves to shore up the defence, which has been subject to criticism for several years. A few more tweaks could be the ticket to long overdue silverware.

So what’s it to be? Twist and possibly reap the rewards that were within touching distance in Kyiv. Or stick and potentially be made to rue more ricks between the sticks.

For regular transfer rumour shows throughout the summer, as well as special podcasts around The Reds’ signings, SUBSCRIBE to TAW Player…

“Players tend to be either or attacking or more defensive… he can do both.” 👏@MelissaReddy_ on the Reds’ newest midfielder…