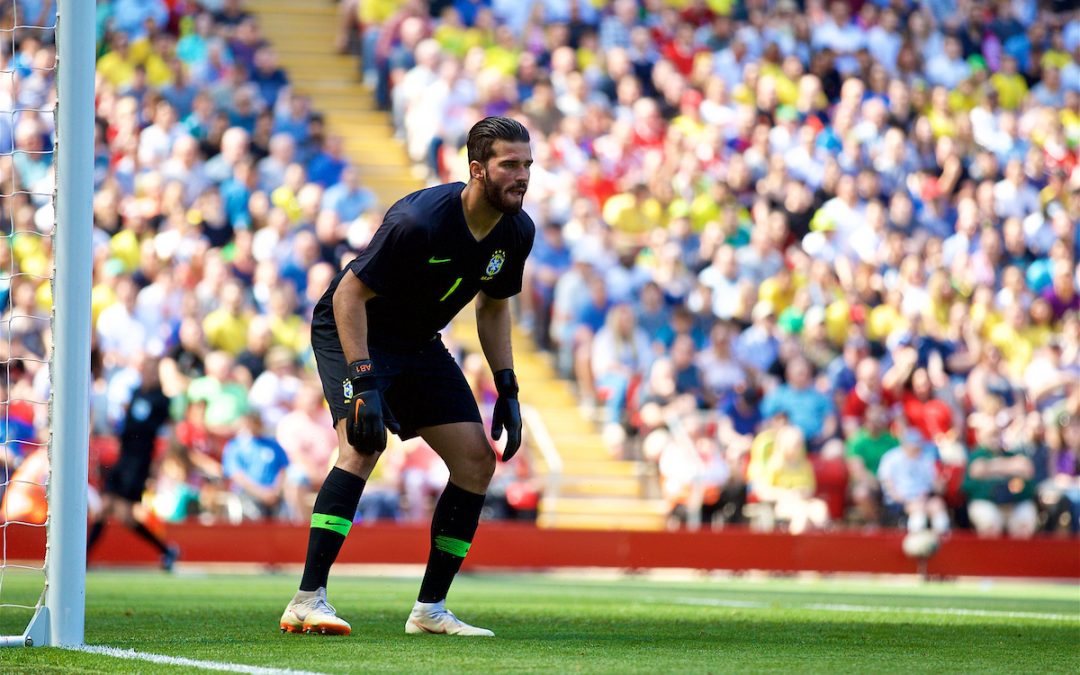 On the eve of Liverpool’s American tour there is the good news about Alisson joining the club for a World Record fee. What this means for the club is thoroughly dissected by John Gibbons and Paul Cope.

John and Paul though also reflect on the news around Alex Oxlade-Chamberlain and his injury woes. They look at what our rivals have been up to so far.

Also on the show is Ian Salmon talking about the second run of his acclaimed play Those Two Weeks.

Alex Baillee joins us to talk about about his photographs which illustrated Simon Hughes’s On The Brink work and which now are exhibited in Central Library throughout August.

And we end with Blackburn – Liverpool winning 0-2 with a Naby Keita masterclass. Mo Stewart, Paula Murphy and Kevin Murphy join us for that.

Hosted it all is Neil Atkinson. It’s everything any Liverpool supporter needs.