Citytalk: Liverpool In The USA 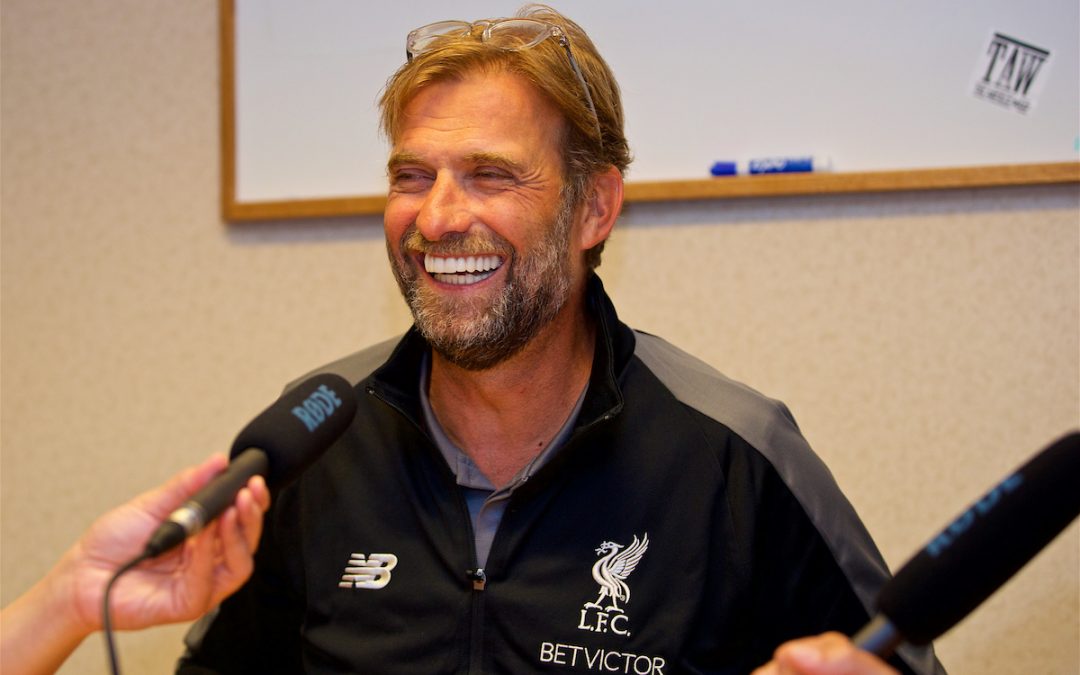 Liverpool’s preseason continues apace and now the first game is very much on the horizon. Liverpool face West Ham in less than three weeks.

The Anfield Wrap takes stock on Citytalk this week about where those preparations are up to. Both Mo Salah and Sadio Mane have returned to the fold and both looked very sharp against a young Manchester City.

We have a clip from our interview with Jürgen Klopp. That talk was fascinating is available in full through our subscription service. We also have the same with Andy Robertson, a man who now feels very much part of the furniture at Anfield even though he has really only emerged this year.

We chat about Curtis Jones and Rafa Camacho both making strong claims for themselves being available in Liverpool’s first team squad and we dwell on exactly how the United States has been for The Reds.

The Anfield Wrap is hosted by Neil Atkinson and he is joined by Gareth Roberts, Craig Hannan and John Gibbons from a Detroit hotel room.

To hear the full version of our Jürgen Klopp and Andy Robertson interviews plus transfer rumour shows right up to the deadline, as well as other excellent content and coverage of The Reds’ pre-season tour, and previews and reviews of every Liverpool game, subscribe to TAW Player…