The Anfield Wrap: Is It The End Of The Road For Klopp And Buvac? 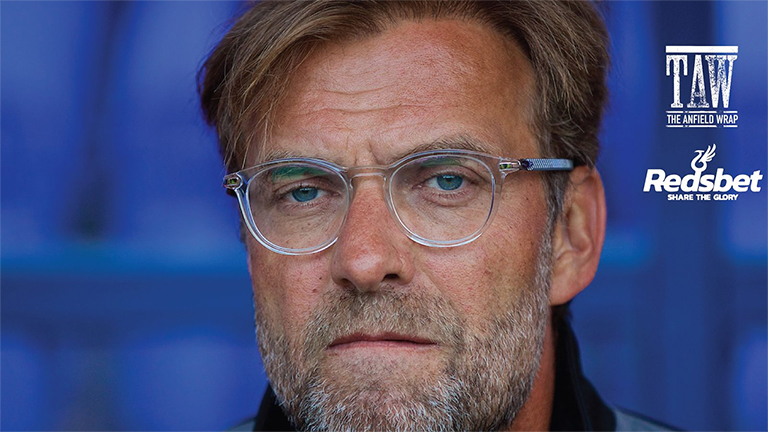 An unconventional Anfield Wrap this week sees Neil Atkinson host a long long at the aftermath of the World Cup along with the realities of squad management that now confront Jurgen Klopp.

What does an ideal Jurgen Klopp squad look like? Indeed, can such a thing be possible? The manager himself has changed his approach during his time at the club and looks set to continue that this season.

He does so with his long time assistant Zeliko Buvac who will not be returning to Liverpool. Does this complicate things for Klopp? Is there any plan to replace him?

We work through this with Melissa Reddy and Paul Hogan.

We talk to Rory Smith about Russia 2018 and look ahead to the chaos of a Premier League season no one seems entirely prepared for.

We have Matt Jones talking to us about Everton, their 22-0 win and Marco Silva taking stock of his squad.

John Gibbons is very excited by the tour which is ahead of the club and The Anfield Wrap as well.

It’s a taster of a lot of what The Anfield Wrap looks to do on a regular basis, in association with Redsbet.

[smart_track_player url=”https://audioboom.com/posts/6934194-is-it-the-end-of-the-road-for-klopp-and-buvac.mp3″ title=”The Anfield Wrap: Is It The End Of The Road For Klopp And Buvac?” artist=”TAW Player” color=”ffffff” background=”default” ]

Direct – The Anfield Wrap: Is It The End Of The Road For Klopp And Buvac?