Liverpool v Real Madrid: Forget The Fear Of Failure – These Are The Moments We Live For 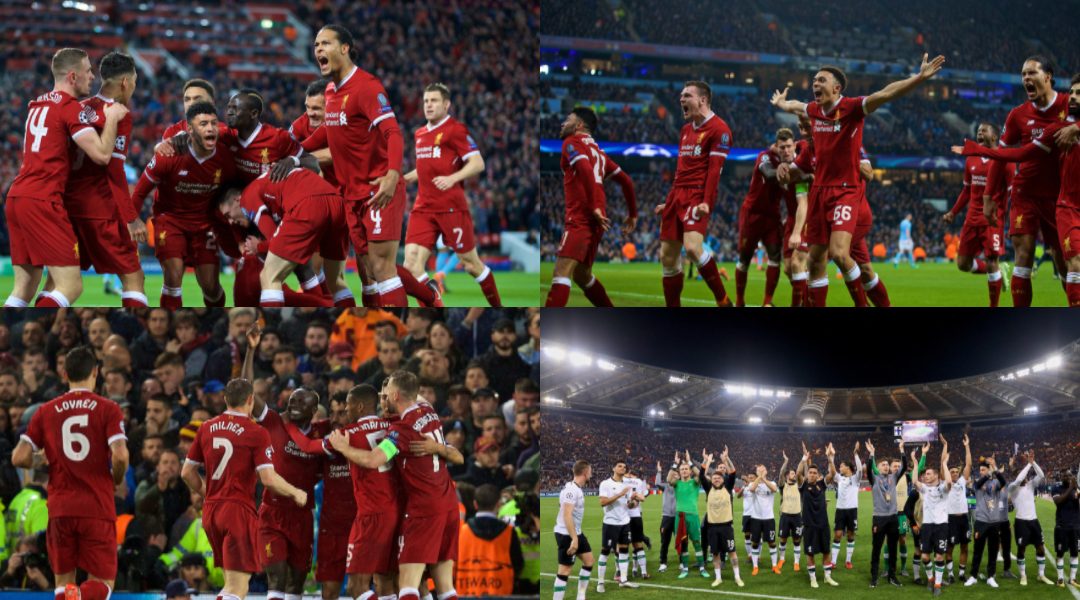 THIS is it, then. The biggest week of our lives, the only thing in any room you’re ever in.

I’ve thought about many ways to write this piece. But ultimately it has written itself, a shot from the hip aimed in the direction of Eastern Europe.

Now that you’ve opened this piece and began reading, and I presume you’re a Liverpool fan, although we know The Ev track all we do like some Cambridge Analytica data-absorbing intelligence tool for “Kopite behaviour”.

Anyway, if you are a Red, ask yourself one question for me: why do you want Liverpool to win the European Cup?

On the surface, the premise of that question was as absurd to me as it likely is to you.

Yet this week has pondered this question more with every shared story about fans’ motives and wishes for a sixth triumph in the Ukraine capital this Saturday night.

Although fundamentally the same goal, there are individually varying drivers for fans across the globe who are flocking to Kiev and those who aren’t.

I have personally been taken to task this week for my general relaxed approach to the whole occasion. While being lambasted by someone who I’d never met, this person gave me a frantic and unexplained dressing down about how Liverpool “have” to win on Saturday, with all the attached narrative that the enterprise is bigger than life or death, as Bill Shankly once famously quipped.

“I honestly think if we win this final it’ll mean more to me than Istanbul.” ✊

🗣 Subscribe for all of our buildup and reaction as the Reds look to make it number six 👉 https://t.co/Gz5drzSqLc pic.twitter.com/ExbHkXhA3N

Fear is a theme that has been particularly prevalent. Fear as a football fan can manifest itself in many different forms. It is easy in a situation like this to become the glass half empty and fatalistic type who is always waiting for the world to cave in. Making the whole realisation of this fairytale that has been Liverpool’s reemergence in the Champions League a crescendo of anxiety.

The problem with fear is that it engulfs you. You become surrounded by beauty and opportunity, yet have your head buried in a social-media wormhole looking for some form of reassurance about how Liverpool’s odds stack in favour of Real Madrid’s.

After next weekend, all of this will be over. Liverpool will return to its industrious and creative day-to-day functionality and Kiev will live in the club’s history in one form or another. This is a linear process nobody can change or alter.

Jürgen Klopp will immediately press ahead with his plans for how to repeat a history-making process in 12 months’ time and everyone will be reminiscing a fleeting moment when preparing to support the Redmen in a game of this magnitude was all that mattered in your life.

Another angle to this is the fear of others. That realisation suddenly that the only thing that matters in our lives right now doesn’t just become the most important thing in our world, it becomes the biggest thing in an Everton and Manchester United and even Manchester City world, for the most part.

The notion that rival fans will be literally hanging on to what happens on Saturday to shape their summers can unlock a plethora of negative emotions in yourself as a supporter. To become protective and defensive in these situations is understandable. Yet wanting to win for a purely point-scoring purpose, to gloat to an egg-shaped Twitter bot with the initials of a rival club in their username can become dangerously self fulfilling, if that is not what you’re ultimately seeking.

Maybe a glance back to Liverpool’s triumphant and historic victory against Borussia Dortmund in 2016’s Europa League quarter final is needed to act as a moral grounding in this instance. For six months after Liverpool’s eventual loss to Sevilla in the final in Basel, I couldn’t bring myself to think of Dortmund. I cast it aside and told myself and friends it had no form of credence, as the competition ultimately wasn’t won.

All of this, fundamentally, comes down to moments. It is moments in your life that will light up that internal picture frame we call memories when you finally stop and allow for reflection. Dortmund is now a moment to share and saviour for the rest of my days, the best a Wednesday night can offer in every sense.

“Istanbul belongs to a different generation… this is our time.” ✊

🗣 Subscribe to #TAWPlayer and listen to all of our buildup to the Reds’ eighth European Cup final 👉 https://t.co/Gz5drzSqLc pic.twitter.com/QGJOyVOeW4

A lot has been made of this season and this cup run. The notion that it serves a new and more youthful demographic of Liverpool fans is true and has been truly wonderful to see. However, we all want this for our own reasons, we all have our own journeys and our own motivations, and that should not be cowed by the fear of getting caught, the restlessness of water, especially not when this club and this manager have decided to dive in head first.

Liverpool are led by a man who believes in the bigger picture, a man who is only interested in the positivity a situation like this can bring, the moments that can be shared and the memories that can be made. Klopp will tell his players on Saturday that they are human beings playing/living a game in which they can either win or lose, but as long as they give the best possible account of themselves when they step into that arena then everything else is OK, losing is OK. Life and death this certainly is not.

So whatever the drivers behind wanting Liverpool to emerge triumphant, try to embrace this moment right now and ignore any of the irrational fear. This time right now is what matters; the privilege these players have placed on every one of us to saviour and enjoy these days of our lives should not be wasted on what ifs.

Take heart and hope in everything you see. Smile in the knowledge that all of our rivals would give absolutely anything for the flags, the pyro and the songs. They would do anything for the party to be in their house right now but it’s not, it’s in Liverpool’s. It’s dancing in our living room, it’s embracing in our kitchen until 4am. Hold onto it, don’t take yourself home early when this party is in full flow.

Today I feel alive, I feel relevant thanks to this journey and this thing we’re all part of. As the American artist Alice Neel once said: “People are the greatest and profoundest key to an era.”

The sentiment remains; this is about right now, grab hold of it, shape it and never let it go.