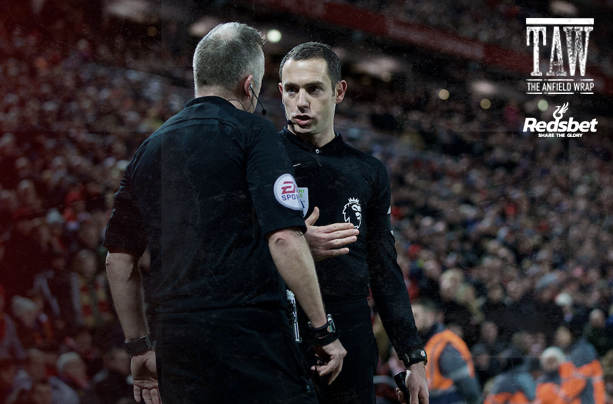 So much to talk about in Liverpool 2 Tottenham 2. Shall we run down the list?

– Liverpool’s excellent first half approach.
– Salah’s brilliance.
– Tottenham’s resilience.
– The atmosphere.
– The goalkeeper and the defence.

That’s right, The Anfield Wrap gets stuck into the refereeing. It needs to happen.

On this show are Gareth Roberts, Tim Smith and Ian Ryan; it is hosted by Neil Atkinson.

This is our flagship show. We do previews and reviews around every game and for £5 a month you can hear all our content. Click here to to subscribe.