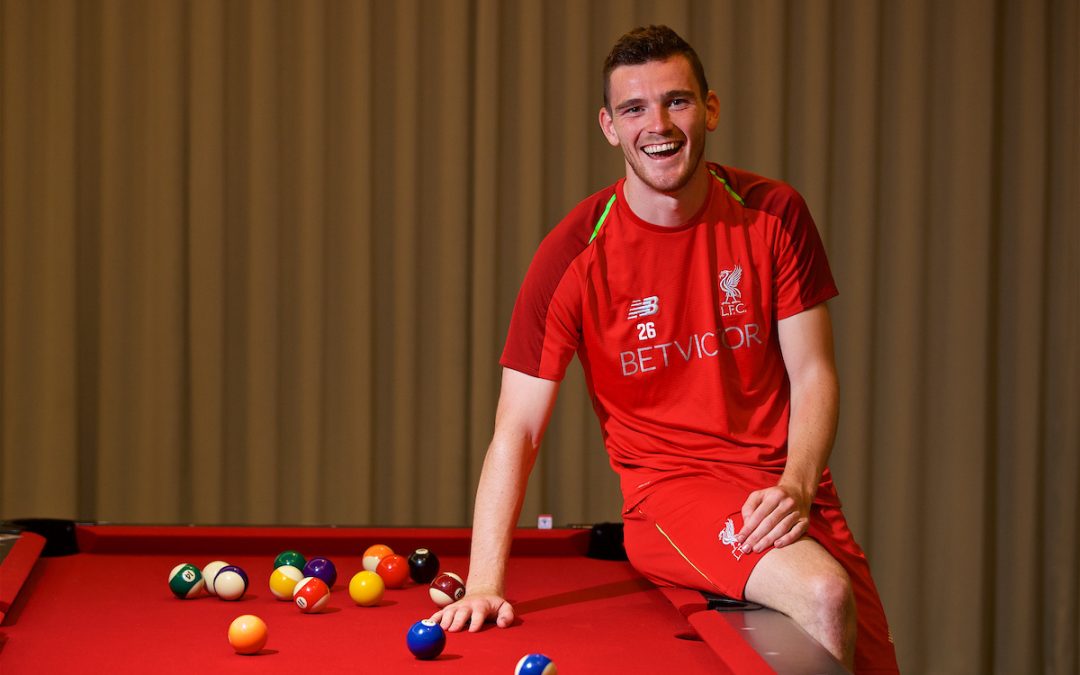 THE signing of Andrew Robertson has split opinion with a section of supporters refusing to get excited over a sub-£10million move for a relegated team’s left back.

There are voices endorsing the move, no less Roy Henderson in his article on The Anfield Wrap. Particularly those who, like Roy, have seen the 24-year-old come through the ranks in Scotland.

Somebody who knows as much about that as anyone is Jackie McNamara, the Celtic legend who made 256 appearances for The Hoops and managed Robertson at Dundee United during the 2013-14 season.

And Jackie was glowing in his assessment of the young Scot, believing there was always a chance he would make it far in the game even in the early days at Tannadice.

He said: “He was always on the front foot, his attitude was there and he always had a willingness to win and improve, for me as a manager he was great to work with.

“When he first come in I’d watched him at Queen’s Park and whether he was defending or attacking he was always on the front foot. His energy and desire to succeed were evident very early and I always knew he had a good chance of going very far in the game.”

That season Dundee finished fourth and played some really exciting, attacking football with Robertson at the heart of it, scoring five goals and picking up six assists as an attacking full back.

“His role was massive with his pace, energy and movement in that team in what was our best spell, though unfortunately we lost Andy and a few others,” Jackie added.

“I think Andy scored six or seven goals that year from left back which tells you how much we were attacking and how much we were in the opposition half and the freedom that he had to go and get forward, and he managed to chip in with so many goals and assists.”

One of the concerns when buying a young player on the cheap from a relegated side is that he isn’t ready for the demands of playing for a club like Liverpool, particularly with Champions League on the horizon.

But his former boss doesn’t see that being an issue given the way Robertson has rose to challenges previously in his career.

“One thing that’s for sure is if it doesn’t work out, it won’t be for a want of trying, he’ll give everything he has. You could ask any Hull fans and I’m sure they would say the same, he went there and was in the team straight away just like he was for me at Dundee United.

“As a 19-year-old you’re wanting to see how he beds in and he surprised me how quickly he adapted to the Premier League in Scotland, likewise when he went to Hull and with the Scotland team, he’s just took everything in his stride so far and I’m sure he’ll do the same there.”

Subscribe to TAW Player to listen to that Jackie McNamara interview in full as part of our Andrew Robertson signing reaction special. A subscription also gives you access to our podcast archive – here are some of the highlights so far…