LIVERPOOL: TOO EARLY FOR THE BRENDAN BLAME GAME? – FRIDAY COLUMN 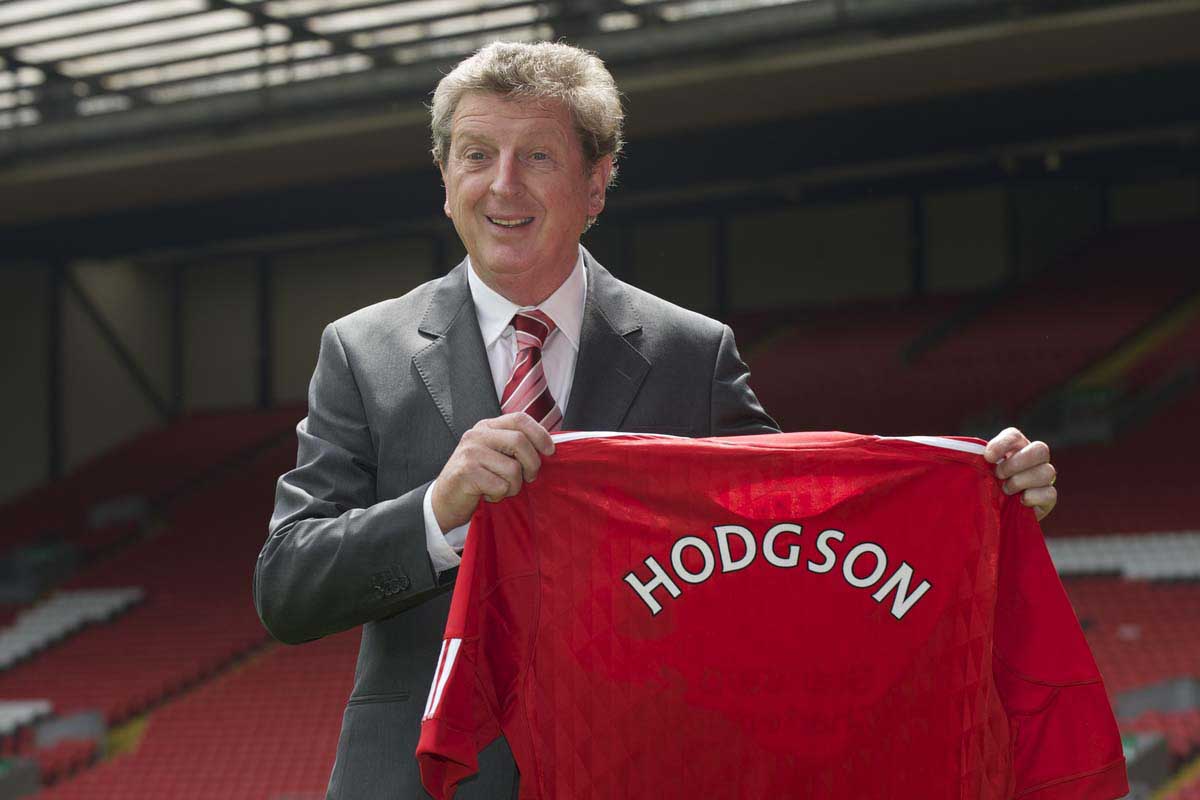 BILL Shankly once likened the pain in the wake of an important defeat to cutting your finger: “It’s very sore to start with. After a few days it heals up. And then after a week you’ve forgotten, until the next match.” One of the great man’s less-heralded quotes, and another that in the modern era seems increasingly anachronistic.

In the week that has followed Liverpool’s excruciating defeat at home to West Ham, far from the sting easing, the hurt lingers on. Much of the justified optimism gleaned from the opening three fixtures — and in particular the performance at Arsenal — was erased on one error-strewn afternoon at Anfield. The fall-out has been spectacular; the forums and social media criticism ramped up by the day, and most of it directed at Brendan Rodgers.

If the response to the unremarkable decision last week to send Lazar Markovic out on loan flushed out the latent dislike of the Liverpool manager, the surrender of an unbeaten home record against The Hammers stretching back to 1963 has brought his detractors out in droves. A 3-0 reverse, as surprising as it was disappointing, hasn’t been viewed in the context of an encouraging start to the season but instead with references to the May debacles at home to Crystal Palace and the infamous mauling at Stoke. The naysayers have well and truly crawled out the woodwork and only a win at Manchester United will see them burrow their way back in.

When FSG took the decision to back Brendan Rodgers in the summer, what they failed to account for is that a third trophyless season, ignominy in Europe and a sixth-placed finish leaves an impatient fan base with its finger permanently on the trigger. Suddenly, narrow wins against Stoke and Bournemouth are viewed as “lucky” and the excellent overall showing at The Emirates seen as no more than a creditable draw with the help of a linesman’s flag.

It would be easy to dismiss the fall-out in the aftermath of last weekend as familiar and tiresome Twitter fume, but the boos at half-time and the mass exodus after the third goal suggest Rodgers’s stock is just as low among the match-going support. Short of enduring good results positioning Liverpool comfortably in the top four, calls for Rodgers’ head will never be far away as the season progresses.

The patience levels and atmosphere at Anfield is bad enough without a sense that the crowd is constantly baying for the manager’s blood, but if Liverpool and Rodgers are to improve their home results and performances it seems they are very much on their own. For the moment the prevailing mood is embodied by watchful silence but any more Anfield slip-ups and it won’t be long before there is open revolt. And more planes.

To be fair to all supporters; those who voted with their feet as West Ham’s third goal rolled unchallenged past Simon Mignolet or those who took to phone-ins and forums to vent their spleen, a refusal to accept such a poor showing is what has kept Liverpool FC always on the verge of recovery from even the darkest of days. Diafra Sakho’s final nail in the coffin, though largely irrelevant, gave legitimate oxygen to fans bemoaning an unacceptable display.

What concerns me most though, other than Dejan Lovren suddenly tracing his family tree back to Croatian relatives of Pele, is the level and nature of vitriol towards Rodgers. This is just the tip of the iceberg and it’s not healthy. A season could be derailed before it has even begun. Much of the commentary on Rodgers now has him unfairly on par with Roy Hodgson.

Hodgson deserved everything he got; he made no effort to connect with the fans or the City, played appalling football in a draconian formation, talked constant self-serving drivel and had Liverpool languishing in the relegation zone. Rodgers, for all that 2013-14 is an ever more distant memory, came close to the Holy Grail.

Even last season had its bright spots; mid-season innovation and a run that promised a Champions League place — and brought two cup semi-finals. And, although you won’t need reminding, there was a creditable seven points from nine to begin this campaign. Quite frankly, he deserves better than being described as “clueless” and battered by tired, old clichés and personal attacks. However, what he deserves and what he gets are two entirely different things.

Even the most demanding fans could have expected no more than a return of eight or nine points from the opening phase of four fixtures before this weekend’s international break. Seven points isn’t quite what we would have wanted but it’s hardly doomsday.

This week, to at least put things in some kind of perspective, I cast my mind back to years gone by when Liverpool have endured a genuinely ropey start to a campaign well into the autumn and beyond.

Famously, under Bob Paisley in 1981, Liverpool slumped to 12th place on Boxing Day.

Of course, each of the managers mentioned had their critics at the time; hardly surprising given the sometimes abject win percentages cited above. What separates them from Brendan Rodgers though is their previous track record, whether as time-served Liverpool players, or as managers who had already brought success to Anfield.

They were each offered backing from the boardroom and support in the ground. Other than Souness, all of them eventually turned things round to an extent. It seems that Rodgers won’t be afforded the same patience — at least from the fans — for as long as his managerial CV remains undecorated by silverware, notwithstanding coming closest to returning the Championship pennant in the modern era.

From the outside looking in, from the perspective of FSG towards the manager this year, it appears it is top four or bust but with the majority of observers keen to move judgement day forward right from the off. After three years in the job, the only context considered is the failing of last season and the sole salvation for Rodgers this year, a trophy (maybe) or a return to the Champions League.

The burning question however is — should this be the benchmark? Should a place in the top four this season be deemed the minimum requirement before we consider rolling the managerial dice again?

It’s worth remembering that during the 1980s and 1990s, Liverpool spent money on a scale to outstrip or equal all our top-flight rivals. The financial doping that now almost guarantees Chelsea and Manchester City a place in the Champions League has moved the goalposts. Manchester United too, despite the Glazer debt, have thrown shed loads of cash at the problems caused by Alex Ferguson’s departure. Arsenal, more parsimonious this summer, have dug deep to recruit internationally-renowned names Mezut Ozil and Alexis Sanchez to bolster the appeal of perennial attendance at European football’s top table.

For all that Luis Suarez inspired the Reds’ title challenge in 2014; he was then sold from under Rodgers’ feet. This summer the club has cashed in on Raheem Sterling, regardless of his intentions to leave. Selling your best players in consecutive seasons is bound to have an impact on performance. In particular, any manager has to adapt systems to fit players at his disposal and if personnel is constantly changing, finding a consistent pattern of play — something Rodgers’s critics highlight as a failing — becomes more challenging.

The words “net spend” became familiar during the latter part of Rafa Benitez’s reign. While some supporters point to the outlay required to support the overhaul of the last two summer windows, the net investment (no more than £20m) this year isn’t commensurate with achieving Champions League football.

FSG appear content to bask in the windfall of ever increasing TV funds and Liverpool’s growing commercial revenues and merely pay lip service to the aspiration of a permanent place in the top four. It seems the fans’ maxim that “We are Liverpool” is at odds with the backing provided by the owners and, if that is the case, Rodgers, or indeed any successor will be judged on his ability to overachieve.

The prevailing mood of the fans however is that Brendan Rodgers is underachieving, the collapse at the end of last season compounded by last Saturday’s Anfield wake-up call. Supporters don’t do perspective. Patience is wearing thin and discontent simmers beneath the surface.

It is hardly the worst start to the season and yet it feels like Brendan Rodgers is under pressure after one bad day at the office. Only good results can release that valve — and only for so long — before the newspapers pick up on the mood of supporters and feed a media frenzy. Losing hurts and fans suffer the most.

In years gone by The Kop would “circle the wagons” and back the players and manager to the hilt through more drastic slumps than this — but no more. Suddenly, the run of difficult upcoming away fixtures — and now a succession of home games in the image of the West Ham nightmare — puts Rodgers back in the spotlight. If he is to build a bridge over the troubled waters in the Anfield stands he needs results — and fast.