CAN I GET A REWIND? THREE LIVERPOOL REPLAYS WHICH LED TO FA CUP GLORY 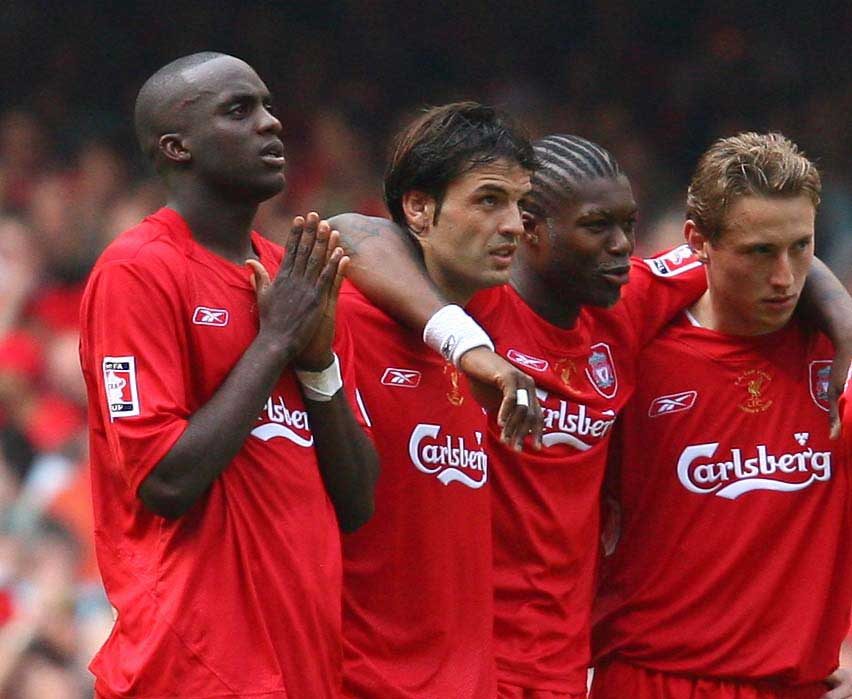 IT does rather feel like it’s just the FA Cup left for Liverpool now, making tonight’s quarter final replay a massive game for the club. Many will argue that we shouldn’t be needing to play a replay at all. Surely we should be beating Blackburn (and Bolton) at the first time of asking? They are possibly right, but when has it ever been plain sailing for Liverpool on the way to win a trophy? When have we ever done it the easy way? Here are three times we’ve needed a replay, or two or three, on the way to win the FA Cup. 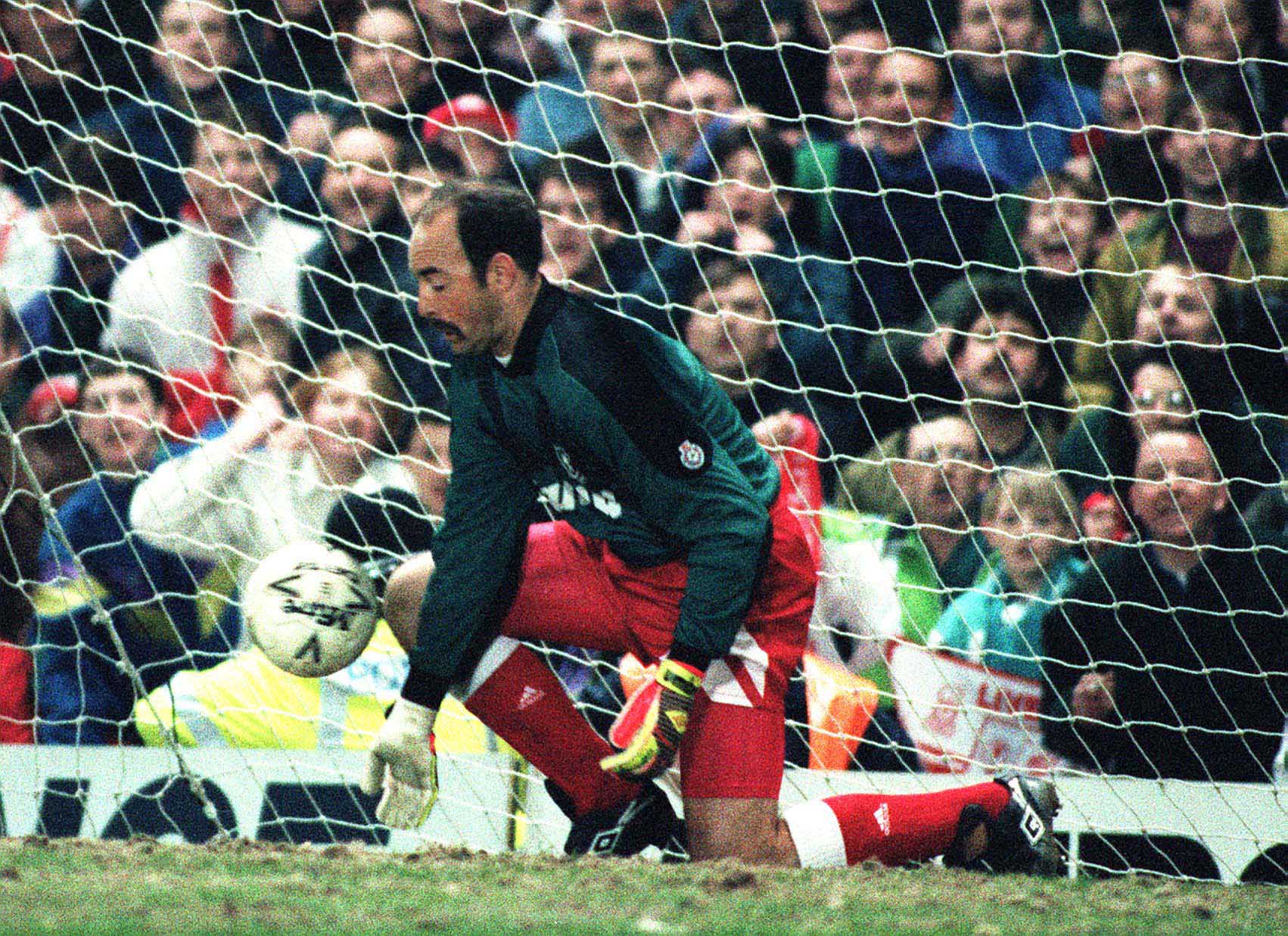 Second-tier opposition is about as good as you can wish for in the semi final of an FA Cup, but Liverpool were lucky to even get a replay out of this one, needing a late equaliser at Highbury to draw level. It is good to know the FA were messing around with kick-off times even then. They wanted this game kicked off at midday, but after protests from fans it was moved to a 1pm compromise. After a goalless first 90, Portsmouth took the lead in extra time with a young Darren Anderton breaking though the defence to score. Liverpool looked down and out, players, many of whom had been struggling with injuries all year, dead on their feet. However one last golden chance, a free kick in a perfect position, saw Barnes hit the post and Whelan bundle it in. Although Barnes didn’t actually know he hadn’t scored himself until after the game.

The replay at Villa Park, watched by manager Graeme Souness from his hospital bed, was also a stalemate but Liverpool eventually prevailed 3-1 on penalties. There is a great YNWA before the penalties and, in front of the Liverpool fans, Portsmouth miss their first, Barnes, obviously, scores and the Reds always look nailed on after that. There is a great Portsmouth penalty where Grobbelaar just stands in the middle and Warren Neill hits it right at him (see pic above). You never see that. Anyway Ian Rush, he could score a penalty when he wanted, and Dean Saunders, with the biggest run up you’ve ever seen, score the others and Liverpool are in the final. Both full games are on YouTube. BOTH! They are quite fun to flick through. But here are the goals from the first leg for those who haven’t got five hours to spare.

Even the double winners of 86 needed replays all over the shop to clinch the FA Cup that year. In the fifth round they couldn’t even beat York City at the first attempt. In fact that was the second year in a row York had taken Liverpool to a replay in the FA Cup. On this occasion the Reds eventually went through at Anfield 3-1. Liverpool needed a replay to beat Watford in the quarter finals too, drawing first at Anfield 0-0 to make life difficult for themselves by needing to win at a bouncing Vicarage Road.

John Barnes — him again — opened the scoring for Watford from a brilliant free kick seemingly won by Raheem Sterling. However Liverpool, in a glorious full white kit, stormed back brilliantly, equalising through a Molby penalty and winning through Ian Rush, adding ‘outside the area’ to the theme of goals you don’t associate with Ian Rush. I was four that day. Parents never took me though. 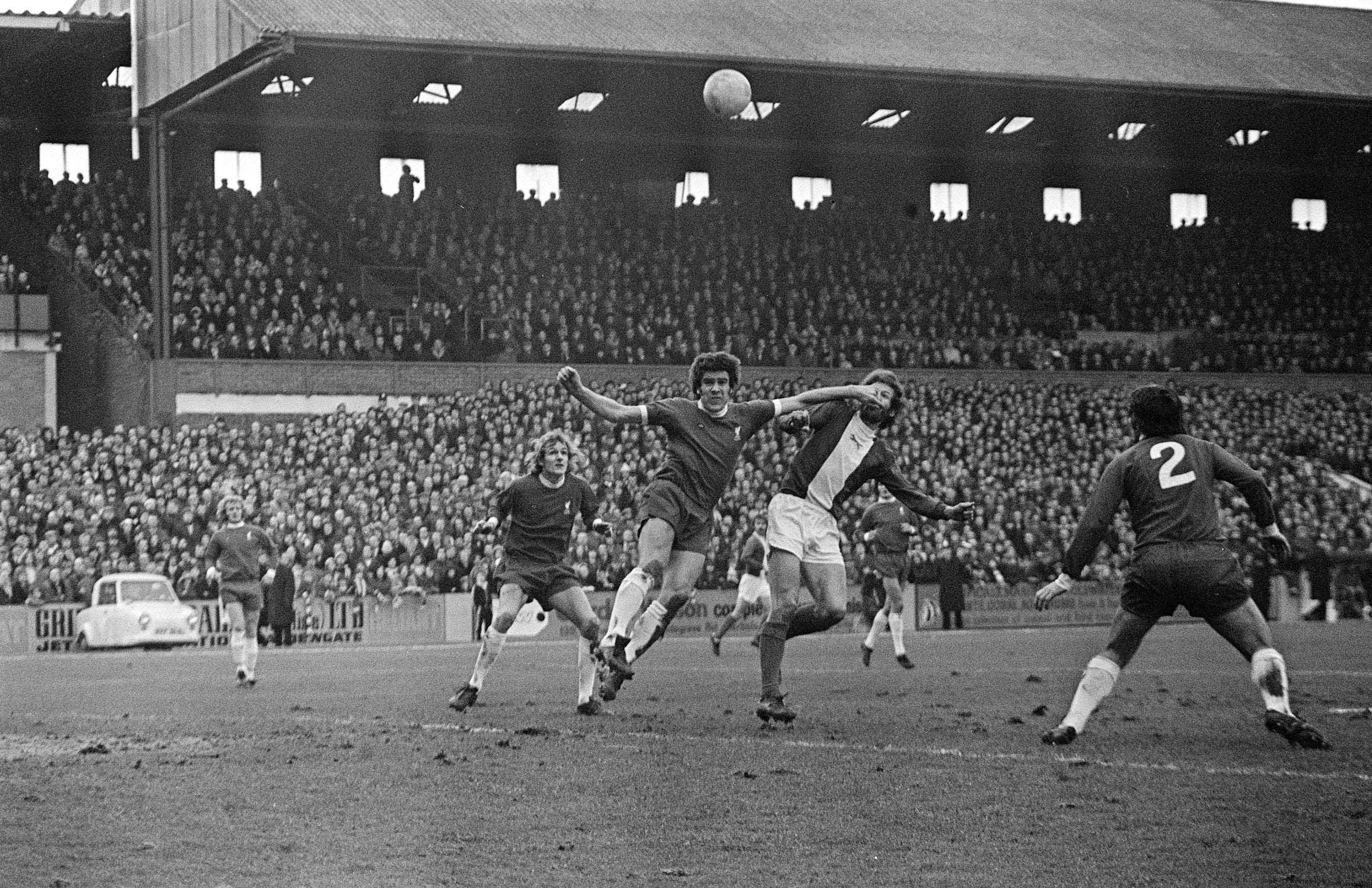 You think drawing at home to Blackburn and Bolton is bad? In 1974 we drew at home to Doncaster and Carlisle (that’s Emyln Hughes battering a Carlisle player in the replay above). Bill Shankly was still boss and he was lucky we didn’t have internet forums and Twitter or the words ‘past it’, ‘finished’ and ‘couldn’t pick his nose’ might have been thrown around. They won well away at both though, 2-0 on each occasion and eventually made their way through to the semi final.

Liverpool drew 0-0 with a Leicester at Old Trafford meaning a replay at Villa Park. Leicester were a good team, finishing ninth that season in the top flight, and took some beating in the replay, fighting back from a scrambled Brian Hall goal right after half time to draw level with a scrambled goal of their own. There is a fabulous piece of commentary in the game which says “Keegan, making all things possible…he really is alive”, and that was before he had hit a gorgeous first-time volley over Peter Shilton to take the lead again for Liverpool. Toshack finished it off late on and Liverpool were in the final. You can see 25 minutes of a wonderful game of football here