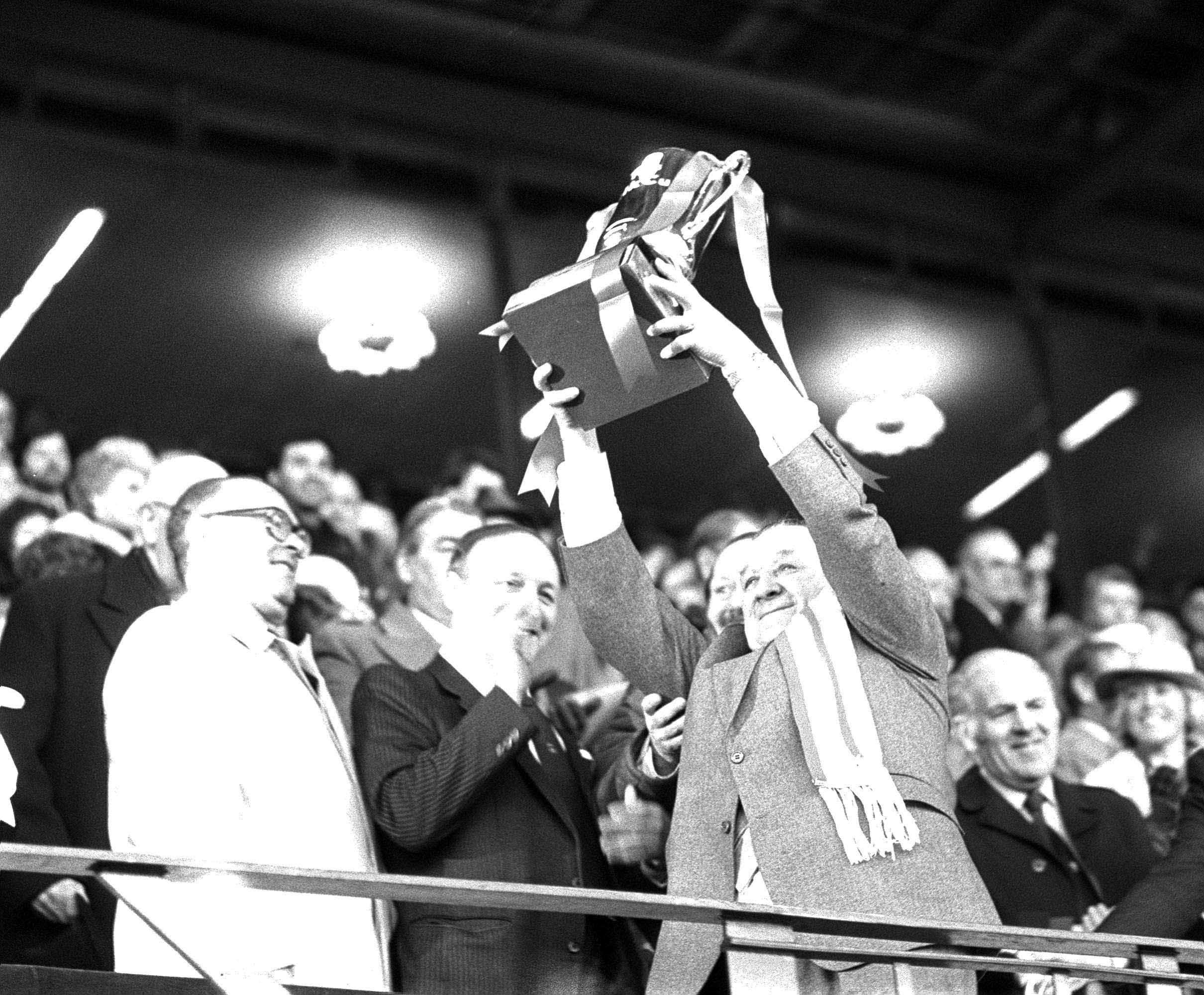 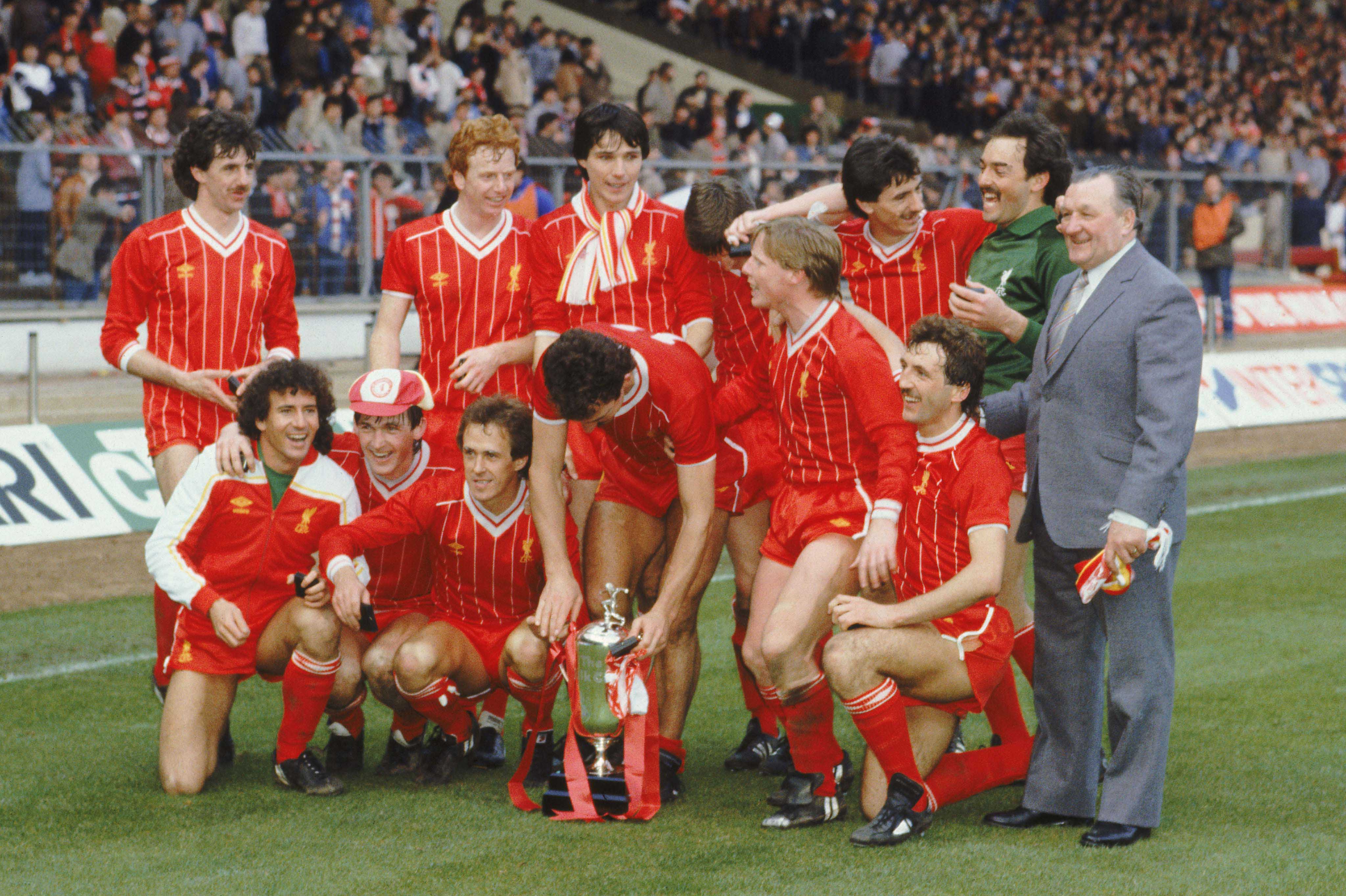 BOB Paisley led Liverpool out at Wembley for the last time as the Reds took on Manchester United in the Milk Cup final 32 years ago today.

17-year-old Norman Whiteside gave Ron Atkinson’s United a 12th-minute lead in front of a crowd of 99,000, controlling a long ball from Gordon McQueen on his chest before spinning Alan Hansen and scoring with an accurate finish to the corner of Bruce Grobbelaar’s goal from the edge of the box.

Both sides had chances in an end-to-end encounter, including Alan Kennedy, who fizzed a long-ranger just over Gary Bailey’s goal.

And it was the full-back who levelled for Liverpool on 75, another effort from around 25 yards bouncing in front of Bailey who got fingers to the ball before watching it nestle in the back of his net.

LFCHistory.net quotes Kennedy as saying: “I was on a cruise with the Norwegian branch of the Liverpool Supporters Club and they presented me with a picture of the goal I scored in that game.

“You can see all the Liverpool players laughing — almost in disbelief — that my shot was on target! They shouldn’t have been: a couple of minutes earlier I’d had a crack from a similar spot that missed by inches, so I was just finding my range.”

Grobbelaar was at the centre of controversy when a trademark dash 25 yards from his goal saw the eccentric No.1 fell McQueen but George Courtney saw it as no more than a yellow card offence.

At the other end, Liverpool fluffed a counter attack led by Ronnie Whelan and Ian Rush and the game went into extra time.

Kenny Dalglish was then clean through after some wonderful skill but shot straight at Bailey before Liverpool’s winner came with a exquisite 98th-minute strike from Whelan, who had also scored two goals in the previous year’s final.

The Dubliner had tried to link with Kennedy but when his pass was blocked he instantly attempted a sweetly-placed curler from just inside the box that left Bailey clutching at thin air and Liverpool with their hands on the cup.

A flat-capped Paisley was as cool as ever, no emotion on his face despite the extra-time drama but he was less pleased in the second half of extra time when David Fairclough wasted a chance, his own profligacy leaving the flame-haired substitute striker beating the ground in frustration.

The super sub did better with a second chance, forcing a save out of Bailey, before McQueen headed over at the other end and Fairclough blazed a third chance wide.

It mattered not as Liverpool won the competition for a third year running, with the players insisting Paisley, in his last year as manager, lead the team up the famous steps to collect the cup — his 19th major prize.

Paisley later paid tribute to Whelan in the book Bob Paisley’s personal view of the First Team Squad of 1986-87, saying: “When those special matches come round and there are medals to be won and the pundits are asking whether the match winner will be Rushy or Kenny or Brucie, then I look past them all towards Ronnie Whelan and think to myself: ‘There’s our man for the big occasion.'”

A Statue for Bob:

listen to ‘John Keith’ on audioBoom