HALF AND HALF SCARVES: TWO-TEAM TRASH THAT BELONGS IN THE BIN - The Anfield Wrap

HALF AND HALF SCARVES: TWO-TEAM TRASH THAT BELONGS IN THE BIN 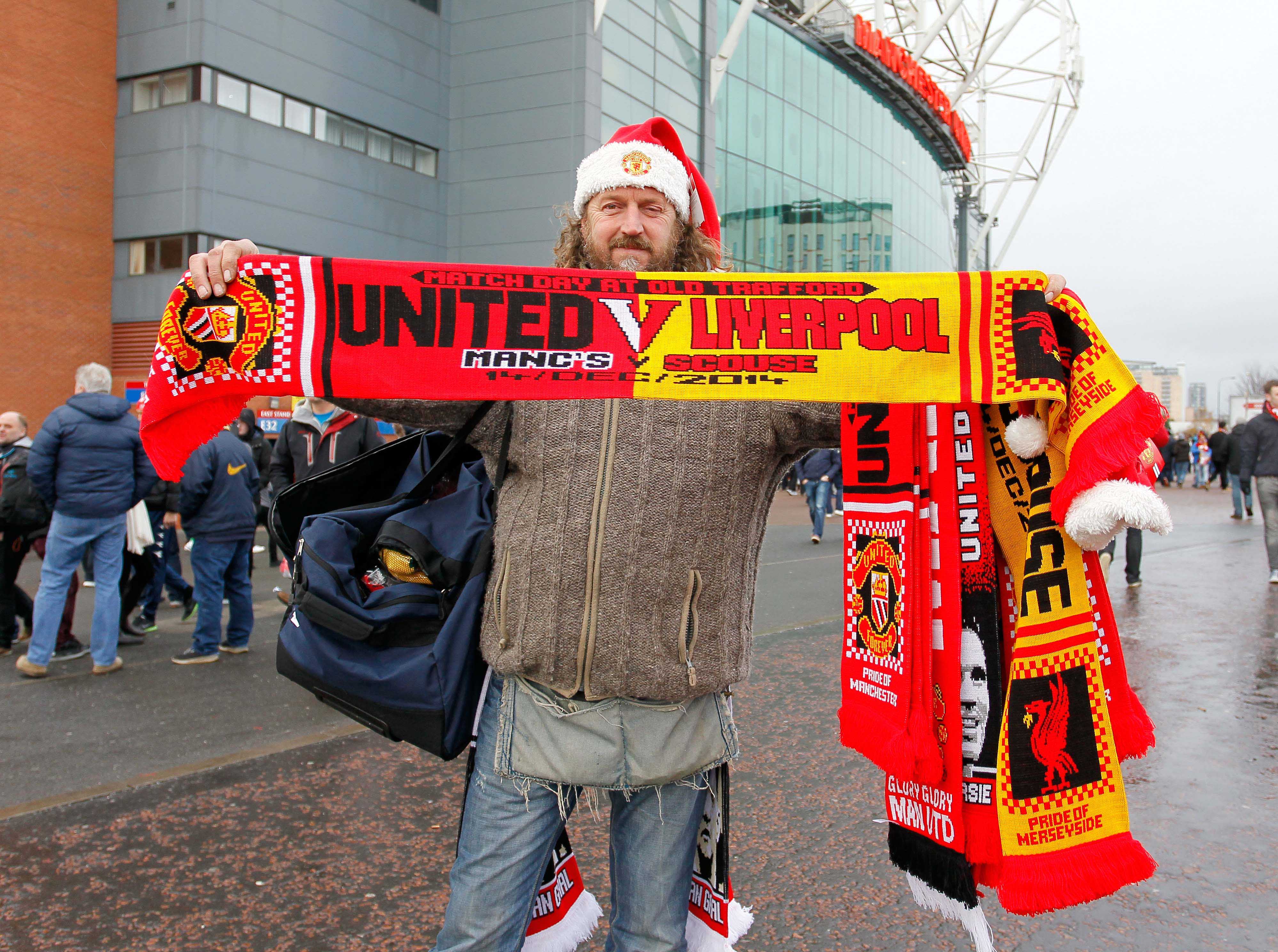 YOU can tell me there are more important issues in football in 2015; that in the grand scheme of things it matters little. You can say it’s harmless, insignificant, a mere side issue when held up alongside things that need tackling with urgency: like spiraling ticket prices for example.

You can tell me that the game has changed. That it’s not the 80s or the 90s. That football culture has moved on, that society is different. You can say all that. But if you say it to me wearing a scarf that is half Liverpool and half Manchester United you won’t be taken seriously for one single second. How can anyone be taken seriously offering opinions on football culture wearing that?

Despite the odd attempts to downplay the game in some parts of the national media last week, a game between Liverpool and Manchester United is one that always matters. One that supporters at either end of that crap motorway everyone likes to reference are desperate to win. It’s never ever a bald man fighting over a comb. It’s never ever meaningless. And it’s the last fixture on earth that should have a half and half scarf made for it. Nobody in the world can seriously support Liverpool AND Manchester United. How can you? It’s a long-standing deeply ingrained rivalry. You’re one or the other. So why choose to carry around a traditional item of support featuring both names and both badges? It’s just downright weird.

Ah, yes, you might say. But it’s just a souvenir. It’s like buying the programme or a pin badge. But it’s not. Not to me. I’m well aware it is just a piece of material but it’s what it represents. When I go to Anfield I want to be surrounded by a baying partisan ballsy crowd — a group of people that wants to urge on Liverpool no matter what, that will shake a fist, scream and shout, appeal, intimidate the referee and show the bastards at the other end of the ground how much we care.

If you’re stood at Anfield with that thing above your head with Manchester United lining up as the opposition, as people were, in a game that despite all the santisation and supposed changes of mindsets remains gloriously hate-filled, passionate and important, then you fundamentally don’t understand what football is about as far as I’m concerned.

Everyone has been banging on about Steven Gerrard’s sending off but there’s no real debate is there? The tackle he threw in was glorious. The stamp that followed was stupid. Why did he do it? Because he was like a coiled spring after watching Liverpool’s hated rivals boss a half at Anfield. He’s a fan as well as a player. A local lad. A man who got a clip from his dad for putting on a United shirt as a kid. He knows how much it means. Is it really too much to ask that people turning up at Anfield for arguably the biggest home game of the season recognise the same? Would Gerrard wear a half and half scarf? Exactly.

I realise here that I may be treading into “proper fan” territory, as detailed by Martin Fitzgerald yesterday. But so be it — no, there aren’t rules, but there is common sense, there is pride and there is an identity and tradition to uphold. The Scousers v Wools debate is not something I’m looking to get into — if you want that it’s on the same old forums in the same old places. The ground contains both. That’s been the case for a very long time  and it’s not going to change anytime soon.

I recognise the globalisation of football. I understand people come from all over the world to watch Liverpool. The club has helped to put the city on the map. As I’ve written before, I’m broadly sound with it — you can’t knock the commitment involved for those that truly love the club to follow the team from so far away. There are people who ‘get it’ from all over the world. And there are people who oh so blatantly don’t.

Slap bang among those that fundamentally don’t ‘get it’ are people with those scarves — a product that for grown adults wearing them basically announces them as a consumer of football, not a lover of it; not a supporter in the truest and most traditional sense of the word.

That Liverpool and United are rivals is everywhere. Surely the aggressive marketing that tempts in the experience hunters mentions that? Broadcasters never fail to bring it up. The papers do too. It’s omnipresent, in your face. So again — why would you want to wear something carrying the mark of the rival while standing in The Kop? It can only be that you’re a bucket lister. That you want to go to one of the biggest sporting occasions in the world and say you were there. Fine. But still — why would you want to stand out as someone who couldn’t be arsed to give even a cursory nod towards a long-standing, and at times extremely bitter, rivalry? Would you go to Barca-Real and buy a half and half? The Milan derby? Celtic-Rangers? Liverpool-Everton? Oh… 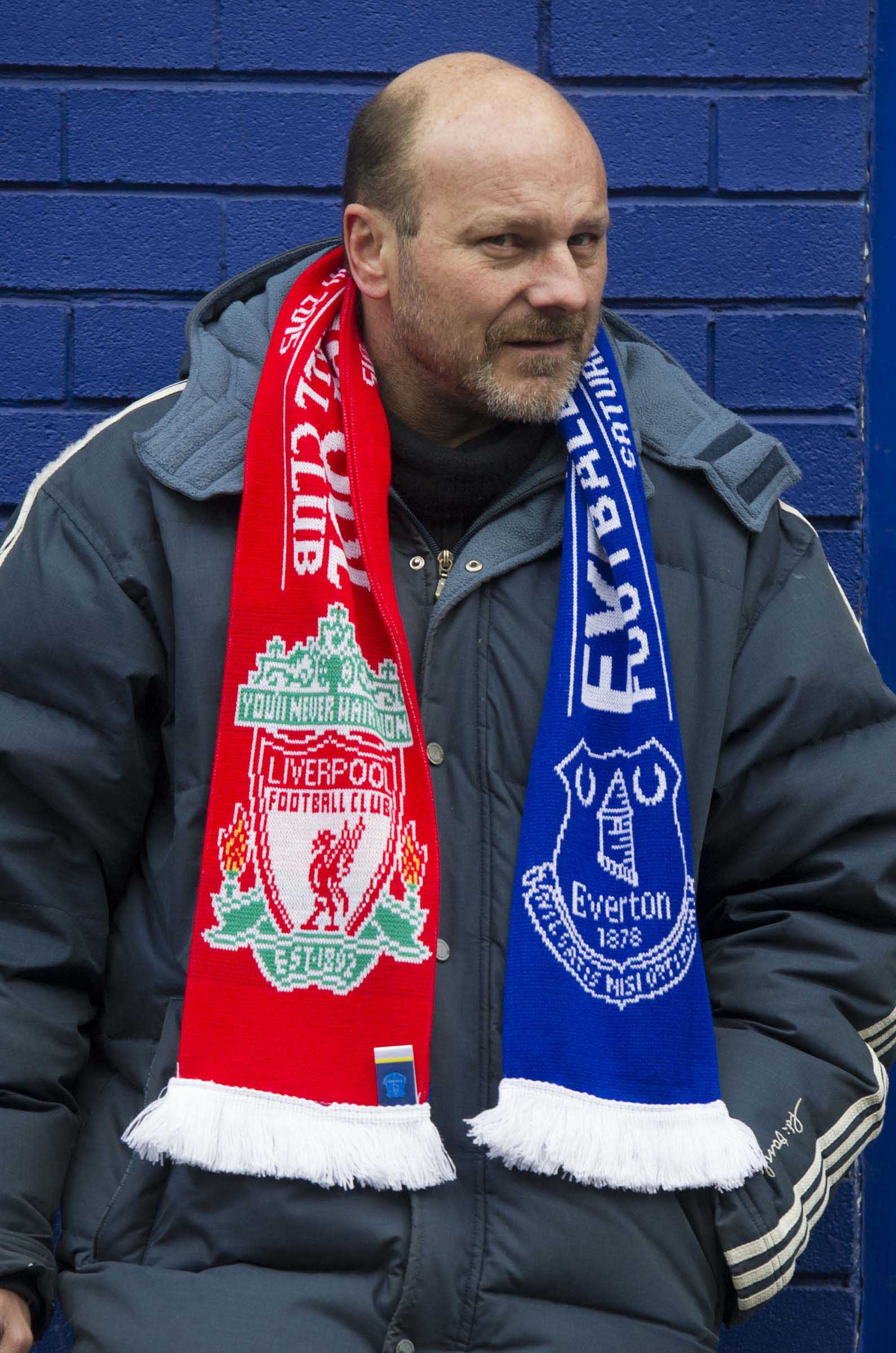 I’ve got no problem in saying that if a bucket lister with no real interest in Liverpool occupies match-day space at the expense of someone who wants to sing, shout and back the team they love, then that’s a damn shame. I accept it is the reality of the situation. Touts are cashing in on these people. The club is tempting them with ridiculously priced travel packages. Our own fans are flogging seats for games such as these to fleece the clueless and pay for their own tickets for other games. All feed the problem.

I have no solutions — I appreciate the difficulties. I don’t know how you change it, but it doesn’t mean it isn’t a frustrating phenomenon — particularly as so many who live and breathe the game are priced out and will soon be joined by many more as the prices’ continual upward trajectory marches forward on trend.

Thomas Cook — advertising its ‘Official Liverpool FC Match Breaks’ — says this: “The unmistakable sight of Anfield as you emerge through the rows of terraced houses is an amazing spectacle. Once you enter the football stadium you’re presented with a wall of red from the Kop end, which will surely immerse you into the culture and spirit of the prestigious football club.”

Well guess what? The culture and spirit of the prestigious football club has not involved half and half scarves. It’s involved red and white ones. Or scarves with the name Liverpool on. Scarves with the Liverbird on, not a fucking Red Devil. You’ve come to say you were at Liverpool? At Anfield? Get a Liverpool souvenir then. If you want something with that other name on, go there and get it.

The culture and spirit of the prestigious football club has not often featured group selfies being taken on The Kop when Liverpool have a corner on 80-odd minutes against Manchester United. That happened. Right behind me. The songs, the banners — the intense, ear popping, hair-raising support that we have been part of down the years? That wasn’t generated by bucket listers who talk all the way through the game and don’t even know the names of the players performing in front of them. That wasn’t generated by impassively consuming the event before heading off to the next attraction. Wall of red? Not if people keep buying half and halfs it won’t be.

Thomas Cook go on: “The Kop is the most renowned stand at Anfield amongst home and away supporters with the people who occupy the stand referred to as kopites. Traditionally, Liverpool’s most vocal supporters congregate in the stand.”

Traditionally, Liverpool’s most vocal supporters don’t wear half and half scarves. So why wouldn’t long-term fans get angry when they see the Godforsaken items dotted around what was once a well-respected terrace; the envy of clubs up and down the country? 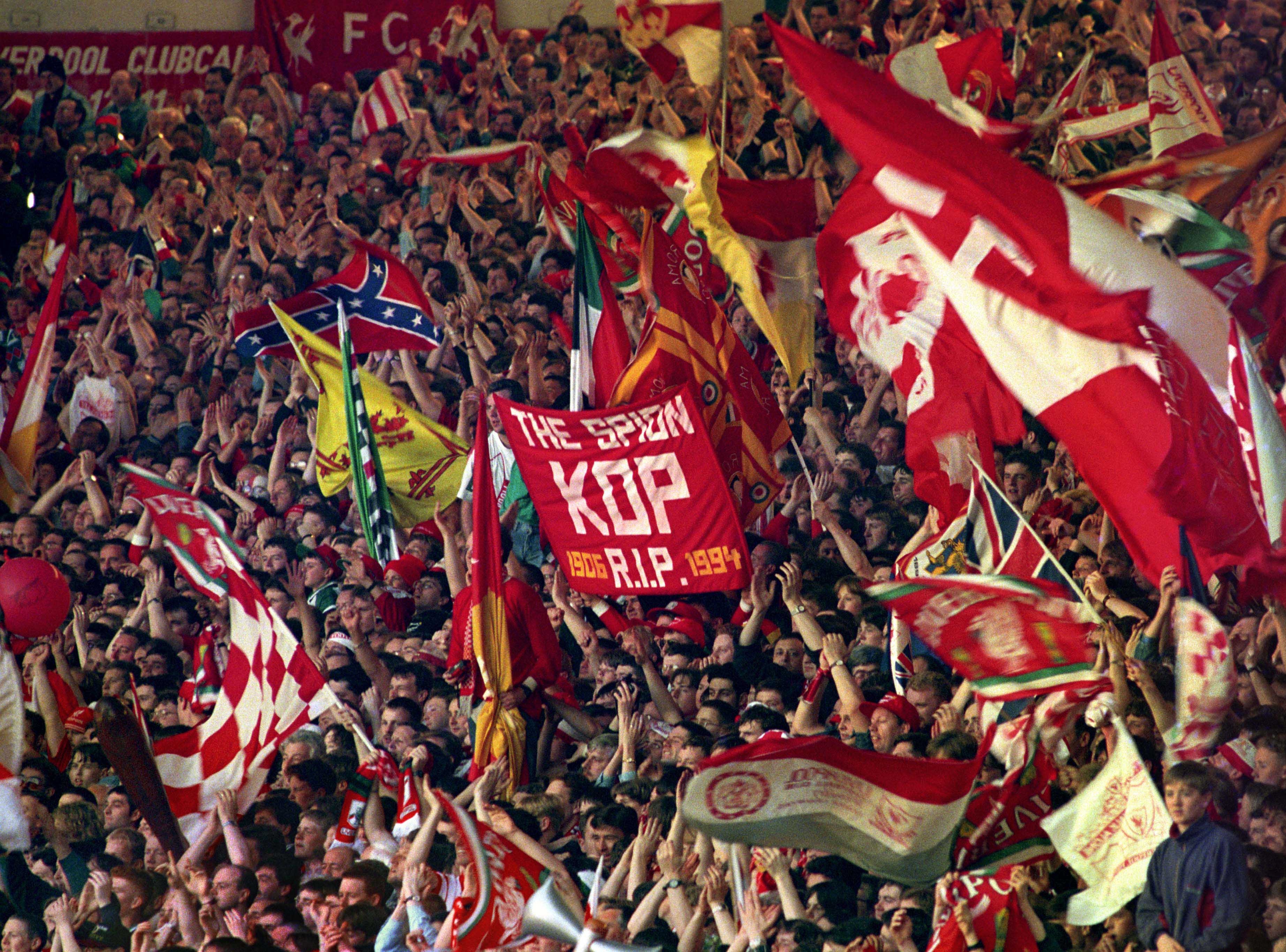 If people want to come to Liverpool and take pictures and spend money — fine. But why can’t they show the culture of the thing they’re desperate to be a part of some respect? Why must we dance around and make excuses for people who are diluting the very thing they have been sold? We’ve always regarded Anfield as special. As different. Shrugging off the symbol of a game lost to money is another step towards the cinema experience — “Sssshhh, the game’s on, pass me my popcorn.”

The 12th man is actively marketed as a Liverpool selling point alongside the wider push for the Premier League as a entertainment product. The 12th man has never donned a half and half. Instead of putting cringe worthy tat under the noses of those descending on L4 why can’t we try to keep Anfield special and different? Why do we have to glibly accept everything on the grounds of it being ‘how it is’?

Football grounds, city centres — they’re all falling into the trap of homogenisation populated by clones. Same songs, same PA-booming pre-match build-up, same shops, same bullshit. Forget the culture, chase the pound. Why can’t we say — why can’t the club say — don’t come here and be neutral, come here and make it special. We want noise and passion. If the idea is to come here to support Liverpool, then do that. Learn a song. Buy a red and white Liverpool scarf. Don’t buy the Sun. Don’t take the piss out of Liverpool the city and Liverpool the people.

And don’t stand in the Liverpool end with a fucking Man United badge hanging around your neck.

Get these people engaged with the culture, don’t just take their money. The message is clear and simple enough: it’s not a game where you shouldn’t care, it’s a game you should be actively involved in.

You can be reductive about anything. It’s only a scarf. It’s only a blue Liverpool kit. It’s only a ridiculous monstrosity of a mascot. What it is, is change. And not change for the better. That’s why people get angry. It’s not a life choice — it’s caring about something you love and being heartbroken by the direction it’s going in.

Half and half scarves represent the dying of the very thing that attracted the money, the TV companies and the wordwide interest — the fan culture. Pride, passion, identity and the tribal joy of following Liverpool Football Club is not represented by an item on your person that bears your rival’s badge. Those that are consumed by everything Liverpool and have helped to make the atmosphere that is so revered — that have helped to make the banners, the flags and the songs — they know that; they wouldn’t be seen dead wearing a half and half scarf.